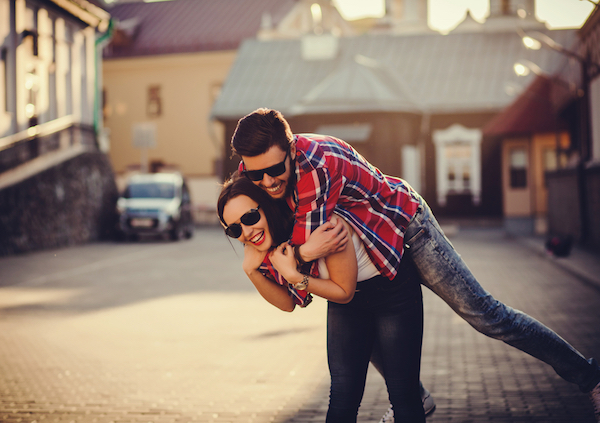 For many people, it’s a no-brainer when someone is interested or not interested. But for some people, it’s a lot harder to tell. This especially goes for when the other person plays mind games or has ulterior motives. When this happens, you might end up feeling like a fool, and because of it, acting out in a foolish manner by trying to read their minds, dissect every little thing that they say or do, and you might even start playing games back to them. Having said that, as easy or difficult as it may be for some people to know when someone is interested, it can also be hard for many people to tell when they’re dating the wrong person.

Here’s a list of 7 ways to know that you’re dating the wrong person.

They’re a closed book. It’s hard to tell what’s on their mind, and it’s almost as if you have to read into everything that they say to get answers or to know how they’re really feeling. And when you try to communicate to him or her directly, it doesn’t do any good. In response to your concerns, they might even tell you that they’ll change and start to open up more, but nothing changes, they don’t open up, and it’s the same old story. They don’t communicate well, they avoid confrontation, they’re the yelling types, or they might even be the types that aren’t in touch with their emotions.

This can be difficult when you’re dating or in a relationship with someone, because everyone likes, wants, and needs a certain amount of attention, affection, and love. Part of dating someone or being in a healthy and happy relationship, is getting enough attention, and being affectionate and loving. We all want to know that our partner is crazy into us, and they they love and adore us. And this even goes for early dating, because we want to know that the person likes us, and the best way to know that, is by seeing their actions, their words, but also, how much attention they give us. When someone is distant or cold, they either aren’t in touch with their emotions, they don’t know how to love, or they might not be all that into you.

3. They treat you like an option, instead of a priority.

They don’t make time for you. They don’t give you enough love or attention. And no matter how busy you or the other person is, you can always make time for someone when you’re interested enough. If they’re dating other people, and you’re not exclusive yet, their focus is likely elsewhere. But if they’re dating you, then they need to change their focus and make enough time for you, or you should leave and end the situation. During early dating, and preferably during the first few dates, you should give a situation a chance by only dating that one person. After about three dates, you should have a pretty good idea if they’re the right or wrong person, and you should either become exclusive or stop dating. Serial dating and dating many people at once can get confusing, as well as consuming, and no one will get enough of the love or attention that they desire. And besides, when you date multiple people at once, you’re not really giving any of them a genuine chance, because you won’t be getting to know anyone on a deeper level.

This is one of the most immature acts, but it’s also brutally common in the dating scene, and especially during early dating and before you really know a person well. There’s no need to stick around and keep dating someone who is playing games with your emotions. You have the control within yourself to either stay or leave. And you can stick around and be someone’s toy, or you can keeping looking elsewhere for your best possible match.

5. They’re indecisive about you.

They go back and forth with how they feel about you, and as far as what they want with you. They can’t make up their mind, and they act wishy-washy. One minute they’re in and one minute they’re out. They act like they’re so interested and possibly even in love with you, giving you a crazy amount of love, attention, and wanting to be with you whenever possible, always making the time for you, and always showering you with love and affection, and the next minute, they’re cold, indifferent, and act like a completely different person. They might be emotionally unavailable or simply not ready to date or be in a relationship.

6. They’re dishonest and hide things from you.

Honesty is one of the main foundation pillars for a happy, healthy, and loving relationship. Honesty must be there early on and from the get go. If someone is dishonest and tells you lies, white lies, or possible even keeps you in the dark and hides things, they’re playing you for a fool and you should leave. You can’t change a dishonest person into an honest one. Couples should be an open book, they should be honest to one another, and they should want to share things with you, trust you, and confide in you like a best friend.

7. You’re unhappier with them, than without them.

You should be smiling, laughing, and enjoying life more when you’re in a healthy situation, and when you’re with the right match. You should feel good, feel more alive, and have a soothing feeling of comfort to know that you’re dating or in a relationship with this awesome person who brings so much joy, light, and love into your life. You should feel more driven, more motivated, and more inspired to do great things in your life, and in every aspect. The right person will make you want to be the best version of yourself, and improve in many ways. They’ll inspire you and you’ll inspire them to be better in your lives. But when you’re unhappier, lacking inspiration, or heaven forbid, if they kill your enthusiasm and inspiration, you’re with the wrong person. 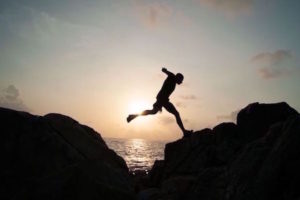 The Role Optimism Plays in Success
Kill that negative self talk.