Despite how long many of us have been in the single’s scene, dating can be fun, and we should treat every first date as if it has the possibility of being our last first date. In other words, every first date obviously has potential, or there wouldn’t be a first date, to begin with. But, on those first dates, you should put effort into where you go, how you look, and how you act. You should always be yourself, and that includes during early dating, despite how well of an impression you want to give to the other person. However, it’s important to understand the importance of having proper etiquette during early dating, and always if you ask me. Having good manners shouldn’t have to be something that you only do during early dating, and you shouldn’t be putting on an act. It’s merely putting a little effort into coming across as a well-mannered individual.

When it comes to first dates, I believe that a man should take the lead, and a woman should follow his lead. Having said that, men need to understand that coffee dates are a big no-no during early dating. There are many reasons why coffee dates during the first few dates aren’t good. There’s nothing fun or exciting about a coffee date. If you’re going to date someone that you’ve met online, then you should have “the coffee date” over the phone, and not in person. In other words, have a good, solid conversation on the telephone before you set up the first date.

Coffee dates show lack of effort, lack of romance, and people that are generally skeptical or jaded, or that have been on too many dates, usually prefer the coffee date. People should go into each and every situation with an open heart, and as if there’s a possibility that their first date with the person has a good chance of survival. If a man truly believes that there’s a good chance that things will work out, he’s not going to ask you on a coffee date. If he’s interested and truly excited about meeting you, he’s going to ask you out for dinner or at the very least, appetizers and drinks. During the first three dates, and as you know I believe in the three date rule, it’s important to put in a certain amount of effort, and show the other person that you care. The first phone call is more than just a voice test. It’s a way of asking certain big questions in order to make sure that you’re both on the same page, to see if the conversation flows, and to find out if you ultimately want the same things in your future.

If you’ve met someone online, during that first conversation if they confess to any lies, including age, height, pictures, or anything else that they displayed in their online dating profile, it’s important to recognize their dishonesty, and not praise them for telling the truth after having misled you and everyone else. One would think that confessing to lies or to any form of dishonesty is good, and it is, but those lies should never have been told to begin with. Dishonesty at any point during the dating period, in a relationship, or at any time, and especially before you even meet a person, is a red flag. Nothing’s worse than when people are dishonest in their online dating profiles, because it’s a sign of what’s to come in the future. Nothing’s worse than dishonesty, and even when things are admitted early on, it’s definitely not a good sign, so I’d peace out immediately. I recommend that you do the same.

There are many reasons why coffee dates aren’t good during the first few dates. During the first few dates, you should be in an environment where you can carry a conversation, where you have food or something to distract your hands and keep busy, where there’s music or something in the background, and preferably, there should be some type of romantic setting around you. Coffee shops are dead environments, filled with nosey people, strange noises, and they’re one of the most unromantic places that there are. There should be things going on all around you during a first date, like other romantic couples, not loud coffee machine noises. Even if you go to a hole in the wall, secluded restaurant somewhere out in the boonies, it’s still important that the environment is something along the lines of evoking romance in the air. I truly believe that it’s about the person and not the place. However, the place is important during early dating, and a coffee shop just won’t do.

Going out for coffee during early dating is bad, but when a man asks a woman to meet halfway for a coffee date, no way in hell should she agreed to that. I don’t believe in a woman meeting halfway during early dating. It’s one thing if a woman meets a man halfway or all the way over time or when they’re in an exclusive relationship. That would only be fair and appropriate. But, during early dating, a man is supposed to chase a woman and build the appreciation for her for the long term. The chase is important for a man. It’s not about playing games when I say that a man needs the chase. It’s more so about the fact that a man is generally the aggressor, and I believe that he should take the lead. That is, in the beginning.

After the early dating period, and always really, your relationship should have a good amount of give and take, and you should both be willing to compromise. I mean, after all, you get what you give in relationships, and whether you’re a man or a woman, you should both be willing to do your share in your relationship. I have a very old-fashioned mentality, and for some people, it might be a little strange. But hey, this is how I feel, this is how I write, and this is the light that I’m going to shed onto you.

I believe in a man taking the masculine role and a woman taking the feminine role in relationships, and in life. This doesn’t mean that I don’t believe that women can’t have a career or a great job, as well as a man, if not better than a man at times. However, I still believe that a woman should dress and act like a woman, and a man should dress and act like a man. As well, I believe that men and women both have their own roles that they should embrace because when one gender doesn’t embrace their own role, something ends up missing in the relationship. A strong woman is a beautiful thing, and it can actually be very sexy to a man. However, if a woman is too strong and never lets a man take the lead during early dating or in a relationship, then they’ll wind up butting heads, and it will be deflating to a man’s ego, to his manhood, and it will overpower his masculinity and male role. So heed my words gentlemen out there in the dating scene. Stop asking women to meet you halfway, and definitely stop asking women out on coffee dates.

Your first, second, and third dates should be something that will provoke the possibility of fire and chemistry arising. Whenever I’ve met someone in the online dating scene, and we communicated emailing back and forth, there’s usually a point where a man will ask me out. For those men that have asked me out on coffee dates, if and when I’d be truly interested, I wouldn’t try to convince them to take me out for anything other than coffee. However, I will make sure that we have a first phone call conversation, before accepting the date. During that first phone call, if a man talks to me, the conversation should flow, and it should be a good enough conversation that men would usually entirely let go of the coffee date idea on their own, and ask me out for dinner.

Ladies, it’s not a bad thing when a man asks you to go out on a coffee date (please men stop asking women on them though). However, men that enjoy the first conversation with you to a certain extent that they feel excited to meet you, will naturally ask you out for dinner or something else. Evening dates are definitely a preference during early dating. The reason is that there’s more romance to the night, and there’s the possibility of music and candlelight. When you gaze across the table at this new found promising person that you’re on a date with, there’s something beautiful that can happen when it’s with the right person, and the right type of chemistry exists. Don’t get me wrong, I love coffee, and even if they’re serving Nutella, hold off on the coffee dates until you’ve dated the person a few times. During early dating, a little effort can go a long way. Putting some effort into planning a date will show the extent of your interest for the other person, and especially when you ask her out for more than merely coffee.

2 thoughts on “The Coffee Date” 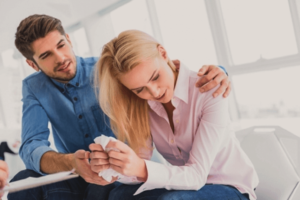 When You Have to Convince Someone How Great You Are… Next!
Someone who wants to be with you, will be with…