Relationships either work or they don’t. But you should never have to force things to work. Love is the most powerful thing in the world. It’s so powerful, that you can even hold onto really toxic relationships when the love is that strong, and that genuine. I mean think about it, if two people are truly and madly in love with one another, but they tend to have ups and downs, and endless arguments and turmoil in their relationship, it’s toxic. And although I’ve written before about how “when the love is there, anything is possible,” I feel the need to expand on that. If you’re in a completely toxic relationship, despite the fact that the love is so strong and real, if both people aren’t willing to work on bettering themselves and on improving their relationship, it’s hopeless.

No one should stay in a toxic relationship, despite how much love is there. If two people aren’t willing to compromise and do whatever it takes to make their relationship healthy, they’re going to end up fighting and having an incredibly turbulent and unhappy life with one another. Even when couples refuse to leave and part ways, their toxic relationship will eventually get the best of them. Simply said, their relationship won’t last and definitely won’t be happy.

It’s truly unfortunate when couples stay together in toxic relationships, and much more so when neither of them is willing to budge or bend in order to work on their issues. And when things like the lack of trust, lack of self-control, too much jealousy, or anything toxic that couples might be experiencing in their relationship is present, those couples will not only be unhappy and miserable, but they’ll end up being stressed out on a daily basis. And when couples feel stressed out on a regular basis, they likely won’t get any of their other priorities in life accomplished.

No one should have that much control over your emotions, to the point where you feel down and miserable all of the time, and where you can’t even function in a normal manner. No one should have that much of a hold on you where they’re able to control your emotions so much, that you lose focus, and you’re unable to strive towards your goals. Every relationship takes hard work, love, effort, and the will to work on issues. But my advice to those that are in toxic relationships as such, where both people aren’t equally willing to work on improving their relationship, would be to cut your losses short, end things, and take some time to work on yourself so that you won’t bring the inability to communicate and work through issues into your next relationship. 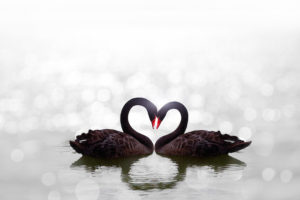