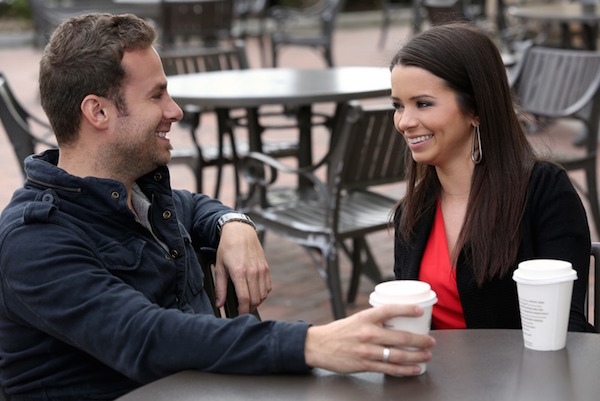 We all hope to find that one special person that we’ll be the most compatible with on every level that’s important to us. In order to find that special someone, we have to date, and sometimes, many people. This doesn’t mean that we should be out there serial dating, dating people that have little to no potential to be a good match, or even just for the mere fact of being out there in the dating scene. It’s hard to develop feelings for anyone when you’re dating more than one person at a time. This is why I believe in the three date rule and to give promising situations a chance after a third date. After a first date, you know if someone is normal and if you ever want to see them again. Usually after a third date, people generally get a good idea on whether or not they have potential to be a couple.

When you truly like someone, and I mean really like them enough, it’s important that you put effort, communication, and availability as your top three priorities when dating them. Once you know that you have potential with someone, you should give things a shot. The only way to give a situation a chance at developing the amount of closeness that you desire is to spend enough quality time with each other. This is why effort, communication, and being available is so imperative in the dating process.

Many times, people are open to dating someone, even when it’s not exclusive, but dating them as well as possibly others in the beginning. The problem with that is that no one stands a real chance for a couple of reasons. If you’re dating multiple people for more than three dates, obviously that’s one of the reasons and that’s no good. However, after the third date or after you know that there’s potential which could even happen during the first or second date with someone, it’s important to make the time to spend with the person.

If you have a busy and hectic schedule and you’re unavailable for the most part, you still need to figure out a time to spend with a person you like. If you don’t make yourself available to someone new that you’re dating, you won’t get to where you want to be with the person. In other words, you won’t develop the sense of being comfortable, closeness on an emotional level, and definitely closeness on a physical level. The person that you’re dating will likely feel the same way about the matter. If they don’t feel the same way, it’s likely because they haven’t developed mutual feelings for you. As well,  they might not have the desire to get closer and get you know you on a deeper level.

Someone who’s truly interested in you wants to spend time with you so they can get to know you on every possible level. When someone cares about you and is dating you for the right reasons, they want to know more than how your day was, but they want to get to know the little things about you as well. The more someone is into you, the more they want to know you inside and out. For that type of closeness, it takes a healthy comfort level which can only be developed by two people that are willing to make the time to spend with one another, and not by casual dating. Remember, going on occasional dates won’t bring the closeness with someone or help you develop a friendship within a relationship. If you think like me, then you want to ultimately marry your best friend.

For many people, including myself, closeness on every level only develops when things are done in a stable and timely manner. Some people feel that waiting a long time in between dates like once a week, twice a month, or basically just having a large space between dates is normal, and that things can be just picked up from where they left off. I don’t know about you, but for me, that doesn’t work. True closeness, and equally so on an emotional and comfortable level takes time spent. In other words, closeness brings closeness. Going out with someone casually and on an occasional basis brings about a feeling of starting over from the beginning each time. This includes having to recreate comfort level, closeness, and there are usually more feelings of shyness, at least for me. I’m sure that many can relate.

It’s unfortunate, but many situations that seem promising in the beginning end up leaving a person feeling deflated or losing interest because of the lack of energy, effort, communication, and time spent getting to know the person. Some people like more attention than others while dating and in relationships. Therefore, it’s important to figure out how a person views getting attention and how much communication they feel is important and adequate for them.

It’s always good to be on the same page during early dating and in relationships. This is why you should communicate your feelings when you feel that you’re not on the same page or if perhaps you’re not getting the attention that you crave. Think about it. If you communicate your feelings to your partner that you want more attention, maybe you’ll find out that they were holding back and trying not to smother you. Communication is key, and it takes effort by both people.

I don’t believe that people should be too clingy or needy in relationships, and definitely not while early dating. But either way, it’s important to communicate how you feel and what works for you in a relationship so that your partner knows. When dating someone new and with hopes for it to develop into a healthy relationship, it’s important that both people make the time for one another, and that takes effort and good communication. 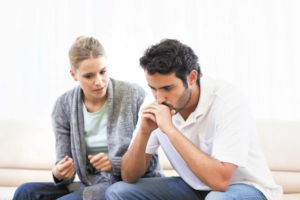 How To Help Your Spouse Through Depression
Some great ways of being supportive to your partner.