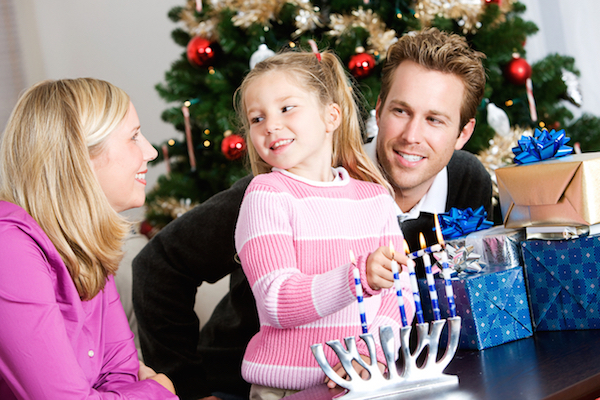 When it comes to dating outside of your own religion, I think that we all have our own preferences. Sometimes our families, friends, or others in our communities put pressure on us to live by the way that they think. And sometimes, and for many of us, it’s most of the time, our families raise us with certain values where keeping tradition is essential. And many times they pressure us, by making us fear losing them, if we decide to marry or even explore relationships that are outside of our faith.

We are all unique individuals. And whether or not we were brought up with certain values in which were taught to stick to our own kind, and to stay within our religion when we settle down, I feel that we ultimately have to make the best decision for ourselves.

Out of everyone in my family, I was always told that I would be the one to marry Jewish, because I’m Jewish, and because my family raised me in somewhat of an Orthodox household. And despite the fact that I have gone to many Yeshivas, Hebrew Day schools, and all sorts of religious studies programs, including different types of Jewish youth groups, and did I mention being raised in a home with an Orthodox Rabbi as my Step-father for most of my life—I still believe that I am the one that is going to run the show for my life.

I don’t do things in life to get reactions, certain responses, or even to provoke certain emotions in people. I do things for myself in life, because I feel that they’re the right things, and the right choices for me. This is the great thing about living in a free country like the United States of America. We are able to make our own decisions once we’re of age, and that’s why we need to think really long and hard about the decisions that we make. We are the ones that are going to have to live with the consequences of our actions. And we are the ones that need to ultimately be happy with the choices that we make in our life. If we live our lives just to please other people, regardless of what our families, our friends, or anyone else has instilled in us, will never truly be happy.

I’m sure that no one wants to be a disappointment to their families or even to have others judge them for being foolish in any way. And, depending on how you were raised, how family oriented you are, and just how much control your family has over your actions in life, you’ll likely be affected to some degree by your family’s response when it comes to picking your match. And therefore, it really depends upon each person, and just how much they’re willing to risk and fight for love and what they as individuals truly believe is right for them.

In my personal opinion, I’ve always believed in love, and that you should marry for love over anything and everything else. And I definitely promote going into situations based on heart and logic. But when religion comes into play, if everything else is wonderful and you truly believe that you’ve found your match, I don’t believe that religion should be the thing that holds you apart. Religion is supposed to be about tradition, but also love and acceptance. If religion is causing people to separate, it’s never a good thing, and I think that it defeats the whole meaning behind what religion really stands for.

Now, like I said in the beginning of this article, we all have our own views on dating outside of our religion. And my personal preference has always been to try to date people that are Jewish, like myself. But unlike some Jewish people, and unlike many others that practice other religions, my preference has always been to marry someone Jewish like me, but I’ve always felt that if everything else is there, and the love is that real and genuine, nothing else should matter—not religion, not money, not looks, nothing.

Having said all of the above, when considering dating, exploring relationships, and being open to marrying someone outside of your faith, there are a few things to consider, and that you should definitely discuss with your partner. And it’s always better to discuss these things earlier, rather than later, and before having already developed strong and intense feelings for one another. I mean, after all, this is a big decision, and for some, it’s a really big decision that could not only affect you and your partner, but your future children, and both of your families as well.

Make sure that you discuss the matters like if and when you decide to have children, how they will be raised, what you want, don’t want, what you’re O.K. with, and what you’re not. As well, make sure that you discuss the possibility of  schooling for your children like whether or not religion will be a part of it, and what might happen if one of you suddenly prefers to become more religious.

You need to be on the same page from the very get-go. Remember, if you’re willing to explore the possibility of an interfaith marriage, there will be certain predicaments that could come up down the line, even if they don’t seem like a very big deal right now. Some people are so focused on how much they love one another, that they put all serious discussions aside, postpone them, and end up having issues and complications later on. That’s why it’s imperative to make sure that you ultimately want the same things.

We all have our preferences when it comes to dating and exploring a relationship. And I’ve written countless articles about how no one is perfect, and how perfection simply doesn’t exist in a relationship. That’s why it’s important to find a match that has “almost” every quality that you’re looking for in another person. And if religion is something that’s in your top four or five things that you find mandatory to have in a match, then you shouldn’t even consider dating someone outside of your religion. But if you’re open to it, even if it’s not your “preference,” then I think that there’s absolutely nothing wrong with exploring that situation. Besides, how can anyone that has that big of a heart say no to true love. 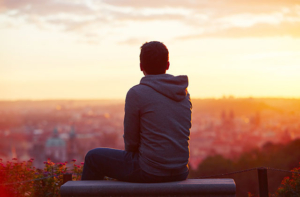 Smart People Think Before Making Big Decisions
A wise man once said, "think before you act."