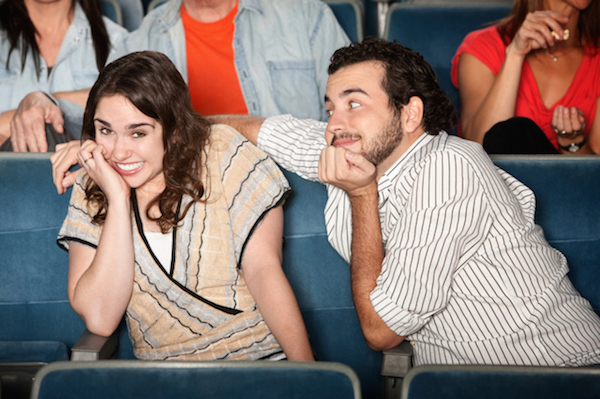 Many times, people miss out on opportunities because they don’t go after what they want. I find it to be truly unfortunate, and I’m sure they do as well, because they end up missing out on something that could’ve been spectacular, if only they had the courage to go after what they really wanted. But unfortunately, many times people are just too shy, and their fear takes over. And it leaves them wondering what might’ve happened if they would’ve pushed themselves a little bit harder to face their fear of shyness, and that just maybe they might’ve gotten what they wanted. I mean after all, you never know until you try, and there’s no possibility of getting what you want in life or in a partner, if you don’t go after it.

For the Shy People out There Who Are Afraid to Go After What You Want, This One’s for You.

If you don’t go after what you want, you won’t get it. Put your fear aside, believe in yourself, and be confident to the point that you’ll come across as fearless when making the first move. When you’re afraid to go after what you want, you not only won’t get it, but you’ll end up questioning what would’ve, could’ve, or should’ve happened had you forced yourself out of your comfort zone. Go after what you want, and if you’re not fearless, push yourself a little bit harder. Not doing anything will never bring about more happiness in life. If anything, when you don’t do anything about something that you want, and you wait for things to happen, you could miss out on many beautiful opportunities.

Sometimes you can even go around not making that first move by giving off an approachable appearance. You can do things as simple as smiling and coming across as friendly. Giving off a sweet smile is the best way to appear approachable, and it gives an opening for others to make the first move.

You don’t have to impress the right person, you only have to be yourself. The right person will appreciate you for you, and not how you’re trying to impress them. Know your self-worth and remain confident in who you are, what you say, how you act, and even in regards to how you look. Your confidence not only makes you seem approachable, but it attracts like-minded individuals in a way that they’ll want to get to know more about you as well. Nothing is sexier than when someone actually likes them self.

If you’re trying to break the ice with someone and start up a conversation, it’s always great if you have some common interests that you could talk about. So remember to ask questions, because that will not only take the pressure off of you for a moment, but it will let you learn about the other person. Besides, most people generally like to talk about themselves. And once you find out that you have some common interest with one another, I’m sure that the conversation will flow and be more comfortable from that point on. And remember, don’t just ask empty questions, ask the right types of questions so that you can see whether you have similar views on important matters and ultimately want the same things.

Don’t be the type of person that sits in front of the mirror rehearsing all of your lines before your date. All you really have to do to come prepared for a date is to put some effort into how you look, be confident, and bring whatever with you that’s necessary for the date. You don’t have to plan out conversations or even questions that you’re going to ask. If anything, with the right match, the conversation generally flows and you’ll have a certain comfort level that will naturally develop. Not to mention, when you’re with the right person, and you have good enough chemistry with one another, I’m sure that you’ll desire to learn more about them, which brings us back to asking questions. Last but not least, have some sort of plan for a date. As well, if you’re the man and you’re taking the lead this time around, then make sure that you know how to get to where you’re going, and it never hurts to make a reservation during early dating.

3 thoughts on “5 Dating Tips for the Shy Type” 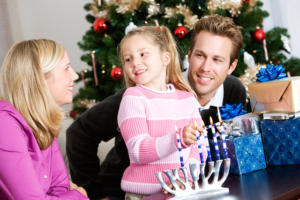 When People Marry Outside of Their Religion
Some things that you should consider first.