When you start to like someone, you want to know that the person likes you back just as much. Besides a person telling you how they feel, they can show you with their actions. On the contrary, sometimes it’s harder to tell when a person is losing interest in you because they might not express it in words. However, there are ways to tell by a person’s actions, when they’re losing interest, or when they’re not interested anymore. I’m not sure if anyone else has noticed this, but there’s a very easy way to tell when a man is starting to lose interest in a girl, or if he’s on his way out.

The way to tell that a man’s losing interest in you is he will start to give you “pet names” during early dating or while in a new relationship (marriage not included). Pet names are nicknames of endearment, that in this case, some men are taking advantage of using. In this article, I’d like to go over why this is a warning sign that your man is on his way out. As well, I want to explain why a man shouldn’t use pet names, if he’s not on his way out, during “early dating.”

When you date someone new, you should call them by their first name or you ask if they have a nickname. This isn’t a standard rule or anything. However, if you get the feeling and suspect that your man is on his way out, and he starts calling you pet names, there’s a good chance that he’s on his way out! Follow your instincts and you should be able to tell. This goes for phone calls, in person, but especially, via text message. I’m not sure why, but via text message, you can tell when a man is losing interest right away. Especially, when he uses pet names often, instead of your own name.

Nothing’s worse than when a man calls you only by pet names, and rarely uses your real name. Whenever I’ve experienced this, I’ve seen repeatedly, that the guy had lost interest and was on his way out. Sometimes, I’d even wonder if he’d forgotten my name. Back in the day, there were songs that would play that were so incredibly romantic and beautiful. Many of these songs would use the words, “babe, baby, or honey, etc.” But these days, words of endearment have been overused and taken advantage of by players and men that have a hard time remembering girl’s names. There’s something beautiful in every person’s name, and when you call someone by their name, it’s special.

Many players, serial daters, and people that are losing interest will start to call you pet names during early dating. During early dating, it’s important to have enough contact with the other person. When there’s healthy communication (via phone or text), there are no games being played. Pet names aren’t bad when you’re dating someone for a while. They’re sweet when you’re dating for a while, in a relationship, or married. As well, pet names aren’t bad even when you’re early dating if they’re used “on the occasion.”

The earlier it is while dating someone new, the better off you are to hold back from calling your girl any pet names. There’s something to be said about the way a man calls or texts you and uses your actual name. It’s like you know that he knows who he’s talking to and you’re not just the flavour of the week. I’m going to give you a few examples of some pet names and show you the difference between a text from someone who’s truly interested and a text from someone who’s not, losing interest, feels obligated to text you (by routine), or that’s not interested anymore.

Here Are Some Examples of Pet Names:

Keep in mind that this article pertains to early dating only. If you’re serial dating, this may be very tricky for you, as you’re the type that tends to embrace pet names the most (being that you date so many people and can’t remember your date’s name at times). But, for everyone else, I hope this sheds some light as to why you should call someone by their first name, at least during early dating.

4 thoughts on “The Pet Name: One of the Easiest Ways to Tell He’s Losing Interest” 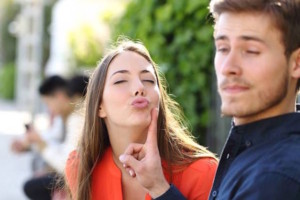