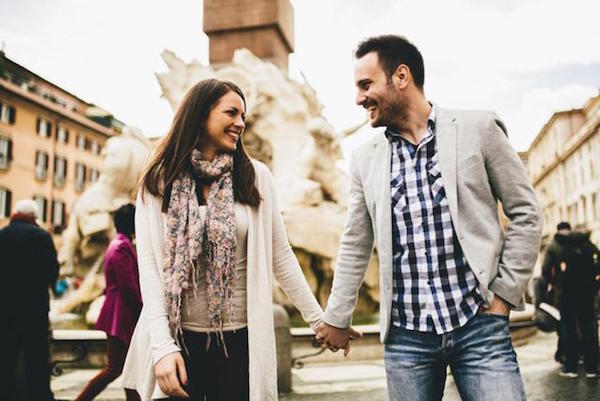 For some people, dating is a priority and finding that one special someone to share their life with is something important to them. Many times, people explore dating sites in order to meet someone, but they do so for many different reasons. And sometimes, their reasons aren’t the same reasons as yours. In other words, many times we date for different reasons and with different intentions. It’s always important to find out a person’s intentions and what they’re hoping to get out of dating you early on, and around the time that you first meet and start going out. And the best way to find out is to be direct and ask. These are things that you should talk about in your first or at least, the second conversation with one another, because if you’re not on the same page, then you really shouldn’t be dating each other at all.

Many times people put themselves online hoping to meet someone, but with the motive of hooking up or just seeing what’s out there, rather than hoping to find a meaningful connection with someone and explore a relationship when they see that a situation is promising. As I said, people go on dating sites or even date for that matter for many different reasons. There’s nothing wrong with having a conversation with someone about their intentions, without pressuring them or making them feel as if you’re saying you want certain things with that specific person, but more so, just to say what you’re intentions are as far as “if things were to work out with someone.”

Now, having said that, some people will feel pressured, despite your approach in this type of conversation, and for those people, that’s their issue, not yours. When people are hesitant to communicate their feelings as far as intentions go, there are usually underlying reasons why. Some people are usually uncomfortable talking about these types of things because they’re either emotionally unavailable, still hung up on an ex, not ready to date, or simply put, their intentions are different than yours. I would pretty much view it as a red flag if someone isn’t open to having normal open communication with you.

It’s important to be yourself and to be as authentic as possible when you meet someone new. You should never be afraid to let down your guard or to be your authentic self from fear of how the other person will respond to your personality or in regards to your preferences and differences. If someone isn’t right for you, you’ll know sooner, and that’s always better because then you won’t drag things on if you’re the wrong match for one another, and you won’t mislead others by putting on some sort of act trying to impress them.

Another thing, we all want someone to treat us as a priority, rather than an option. When it comes to the dating scene and meeting someone who you met online, it can be quite difficult because many times, we’re made to feel as if we’re merely an option, because there are so many people to choose from. But each and every one of us is special and unique in our own way, and that’s something that we all need to realize when trying to meet someone online. This actually goes for if you’re trying to meet someone online or offline because we’re all unique individuals.

No one wants to feel as if they’re second-best or just another option from your big black book of phone numbers. This is why during early dating, it’s important to put a certain amount of effort into your date and into how you look. When you care about how you present yourself and where you go—not that it matters so much as the price of the place, the prestige of where someone takes you or meets you, or if it’s the hippest and happening place that you both know—but more so, if they put effort into making a plan and showing you that they care, it says a lot. But that doesn’t necessarily mean that someone has to make reservations or go out of their way during early dating. It merely means that they should put a little extra effort into showing you that they care and that you’re not just another option.

When someone goes into a new situation, meets someone new, and feels pessimistic or negative about it, as if they’re jaded from all of their failed, bad first dates, they need to shake that off. Be optimistic when you go into a new situation. Optimism, seeing things half full, and as truly promising, like brand-new beginnings, will make all the difference in how your date goes. You should go into every first date feeling as if “this could be the one,” and yes, perhaps that’s a bit fairytale-like, but hey, you should always be optimistic. Everyone wants to go on their last first date and to have a situation work out where they feel great at the end of the date, looking forward to the next one. But when we’re pessimistic or jaded, we’re bringing negativity into a situation that could’ve been promising, instead of being open to a new situation, and to a new love. Remember, how we approach a new situation will make all of the difference in how well things go, so be optimistic.

As far as someone treating you as a priority and vice versa, just know that although there are many fish in the sea, no situation will work out as well as it would have if you’d put in enough effort, good energy, and positive vibes. If you’re not ready to date or if you have too many things going on, then you shouldn’t even be online looking to meet someone. People make time for things that are important to them, like dating and meeting someone new. If someone isn’t making the time for you, they’re either not that interested or their intentions likely are not to find something meaningful or to develop some sort of deep connection, because their heart’s not really in it. This is again why we need to make sure that we’re on the same page as someone before even accepting a first date. Ask someone directly what they’re looking for. And even if all you get is a general response, it’s O.K., as long as you have a pretty good idea of what they want. You see, then at least you’ll know whether or not you’re on the same page.

Then you can let your guard down and proceed with caution. No one wants to get hurt. And many times, we go into new situations full of optimism and positive energy, but we’d never established early on whether or not we’re on the same page as the other person, so we end up getting hurt. However, this doesn’t mean that we should go into new situations scared or with fear, because then we’ll never be open to love, and we’ll never be able to connect with someone on a deeper level. You have to be your authentic self, and you can’t when you’re afraid to fall in love or let your guard down. Make sure that you’re on the same page before that first date, so this way, you’ll minimize the chances of getting hurt or feeling misled—if perhaps things don’t work out.

Both people should be able to openly and freely communicate their feelings, share with each other, tell each other their goals, their wants, what they like, and what they don’t like, as well as what they’re looking for. Developing good communication happens early on and from the get-go, so make sure that you’re comfortable in the situation that you’re in. And if you see that someone is getting uncomfortable by your questions or can’t handle how loving and open you are to sharing your thoughts, perhaps they’re not ready to date, or not the right match. Just know that, it’s not necessarily that you’re doing anything wrong. In other words, there’s no need to change your approach if someone shuts you down or treats you as if you’re pressuring them into sharing what their intentions are as far as dating goes. Remember, your best possible match won’t shut you down or put you in a corner for being authentic, open, loving, and being exactly who you are. 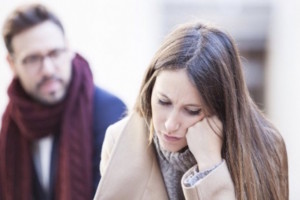 Relationships: When Nothing’s Ever Good Enough
Ask your partner what makes them feel loved the most.