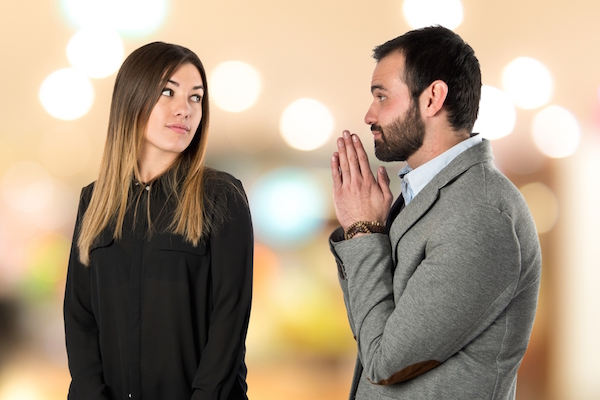 Love isn’t something that you can force or pressure someone into feeling. You shouldn’t have to force someone to love, appreciate, or agree with you on anything. It’s never a good feeling to love someone that doesn’t love you back. As well, it never feels good to feel like you’re the only one giving in a relationship. Balance is important in everything in life, and when it comes to relationships, if things aren’t balanced and give and take, one person will end up feeling unhappy.

You should never have to force things to work in relationships. Things should naturally flow to a certain extent. As we all know, the ultimate goal is happiness, and when you have to force things to work, something likely isn’t quite right. When someone loves you and wants to be with you, they’ll be willing to do many things in order to attain your love and keep you happy. If someone doesn’t really care all that much, they likely won’t put in much effort.

If you see that a person you’re dating or in a relationship with isn’t really connecting with you on certain levels or doesn’t feel the same way, it’s important not to force things, or try to persuade them in any way to feeling more than they naturally do. Like I said, things should feel natural and have a sense of flow, where nothing is forced. One big mistake that some people make while dating is that they’ll try to persuade someone into developing feelings for them, when truth be told, they’re not that good of a match with them to begin with.

Many times, people will buy gifts and try to spoil a person that they’re dating with hopes to attain their love and affection. Meanwhile, knowing in the back of their mind or on some subconscious level that the person isn’t truly interested in them for who they are, but more so, for what they can do for them. It’s important for people to recognize when others are taking advantage of them in any way. Taking advantage of people in such a way is truly misleading and dishonest.

Nothing is worse than when people use others in ways in which they’ll benefit, without having any emotion or consideration whatsoever of how it will affect the other person. It’s imperative to avoid these types of toxic people and users whenever you suspect their intentions aren’t pure. The truth is, if we listen to our instincts, we can usually tell very early on and clearly when someone’s intentions are pure, and when they truly feel a genuine interest towards us for who we are, as opposed to what we can give or provide to them.

The best advice that I could suggest is to date with caution, and to concentrate on your own actions as a person. We should all try our best to be genuine and act like ourselves when dating someone. As well, it’s important to be direct and upfront with people early on in the dating period, so that we don’t mislead others not only materialistically from gifts and such, but also so that we don’t mislead them, acting as if we have feelings for them when we don’t.

The right person will love you for who you are, and their motives will be completely pure. You should never have to question whether someone loves you for who you are, but know that they do by their words and actions. Remember, if someone doesn’t love you or just isn’t feeling it, you shouldn’t waste your time trying to force things. But instead, find someone that will feel things naturally, and without you having to do prove yourself, force things, or persuade them in any way.

We should all be genuine, real, and be true to who we are without giving off an impression of someone that we aren’t, simply to gain a person’s love or attention. If someone doesn’t feel the same way about you in which you feel about them, it’s important to move on and love yourself enough to do so. You’ll never have to force or persuade your soulmate to love you and want to be with you. They’ll naturally feel that desire on their own. 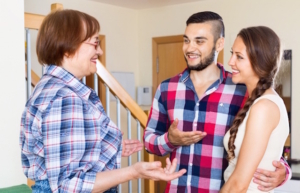 5 Qualities That Will Win His Mother’s Love
Some great tips when meeting his Mom.