Sometimes, people just want you when it’s convenient for them. If they don’t have anyone special in their life, they choose you as their backup plan. There’s nothing about being someone’s backup plan that makes you feel special. What you need to do is stop giving and loving the person who treats you that way. You should know your self-worth and not put up with anything less than you deserve. You don’t need to be treated badly, and you shouldn’t put up with it. You should never have to feel used by anyone. It’s time to head for the door, without looking back. It doesn’t matter how much you love this person, because your love is based on fiction, not facts. It’s likely that you love the “idea” of the person or the fact that they praise you when you do so much for them. Those aren’t reasons to stay with someone who is basically “using you.”

When a person only wants you around when it’s convenient or when you can do something for them, they are using you. Someone that loves you, not just tells you that they love you, but actually loves you, will be giving and loving to you, without you having to question their motives. If you disagree with what I’m saying, why don’t you try a few things. Go ahead and tell your partner that you can’t help them or do them the favor that they’re requesting, and tell them as often as they ask. If you’re at the point where you’re questioning whether they’re with you for the right reasons, then it’s important that you start saying no to the favors that they’re asking. See if they stick around when you say no to their requests.

When someone consistently praises us for how good we are, and for the favours that we do for them from our giving and loving hearts, we subconsciously feel like we’re becoming better people. The truth is, a person that’s loving and giving is a good person. Especially, when they have no ulterior motives for getting something back in return. A person that’s a taker and never gives back in return, is entirely taking advantage of the giver. The taker will praise the giver to the point where the giver will feel as if the taker truly loves and appreciates them for them, and not for everything that they’re doing for them. They’re psychologically playing with your mind by giving you so much praise, thinking that telling you how amazing you are will keep you around. When someone truly appreciates you and the things that you do for them, they naturally give back the love.

A person that’s using you for their own benefit, getting favours from you all of the time, and whatnot, will only stick around for a few reasons. They stick around as long as you let them, as long as they need things from you, and until they find someone better. When someone’s using you for their own benefit, there’s no telling what that person is really looking for, and whether or not they’re really looking for a long-term commitment or marriage. You simply might not be their type, but they keep you around, because of all of the things that you do for them. As well, a person that’s just using you for their own gain, likely won’t stick around if you start complaining about how they’re not being giving to you. Any sign of drama will usually make the user flee, depending upon how much they have to lose from not having you around to do favours for them.

When you suspect that someone is using you for their own benefit, it’s important to look for these signs, and hopefully, you won’t see any of them, and it will all be in your head. But if not, it’s time to make a serious decision about ending this one-sided relationship. You deserve more than to be treated as a last-minute resort, a convenient partner that only gets called when you can benefit them in some way. Know your self-worth and don’t put up with this bad treatment any longer. You shouldn’t have to ever feel used. Be strong, know that the signs are very real, and let go of the love that you have for this person, so that you may move on and find someone that’s more deserving of your loving and giving heart.

Here Are 12 Ways to Know You’re Being Used

1. They only call you for last-minute dates. They won’t give you much notice, and if you don’t hurry, they might find an excuse and change their mind about going out altogether. You might not even realize it, but you’re never the first person on their list when it comes to making plans.

2. They want intimacy with you, but with no exclusive commitment. They find many excuses for why they feel that way.

3. They ask you to do favours for them all of the time, but never do favours for you if and when you ask in return. It’s a very one-sided favour type of deal. They don’t give back the love.

4. They never do anything romantic with you. They never plan things in advance for you or surprise you in any way (other than the surprise of last-minute plans).

6. Cuddling is usually not their thing unless it’s on the occasion, and they might need the warmth of an embrace.

7. If and when they go on trips, they’ll never call you on the phone from their trip. They might be willing to send you a text or two, but they’ll never pick up the phone and call you.

8. They don’t want exclusivity with you, and want to keep their options open to dating others. They don’t respond well to pressure as far as commitment goes. They might even be commitment-phobic and emotionally unavailable. If you’re in a relationship already, which is possible, they might not be as faithful as you think.

9. Being that they rarely do anything nice for you, the little things that they might do, you’ll end up being very appreciative, and you’ll start thinking that they’re very loving and giving to you. The only reason that you’ll be feeling that way, is because you’re so used to them not giving you any special treatment, that when they remotely do anything, you suddenly think that they’re the sun and the moon.

10. They say a lot of things like, “I’ll make it up to you, I promise,” “You’re amazing, no one has your heart!” or things like, “You’re the most loving, giving person. No one else has been this way to me.” They say many statements that show much praise to you for your kindness and sweet actions. It’s one thing for them to be appreciative of the things that you do, but it’s another thing when those things never get reciprocated, and they’re always the ones praising, never giving you a chance to praise them.

11. They consistently ask you to do favours for them. It doesn’t matter how inconvenient the favours might be, they’ll ask you anyway. It doesn’t matter what the person’s financial status is or how capable they are of doing things for themselves, because they’ll ask you to do favours for them regardless, and as much as you’ll say yes to doing them. They’ll completely take advantage of your giving heart, despite the fact that it might be inconvenient at times, and they won’t be giving back.

12. They’ll never go out of their way for you. They only do things with and for you when it’s convenient for them to do so.

4 thoughts on “The Convenient Lover: 12 Ways to Know You’re Being Used” 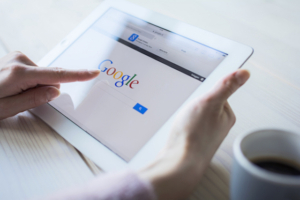