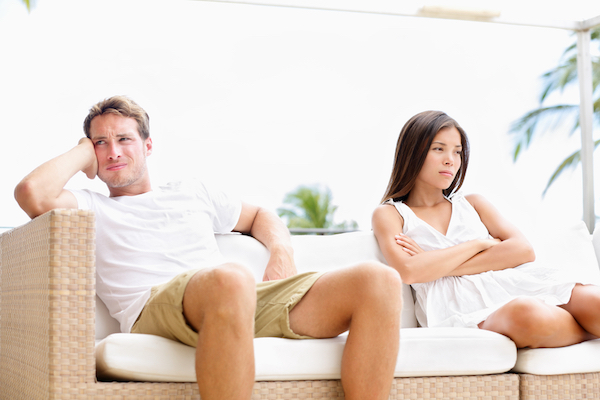 Whether you’re dating someone, in a relationship, or married, you might not always agree on things. That’s O.K., and you shouldn’t try to avoid drama, arguments, or turbulence from disagreeing at times and by having your own opinion. You need to have a voice and an opinion. We all do. No one should have to avoid drama or arguments so that they get along better with their partner. As well, no one should have to force something to work early on during the early dating period. Things should should pretty much flow early on. At least for the most part. You shouldn’t have to force feelings and a relationship to work when it’s right.

What you both want should be aligned when it comes to ultimate goals in life, as well as goals in a relationship. But unfortunately, many people don’t realize that they’re even forcing things at times. And instead of calling it quits early on, they become Mr. and Mrs. Fix-its, saviours, and believe it or not, many people will think that they’re doing something good by “making things work.” But the problem is, you shouldn’t have to make something work when it’s right. During early dating is when you need to look out for any red flags and warning signs. This is becoming a bigger issue in the dating scene these days and is likely one of the reasons that many singles are staying single longer than they would.

First and second dates are not a great time to start bickering and arguing. And you shouldn’t really feel moments that are too uneasy where one or both of you feels uncomfortable or unhappy. A great sign of a healthy start to a beautiful new beginning, is laughter and smiles, and even that incredible feeling of connecting with someone on a deeper level. And Heaven forbid I forget to mention the feelings of attraction and chemistry. Those are some of the beautiful feelings you should be experiencing early on, not drama, pain, or unhappiness.

You don’t and shouldn’t have to change or alter who you are or what you believe in your core. At least not when you’re in a healthy situation, and definitely not, when you’re with the right person. Changing who you are what you look like, how you feel, or what you’re open to or not in life and in a relationship shouldn’t be something any of us should have to endure during early dating or even in relationships. I’m not talking about compromising here folks. You shouldn’t have to compromise on what you want in life. Not unless you’re choosing to settle, which I would never recommend doing to anyone.

Again, compromising, being giving, thoughtful, and doing things to please your partner is all good and very important when it comes to any relationship, but changing things about yourself , who you are, and what you want shouldn’t happen because of it. You can be a great partner, an amazing lover, and make your relationship work by improving yourself as a person and by like I said before, putting love and effort into things. But not by changing who you are or what you want in life, and definitely not by settling and making things seem right or temporarily work so the other person is happy. That will just be temporary happiness for them and you. You can’t pretend to want certain things or to feel certain ways about things.

Don’t force things early on when nothing flows. This is basic standard relationship advice that we should all try to remember. If it’s not smooth sailing early on, let it go. Don’t force two wrong puzzle pieces together. And don’t try to fix something that’s not broken. You don’t have to change to make someone like or want you more. You shouldn’t have to do things that don’t feel right to you. When you’re in a healthy situation, one person won’t feel as if they have to change certain things so the other person will want them more or be more comfortable.

Last but not least, I feel the need to add something so that some won’t misunderstand what I’m saying. If a bottle cap doesn’t fit a bottle, it’s probably the wrong cap, right? If a zipper doesn’t zip up or down, there’s usually a reason why, right? And if you get a feeling, a gut instinct, that something isn’t working for you during early dating, and it’s a big deal for you, nip it in the bud, address your concern, but don’t make something work when it’s not right. Recognize early on when something isn’t sitting right for you. Otherwise, you’ll wind up in a long term relationship with someone who you possibly shouldn’t have even dating past one or two dates.

There’s no need to continue dating someone when we see red flags, or warning signs of things that won’t work for us in a relationship, or when we know that we ultimately want different things in life, and that a situation won’t work. Stop dating that person who doesn’t want the same things, who doesn’t connect with you or agree on important issues and matters of the heart. And when there’s no chemistry or attraction, you should definitely end things as well. Don’t lie to yourself, thinking that the feeling will grow or that you should work on improving what’s wrong or change yourself to improve a situation.

When two people disagree on too many things early on, have different wants out of life, and perhaps even have different ways of viewing things, they’re probably the wrong match for one another. It’s one thing to talk about your differences and share. But during early dating, if talking and sharing becomes something else, where one of you is trying to change the other to feel or think like them, or if one of you is changing for the other, thinking that they’re compromising and doing something good and beneficial like a good partner would, they should stop.

You’re not right, they’re not wrong, and vice versa. You’re probably just not right for each other. Don’t change him or her to satisfy yourself, your needs and wants, or to make things work better. Remember, if it doesn’t flow, let it go. Don’t force things to work or make things work with the wrong match. Be willing to fight for your relationship when it’s worth the fight. In other words, when you’re with your best possible match, your soulmate, and that one special someone who will be like no other—your true love, fight for it. 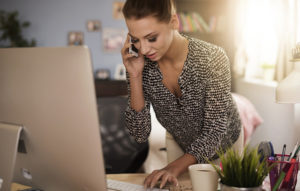