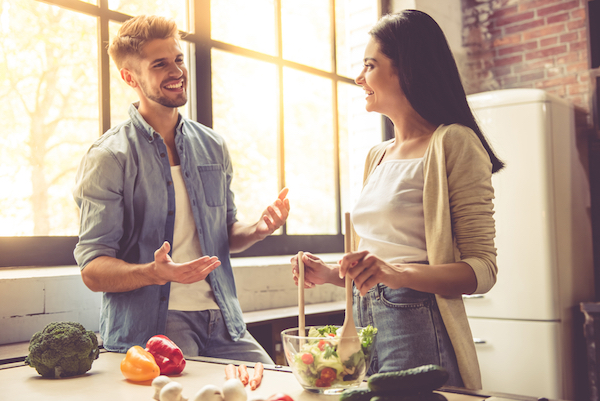 O.K., so it’s no secret—we all have issues. But some of us, more than others. Either way, we all need to work on improving ourselves as individuals. Now, usually we don’t have the same issues as other people. But sometimes, some of us might not only have similar issues as others, but some of us are also self-aware enough to recognize our own issues so much, that we recognize the same issues in others. As we all know, we can’t change anyone else, but we can work on our own issues and improve ourselves. Having said that, I wrote this article to discuss what you should do when you’re dating someone who not only has certain issues that might need to be worked on, but who also projects their issues onto you, blaming you, and telling you that you’re wrong for certain things—when in a nutshell, you can see right through their mess, and you’re well aware that it’s their issue(s) that they need to fix or at least work on improving.

When someone projects their issues, they may do so knowingly or unknowingly believe it or not. Yes, some people actually know what the heck they’re doing, and a smart enough, or should I say, sneaky enough, that they’ll make you think that you’re wrong for whatever it is, when they in fact are well aware what’s really toasting in the oven. It’s so important to recognize ourselves as imperfect, and yet, to still accept and love ourselves with our flaws and all, so that we feel happy in life. But just because we should feel optimistic, and learn to self love and accept what is, we still need to improve ourselves and admit to our weaknesses and areas of needed improvement. And maybe I shouldn’t even use the word “flaws,” because many times our flaws are not really flaws, but they’re more so, beautiful differences that make each and every one of us unique. But here, I’m referring mostly to the issues that we really should improve on without getting too specific—projecting our issues onto others, to be exact.

We need to admit to our weaknesses as well as work on improving them. No one is perfect, and like I said, we all have issues. Having said that, when you’re dating someone who projects their issues onto you or others, and you see right through it, what you really need to do first and foremost is, call them out on their shit. Yep, you heard me right. Call them out on what they’re doing wrong. Always. Tell them not to project their issues! I mean, you don’t have to yell it, and really, you shouldn’t and you should have poise and care about the tone of your voice and say it in a kind manner. But how do I put this nicely? Don’t let that shit slide!

O.K., maybe I could have found a better choice of words—you know, writer and all. But my point is, that you should address an issue as such with someone right then and there as you see it happening. Unless you’re out in public or in front of other people so that you don’t embarrass them, tell your partner or the person you’re dating what they’re doing wrong in case they’re completely unaware of it. Let them know what they’re doing wrong when you have some alone time. For those who don’t know any better—NOT VIA TEXT.

And hey, you’re not claiming to be perfect just because you recognize someone else’s issue(s). WE ALL HAVE ISSUES. You, more than me. Just kidding. But seriously, we need to feel comfortable enough when dating someone that we’re able to let them know what we’re thinking and how we’re feeling. You shouldn’t have to be afraid or heaven forbid, walk on eggshells in a relationship or when dating someone. And I have to say this so that you won’t be shocked—some people don’t handle criticism very well, even if it’s constructive criticism. However, the thing to remember is, that the more enlightened we get as individuals, the more that we’ll be able to see ourselves as imperfect and handle criticism.

No one wants to hear that they have issues, and especially not from someone who they like or more so, from one who they love. People want a person who they like and are interested in to see them like a shiny star, so perfect and beautiful. But reality check here folks—NO ONE IS PERFECT, so stop looking for and hoping for perfection in yourself and in others. When someone really loves you, they’ll call you out on your shit and address issues, because they’ll care enough about maintaining a happy and healthy relationship with you. But also, because someone who really loves you wants you to grow spiritually and be the best version of yourself.

Learn to acknowledge your issues and deal with them as you learn about them. Strive for perfection, but don’t expect it—EVER. And like I said, no one wants to hear about how you see them as imperfect, so no need to rub it in, but to tell someone that they’re projecting is one of those types of issues that you can address with love and kindness, and you can even be cute while doing so. Bring out that corky personality when needed. Your partner might smile but still understand that maybe, just maybe, you’re right.

People usually project their issues because they’re either in denial about them, because they have no clue what they’re doing, or because subconsciously, they have those very same issues that they’re trying to point out in you. And hey, maybe you have the same issues, but then again, maybe they’re just projecting and see those qualities or actions that are bothering them in themselves and can’t deal with it. Many times, they’re simply in denial and hate certain qualities in themselves and besides, it’s much easier to point a finger at you, than work on themselves. However, people that care enough about improving themselves will usually tend to own up to their mistakes, and acknowledge their issues as well—and of course, it takes some people longer than others to do so.

One of the best things that I find all healthy relationships have, is the fact that they’re open and willing to call each other out on their shit. There are no games, there’s no sweeping things under the rug, and there’s just simple, old-fashioned, open communication, an open book mentality, where they feel comfortable enough to freely and openly express themselves—but of course, with love, kindness, pure intentions, and always out of a good place. You should never call someone out on their shit or address their issues for the mere sake of it—so that you have the upper hand, or so that you one up them so to speak. Whoever does that seriously needs to get off of their high horse and get over themselves.

Healthy and happy relationships take time to develop. But not only time, they also involve love, effort, trust, and good communication. And before that type of healthy and loving relationship happens, you need to date someone and get to know them on a deeper level. So it’s then, during that early dating period, that it’s most crucial to be nonjudgmental, open hearted, open-minded, and loving enough to build a foundation of friendship as you become a couple, so that you’ll be best friends eventually, and so that you can talk with one another at ease and comfort and feel that amazing connection and comfort level to let someone know what their issues are, and to call them out on them as well.

Couples should never sweep things under the rug, or let things slide so that they avoid drama and confrontation. Having no drama whatsoever in a relationship isn’t realistic. Happy couples that last argue, fight, and bicker even, just like everyone else. But they also usually have a solid strong foundation, because they address issues early on, nip things in the bud, and rather than postpone things until they become so big that they become unmanageable or unfixable. So the next time that someone projects their issues onto you, call them out on it, and if you’re with the right match, they might even thank you for it. But either way, you’ll be doing a good thing but speaking up. 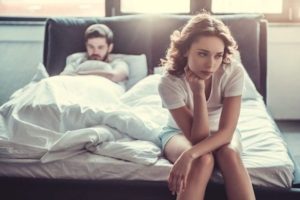 Why You Should Stop Dating Liars
Be honest, come clean, and tell the truth.