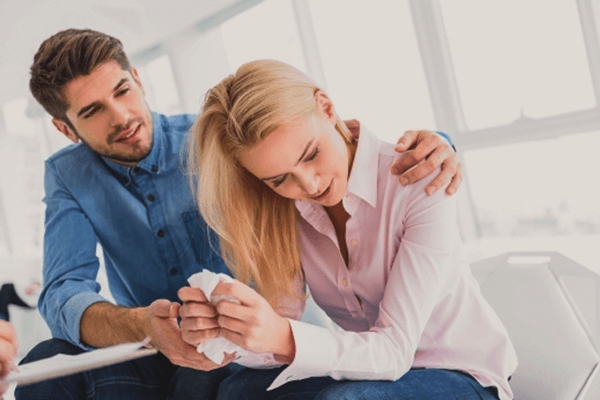 We’d all like to know that the person that’s dating us is doing so for all of the right reasons. We want to know that their intentions with us are pure, and that they mean what they say. When it comes to believing that someone is dating us for all of the right reasons, sometimes it can be hard to tell. Especially, when their actions don’t correlate with their words. There should always be a healthy balance between a person’s words and actions.

Knowing whether or not someone loves you shouldn’t have to be a guessing game. If you get to a point where you question someone’s love for you, and if their intentions are pure, you should communicate your feelings to them. You should never have to be afraid to ask questions or to communicate your feelings to your partner. If you feel fear to be open and communicate with your partner, you need to work on your communication with them, because your relationship isn’t thriving as it should be.

Having healthy communication is something essential, and I’d even consider it to be one of the foundation pillars of a healthy and happy relationship. Your partner should never make you feel bad or guilty for asking if they still love you or if their intentions are pure. If your partner is with you for all of the right reasons, their intentions are pure, and they truly love you for you, they’ll have no issue telling you how much they care for you. They’ll even repeat it over and over, and year after year.

The reason you shouldn’t have to push someone or pressure them to be with you in any way is because they’ll naturally feel that desire on their own. At least, when they want you. Someone who wants you will pursue you, and work hard to attain your love. You should never have to force or convince someone to want to be in an exclusive relationship with you. Someone either loves you or they don’t, and they either want to be with you exclusively or they don’t. If you have to convince someone to be with you, then you’re with the wrong person, and it’s time to end that situation as soon as possible, and move on.

If you’ve been dating someone for some time, there’s no reason why you can’t explore an exclusive relationship together in which you’ll only date each other, as opposed to dating others as well. I don’t believe that open relationships are healthy. If you want an open relationship, then you aren’t dating with marital intentions, and you should just stick to dating. Just make sure that you let your “date” know that your intentions are such, and that you have no motive of ever moving forward with them. It’s important to be honest and direct about your intentions. As well, you should discuss them early on while dating. You should talk about what both of your longterm goals are, and what you both ultimately want in your future.

No one wants to feel as if they pressured their partner into being with them in a relationship. Even worse, no one wants to feel that they pressured their partner into marrying them. If you end up pressuring someone into doing something that they don’t want, or even if they’re not desiring to do it yet (perhaps they’re going at a different pace than you), you’ll never truly know if they love you, if they’re with you for the right reasons, or if they’re with you simply because you pressured them into it.

The best way to know that someone wants to be with you for the right reasons is to communicate your feelings with them, ask them, and make sure that you’re both on the same page. During the dating period and throughout a relationship, it’s important to not only be on the same page as your partner, but to go at the same pace as well. These things should all be communicated as a couple. These are normal and appropriate concerns that everyone is entitled to know, and you should never, and I mean never be afraid to ask or communicate them with your partner.

Remember, if you have to convince someone how great you are or what a great match you’d be together, they’re not the right match. Don’t you want the love of your life to automatically know how great you are without you having to tell them (rhetorical question). Obviously, you do, so stop trying to convince them, and settle for finding someone else. Perhaps your soulmate, and someone that will truly and utterly love and adore you without you having to convince them. 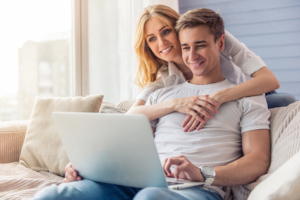 5 Ways to Be a Team Couple
Some great ways to be supportive of each other.