When it comes to exploring new relationships, you should never have to settle for less than what you want. And you definitely shouldn’t settle for being treated poorly by someone. People should know what they want or at least have some idea of what they’re looking for in another person. They should definitely be ready to date, or they shouldn’t even put themselves out on the market to date at all. We all deserve to have happiness in life, and to feel happy and in love with our partner. But when we don’t, we shouldn’t stall a break up that we know is bound to happen eventually.

It’s unfortunate, but many times people want to be in a relationship or even worse, they’ll stay in a relationship just so that they won’t be lonely. That’s one of the worst things that you can do to yourself and to the other person, because it’s not only going to leave you in an unhappy relationship where neither one of you feels fulfilled, but it will keep you from finding Mr. or Mrs. Right.

No one wants to be someone that the other person is just settling for or staying with because it’s easy or convenient. You should only be with someone because you love them, and because you want things to work. When couple stay together out of fear of being alone, or because they dread the fact that they might temporarily miss them, it’s not the wisest of choices.

You’re only supposed to date someone in order to see if you’ll be compatible enough to explore an exclusive relationship. But the sooner that you see that a relationship and a person isn’t the right match for you, it’s best to cut your losses short, and move on as quickly and as peacefully as possible. You don’t owe the other person anything, in the same manner that they don’t owe you anything. As well, it’s always best to part ways earlier, rather than delaying a break up for a long time, and especially when you know that it’s coming. Like I’ve always said, it’s better to be alone, rather than be with the wrong person. Don’t waste your time or other people’s time by clinging onto a situation that isn’t right for you. Especially, when the situation is toxic or when you’re not getting the type of love and treatment that you deserve. You know what they say–Next! 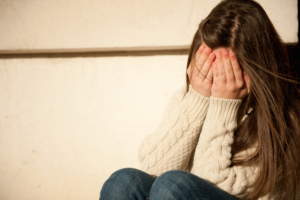 When You Find out That Your Child Was Bullied
A personal experience from this past week.