Many people have a hard time accepting that they’ve hurt someone else if it wasn’t their intention. A lot of times, we tell ourselves that the consequences of our negative actions are only our fault if we set out to intentionally hurt another human being. While it can be hard to accept that you hurt someone when you never meant to, it’s important to remember that intent and impact are two very different things. What we intend to do and the impact we have on others is not always one and the same. Here are three reasons why it’s important to differentiate between these two concepts.

1. Your Actions Can Still Hurt Someone Even If You Didn’t Mean for Them To

If you do something to hurt another human being, either physically or emotionally, your intentions that led up to the incident don’t have much of an effect on how that person feels after being hurt. It’s valid to acknowledge that you might not have intended for your actions to have the result that they did, but it doesn’t change the fact that another human being is in pain because of you.

2. Intent Doesn’t Affect the Consequences of What You Did

Whether you meant to cause negative consequences or not doesn’t negate those consequences or make them go away. For example, if you were to accidentally hit someone with your car and cause them a serious injury, their injury wouldn’t suddenly disappear because you told them that it was never your intention to hit them. They’d still be in physical pain and in need of an auto accident attorney. In fact, you can still be charged with involuntary manslaughter. In the eyes of the law, intent doesn’t negate your responsibility of hurting someone. However, we tend to think of hurting people differently when we talk about emotional or verbal wounds.

Emotional abuse works the same way. You need to take ownership of your actions. You wouldn’t tell someone with a broken leg after an accident to toughen up and it will be ok with time. However, people do this and minimize ownership of your actions. You should not use intent negate impact and damage when we are hurting someone emotionally. If you get defensive, try and think of why you are feeling that way instead of negating the harm you caused.

3. A Good Person Can Be Humble to Enough to Admit Their Mistakes

It’s hard to admit to doing something wrong or causing another person pain when that was never your intention. Having said that, a good person should be able to exercise humility when it’s necessary. Sometimes you need to remember that none of us are perfect, yourself included. We all occasionally act with the best of intentions but end up hurting someone else in the process. There’s nothing wrong with admitting to your mistakes and seeking to set things right, even if what you did was completely unintentional.

Remember, you’re not a bad person just because you unintentionally hurt someone. But you might be if you can’t own up to your mistakes and try to make the situation right, regardless of your original intentions. 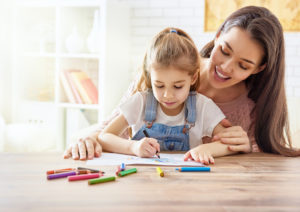