I wonder how many singles out there are honest about their intentions. But more than having pure intentions, I wonder how many people keep their word, are honest, and follow through with what they tell people in regards to their intentions. It’s important to know what you want in life. But when it comes to dating someone, you’re basically involving another person, and therefore you have to be concerned or at the very least, a bit cautious and considerate about their feelings. You see, many times we change our minds, take a different direction in life, and we decide to go down this or that path, rather than the one we might’ve initially intended. Many times we’re the only ones affected by those decisions. However, when you’re dating someone, changing your mind about your initial intentions and especially after gaining someone’s trust, is wrong, dishonest, and very misleading.

When singles do things as such, they’re being selfish, dishonest, untrue about their intentions with the person or the situation, and I must say, a bit heartless and insensitive. It’s imperative that we all start thinking about how what we say and do might affect other people. Having said that, this doesn’t mean that we’re supposed to be paranoid or feel like we have to live walking on eggshells or not be our authentic selves. On the contrary, we need to be true and honest with ourselves, but we also need to think before we say and do things so that we live our lives in a decent and righteous manner. This especially goes for when our words and actions might affect someone else.

It’s important to care about other people and to treat people with the same kindness, love, and respect that we would treat your closest family member or someone who we really love. And it doesn’t even matter how close you are to a person, because we should care about others. At times, we need to put other people before ourselves if you think there might be a chance of someone getting hurt. And even more so when people know themselves well, generally act wishy-washy or indecisive more often than not, and when people have a difficult time of making up their minds. Think before you speak, think before you act, and think before getting close or intimate with someone as to whether or not your initial intentions will be stable and remain the same after you get closer and gain their trust.

On a final note, I wanted to stress just how important it is to think carefully before making big decisions when it comes to getting close and intimate with someone. And I’d love to say that your reason should be because you’d like to be pure, and that you respect and value yourself enough to wait until you’re absolutely sure that the person and the situation that you’re in is safe, will be stable, and that the feelings are mutual and won’t change after the fact. But the truth is, the other part of that reason which is just as important if not more, is the fact that you should build a foundation so that you have substance in a relationship, and before you fully let go of your heart, your feelings, as well as your body.

Many people these days don’t care who they hook up with, and many people merely want short-term light. They’ll do anything and everything in order to get what they want, including lying to people and manipulating their minds by playing games. They’ll do so in order to gain someone’s trust, and ultimately get what they want. Many times, just after, they’ll hit the road, ghost and disappear out of your life. And if they don’t ghost or disappear, then they might end up letting you know shortly after you were close and intimate how “they thought” they could do something or be with you, but reality set in—coincidentally, after you were closer and fully let go—and they simply can’t do it.

At the end of the day, all people are basically telling you when they play with your feelings as such, is that their initial intentions weren’t true and they had ulterior motives all along. This is why it’s important to wait until you’re exclusive, and then, until you both develop a strong foundation for a healthy relationship. Many times, I like to refer to the foundation as “the cake” in the relationship. We all like frosting and the good parts of a situation including the honeymoon phase. But it’s the foundation, and the cake, that’s essential in a relationship and that’s going to make it last. That foundation should involve great communication, honesty, being open book with one another, being each other‘s rocks and best friends, and last but never least, it should be based on love. 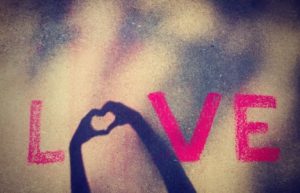