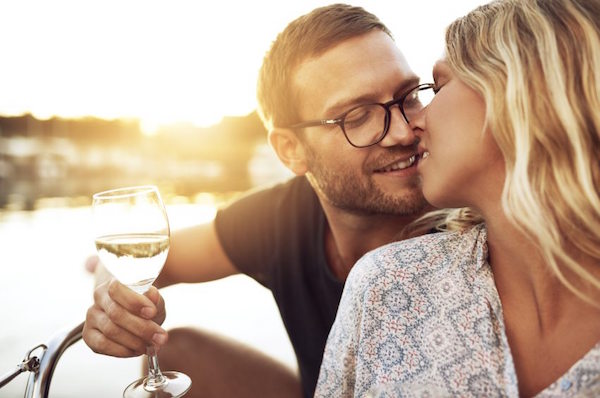 Being able to connect with your partner is essential in a healthy relationship. Relationships that are one-sided in any way, won’t work. If you’re unable to let go of your past or if you have wounds from a previous heartache, deal with it on your own, and don’t think of yourself as “single and ready to mingle,” because let me tell you, you’re not ready, you’re just single.

If you’re willing to date someone that you know is emotionally unavailable or commitmentphobic, you likely either have a low self-esteem, you’re drawn to the person because you, yourself have issues with commitment, you have a self-destructive personality, or perhaps the reason is because you like “the challenge” and want to be with the person because you enjoy “the chase.” Never date someone that’s emotionally unavailable and disconnected. Doing so will leave you feeling unhappy, miserable, confused, lonely, and you’ll likely end up being the one that gets hurt in the end.

You’re not a saviour. Relationships shouldn’t have to involve you having to fix anyone. Someone that’s emotionally unavailable isn’t broken, they’re just unable to connect on an emotional level. They not only need to be self-aware enough to realize that they have a problem, but they need to  be willing to change. You cannot and should not even try to change them – it’s not your job. And unless they’re willing to work on themselves and bring down their emotional barriers, they’ll never be able to fall in love – not with you, and not with anyone, even themselves.

You are not the problem. Just keep telling yourself that, and remember never to blame yourself for why the other person is acting the way that they do. Don’t change how you act, how you look, or what you feel is right versus wrong. Believe in yourself, love yourself, and respect yourself enough to walk away from a toxic and dead-end situation. But definitely, don’t change in order to please someone that’s emotionally unavailable and disconnected. Just be you, stay you, and continue about your journey in the best way that you know how. Changing yourself will only take away from your true inner beauty, and besides, an emotionally unavailable person will never be satisfied with any changes that you make. And if anything, an emotionally unavailable person is the one that needs to do the changing.

Don’t change who you are at your core. You should never have to feel fear in a healthy relationship. There’s never a good reason for you or anyone to have to walk on eggshells or to be afraid of acting as themselves or of doing and saying certain things. Don’t let someone that’s emotionally unavailable direct your relationship or run the show, because until they fix themselves, they won’t be able to even direct their own life, let alone, your relationship, or “the whole show.” No one deserves to live in fear, and it’s very common for emotionally unavailable people to project their hardened and emotionally disconnected hearts onto their partner, their date, or just others in general. Just remember, loving, happy, and healthy relationships take a certain amount of connecting, and feeling a sense of emotional closeness is essential if you want your relationship to thrive.

5. Don’t Make Excuses for Them

Don’t make excuses for their bad behaviour. People only deserve to be given the benefit of the doubt when they don’t have a track record. Someone that’s emotionally unavailable is sitting on a large and fat track record. Someone who’s emotionally unavailable shouldn’t even be in a relationship, let alone to deserve such a sweet partner that would make excuses for them, believe in them, feel hope, and stick around as their ship sinks. Don’t stick around! And stop making excuses for them… If they flake on you, if they’re busy, or if they have so many other things going on, it’s still not an excuse to accept being treated poorly. Don’t accept some lousy and flimsy type of excuse as to why they’re not being close with you.

6. Don’t Let Them Blame You

You’re not a doormat. You’re not a backseat. Remember this… you ride shotgun in your relationship. I don’t care whether you’re riding shotgun or you’re the driver, but you should never settle for anyone that makes you feel as if you get the “privilege” of sitting in the backseat, and that your feelings don’t matter. Hey! You’re a priority and should be treated like one. Love and respect yourself enough not to let someone treat you as an option. Someone that’s emotionally unavailable will tend to take advantage of the person that their dating, and many times, without even realize it. They tend to be selfish, and to only think of themselves and their own feelings. 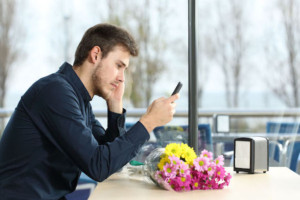 Why Rejection Isn’t the Worst Thing
You have to let go of the wrong person, so…