Sometimes in life we do things that we regret. Many times we feel saddened, because our mistakes not only affect us, but they can affect those around us, causing others discomfort and pain. I truly believe that when someone does or says something that hurts another person intentionally or unintentionally, it’s imperative that we feel and show signs of remorse.

It’s true what they say, no one is perfect, nor should they claim to be. Imperfections are usually the little things that I personally find to be the most appealing and attractive in people. Having said that, not everyone agrees, and many people feel the need to be the best of the best, to make it be known, and to never show a sign of weakness by admitting to a wrong doing.

It’s important to recognize that being the type of person who strives for perfection doesn’t mean that they’ll ever be perfect. At least, not when they fully understand that it’s impossible. Striving for perfection is healthy and can make people become the best version of themselves. They usually set goals that are high, try to achieve those goals, and end up on top, despite the battle and tough roads that led them there. People that strive for perfection usually end up becoming very successful in life. They’re usually hard on themselves, as well as hard on others.

It’s important to differentiate between being perfect and being someone who strives for perfection. Being someone that strives for greatness and perfection is wanting to be the best and striving for that, whereas being perfect means that there are no flaws or imperfections. Being perfect means that nothing short of perfect will ever do, and no amount of true happiness can ever be attained until perfection is achieved. If you believe that perfect exists or that perfect is the ultimate goal, you’ll never feel truly happy in life. Nothing will ever be enough, nor will you ever gain the satisfaction of feeling truly happy, fulfilled, or accomplished.

When someone has high standards, yet realizes that they themselves are imperfect, they don’t belittle others, judge them in a harsh way, nor feel as if they’re better than everyone else. It’s important to understand that we’re all better than some people at some things, and others are better at some things than us. No one is going to be amazing at everything, well, unless they’re a superhero.

It can be truly beautiful when one realizes something that they’ve done wrong or if they’ve hurt someone in some way, and shows signs of remorse. When a person shows signs of true remorse, it can be very healing to the person that they’ve hurt. This is true, despite whether or not a person forgives you for what you may or may not have done. The fact is that when someone knows that you feel bad about hurting them in some way, they do forgive, at least a little. Even if they don’t show it, there’s a small amount of forgiveness that takes place.

When someone apologizes for a wrong doing or something that might’ve not necessarily been wrong, but something that might’ve caused them pain or discomfort in some way, it calms their nerves, and soothes them to know that you care enough to show some sign of remorse. It takes the fire that rushes to one’s head and disintegrates it, or at least cools it off a bit.

Being Remorseful Can Turn Hate Into Love

Being apologetic can change a person’s fate, help someone lead a life of peace, or even prevent an unfortunate mishappening. Pain can tear us apart, just as showing remorse for causing pain can bring something or someone back together. Remember, we’re all human, and we’ve all done things at times that we’ve regretted. Maybe not big things, but things where we might’ve done things differently, if we had a second chance.

I’ve mentioned this before, but it never hurts to repeat it. We have two ears, two eyes, two nostrils, two hands, two legs, and two of many things within our bodies. But, we only have one mouth. We need to be careful, and think before we speak. We need to develop a sensitivity towards others, and think before we say things that could hurt others. I’m not saying that one should feel like they have to filter what they say all of the time or be on eggshells, but if you generally say things that cause people pain, even when it’s unintended, I’d start filtering if I was you.

“Keepin it real” doesn’t mean that it’s okay to be insensitive, nor does being brutally honest mean that we should be so in a sour and insensitive manner. It’s important to be aware of others around us, whether it’s people who we know and love, strangers, animals, or even our environment. It’s important to care. If you’ve hurt someone, and you know that they’re feeling some sign of pain from something that you’ve said or done, let them know that you care just enough. Tell that person that you’re sorry for causing them pain and discomfort and wish them good things in life. Relieve yourself of any guilt, and perhaps even more importantly, relieve that person of any hurt that they might be carrying deep inside of them.

6 thoughts on “The Power of Remorse” 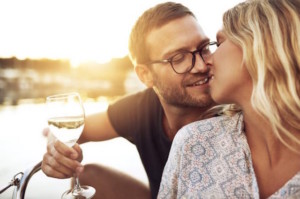 6 Important Things to Remember If You’re Dating Someone Who’s Emotionally Unavailable
Stop torturing yourself and end it!