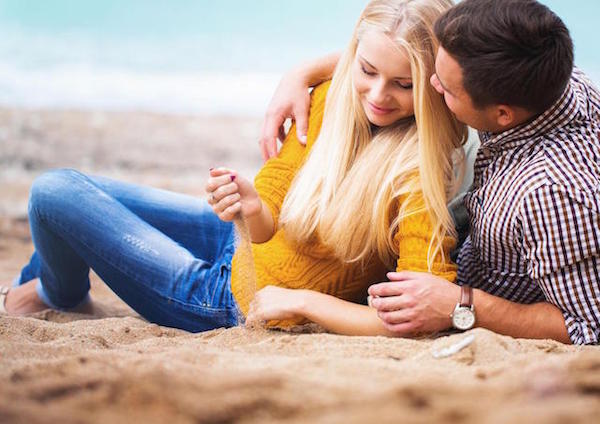 In the dating scene these days, something that I’ve noticed happening, is that many singles aren’t making having a partner enough of a priority in their life. Not only that, but it’s getting to the point where I see many singles that aren’t putting enough effort, or even making the time to spend with the person that they’re dating. The busiest of people can always “make” the time for someone that they care about, and especially when they view them as a priority. No one should be made to feel as if they’re merely an option.

The same thing goes for making enough contact with one another while dating. And yes, even texting. Although, there should be a phone call here and there too, because too much texting and not enough picking up the phone and talking is another issue that I’ll have to write more about later. But either way, there should be a certain amount of communication that two people have while dating, and especially when their intention is to get to know each other on a deeper level.

It’s definitely important to be independent, and to be able to function and do your own thing in your life, so I’m not saying that you or your partner should come across as needy, or smother the other. Not by any means is that what I’m trying to convey. But more so, I’m saying that both people should give each other enough attention, and treat each other as a priority, so that they can actually see if they’re a good enough match to be in a relationship together. That is, if having an exclusive relationship is their ultimate intention.

Despite how long people date before getting into a relationship, they need to get to know one another to a certain extent, and that takes asking the right types of questions, and making enough time to see and communicate with one another. Communication is everything, and if there’s not enough communication when dating each other, then you’re going to stall the dating process altogether, and you likely won’t get to know one another on a deeper level.

It’s important to know whether someone is making dating a priority in their life or not. And I’m sure that this is something that you’ll want to know, if you’re the one questioning it. Not everyone wants to jump into a relationship right away, and not everyone views dating as a priority, so it’s important to find out whether you and the other person ultimately want the same things, whether you’re on the same page, and whether you have a similar timeframe.

It’s absolutely imperative to be on the same page when dating someone, and you should never be afraid to communicate how you feel in that regard. Having said that, you shouldn’t want to waste anyone else’s time or your own. Therefore, it’s best that you find out sooner, rather than later whether the person that you’re dating views dating you as a priority, as well as if they’re hoping to get into a relationship at some point.

No one should date someone with hopes of being in a relationship at some point, while the person that they’re dating is treating them like an option, instead of a priority. I don’t know about you, but I don’t want to be someone’s option, and definitely not one of many options. If you ask the right types of questions and spend enough time communicating with the person that you’re dating, you should be able to find out pretty soon whether or not you’re compatible, whether you ultimately want the same things, as well as if you’re on the same page and feel comfortable with the pace that you’re going.

Both people should feel comfortable while dating and not feel as if they’re going too slow or too fast. And there should definitely be a certain comfort level where you can both communicate your feelings to one another in a healthy manner so that you both feel heard, and so that both of your needs are met. Remember, communication is everything, and if you’re having certain concerns about whether or not someone is giving you enough attention or making you enough of a priority, then you should definitely make the time to talk about it with the person.

If you feel as if the person that you’re dating is treating you like an option, instead of a priority, then you should definitely feel comfortable enough to communicate your feelings to the person. And either they will choose to step up their game and go at a different pace that’s more comfortable for you, or you might have to go your separate ways if it’s something that isn’t adequate enough. But no matter what, don’t settle for someone that’s treating you as an option. You deserve to be treated as a priority, and as if you’re important, because you are important, and if the person that you’re dating doesn’t treat you in such a way, then you should move on. 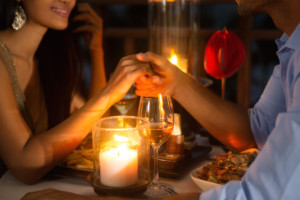 Keep the Fire Alive in Your Relationship
The importance of having a date night.