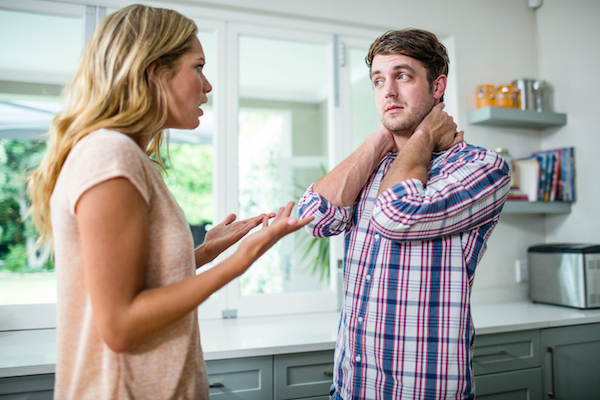 With many of our busy schedules and lives, many people become overwhelmed and stressed out to the point where they get anxiety and simply can’t function well. And many times, people get so stressed out that they can’t even deal with their own emotions, and because of that, it creates turbulence in their lives in many ways. One of the worst things that happens is that they take their stress out on others, and many times without even doing so intentionally.

Many things happen when people are stressed out and get overwhelmed. Some of those things are like I’d mentioned previously, that they take their bad mood, stress, nerves, and anxiety out on others. But they’ll also become very negative people, and they’ll not only vent to others about what they’re going through to try to relieve some of it, but they’ll also blame others, or even create issues, causing fights with their loved ones or perhaps even becoming hostile to random strangers that they’ll meet throughout their day. They’ll become mean, angry, and even attack others on a physical or emotional level.

As well, they tend to become selfish, thinking about their own lives and worries, and many times, to the point where they stop caring about who they’re hurting along the way. You see, in the moment, they struggle to see just how toxic and destructive they’re being. Which many times, they’ll end up feeling remorseful and regretful, only realizing later that they should’ve had more poise and self control, and that they probably overreacted unnecessarily because of what they’re going through.

When you’re feeling stressed out, you should literally lock yourself in your room until you’re sane and calm enough to handle the world outside. It’s imperative to be kind, or at least to be cordial to others, despite the fact that you’re dealing with some heavy shit. Everyone has good days and bad days, and everyone goes through certain periods in their life where they’re more stressed out or overwhelmed than at other times. But it’s crucial to maintain your composure, to have poise, and be in control of your emotions, and not let your stress get the best of you, or others.

To take your stress out on other people is simply wrong, and you should be self-aware enough to recognize when you’re doing so. No one should be your punching bag physically or emotionally. It’s important to care about how you affect others around you. You should watch what you say and do, and you should try to control your emotions enough to deal with other aspects of your life, including how you treat others.

Just because someone is stressed out or overwhelmed at times doesn’t give them the right to be nasty or cruel to other people. If anything, when people take out their stress on others, instead of dealing with it themselves in a healthy manner, they’ll likely not only feel bad about what they did later or down the line, but they might even be taking themselves into an even worse state of mind where they’ll be even more stressed out and upset after having become such a negative and cruel person.

I truly believe that people can only hurt you as much as you let them. In other words, if someone is going through a lot of stress in their life, it’s one thing to be a good friend and to be there for them, to be supportive, and to be a good listener if they need to vent at times, but it’s another thing to stick around while that person bullies you, takes their stress out on you, and abuses you by treating you poorly, saying nasty things, or even by coming up with reasons why you’re at fault and blaming you. I mean, come on! Own up to your shit!

Remember, we all get stressed out once in awhile and we all have our moments where we get overwhelmed and feel as if we simply might lose it at times. But we all have the power to control our own emotions, and to be a solid person where we don’t take out our stress onto others for any reason. We all have the ability to have enough self-control to know when we’re not being the best version of ourselves.

When we keep ourselves in check and are self-aware enough to see that we’re not in an emotionally healthy state of mind, we should take some alone time to figure things out. We should clear our minds, recoup, do some breathing exercises, and make sure that we don’t become negative or toxic people. You see, at the end of the day, the last thing that anyone wants is to fall into an even deeper hole, or Heaven’s forbid, lose the ones around you who support and care about you the most by pinning your stress, nerves, and anxiety onto them, or even worse, blaming them for how you’re feeling.

One thought on “When People Take Their Stress out on You” 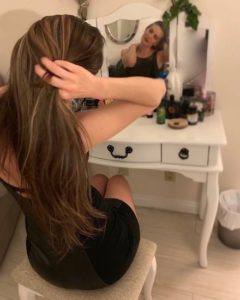 Me, Waiting On The Side
Poetry by Anne Cohen