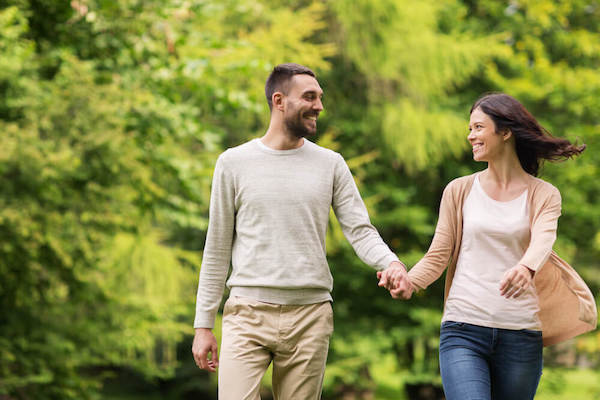 It’s imperative to acknowledge red flags early on. But unfortunately, many times people don’t, and they sweep red flags under the rug, and keep dating a person, and usually, for all of the wrong reasons. When you see a red flag, find out if it’s something that’s really a red flag or if it’s something that’s just a preference. But if you see that whatever it is truly is something that is or eventually will be an issue for you, cut your losses short and end the situation right then and there. Don’t sweep things under the rug. Doing so won’t do you or anyone any good.

A red flag is not a caution sign. It’s a sign that things cannot go forward. It’s more like stopping at a stop sign and a red light, than slowing down for a yellow light. You’re not desperate to be with someone who you just met, so if you see a sign that tells you that something isn’t right or if you know you can’t be with someone after hearing certain things, learning certain things about them, or from seeing certain things that they’ve said or done, leave. Call it quits early on. Don’t wait around, stalling a break up, or keep dating someone because you’re attracted to other things about them. Everyone has many qualities and attributes that you will like and possibly even love and adore, but the wrong match is simply the wrong match, and you shouldn’t waste your time or anyone else’s.

Making the decision to end something is simple. It’s as easy as one, two, three. Don’t stall ending something for any reason, especially early on when dating. The longer that you stall ending things when you know that you’re likely going to, the more attached you or they might become, and in a nutshell, the more foolish you’re acting. Don’t be a fool, and don’t settle for the wrong match. When something is right, and when you’re truly with the right match, you’ll know it, things will flow for the most part. You shouldn’t be wasting your time with an almost match, a great catch, or with someone who has red flags—and yes, even one red flag is enough to leave and call it quits.

Having issues with someone early on is never a good sign, and it’s one of the easiest ways to know that you’re with the wrong person. Having a lot of issues and big concerns early on, are definitely considered red flags. Now, having said that, someone people are resilient, like to work on issues, and embrace the stability factor, not wanting to end things, but instead, they try to make things work. Look, there’s never a good reason for two people who just meet to have to force things, force feelings, or force things to work when nothing seems to be flowing.

Being with someone new involves what I like to call a taste of a honeymoon. There needs to be a honeymoon phase, and things should be kept pretty light in the beginning. There should be smiles, laughter, peace, and joy. You should never have to force anything to work when you’re with the right person. And sure, it’s great to work on improving yourself, your relationship, and of course, on your your marriage. But you should never have to work hard on improving something with a person that you just started dating. That’s like forcing two puzzle pieces together that don’t fit or even almost fit. If it’s not a good match, move on. Next! 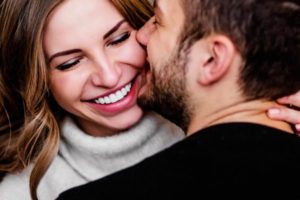 Why You Must Be Physically Attracted Early On
Even if it's just a little bit.