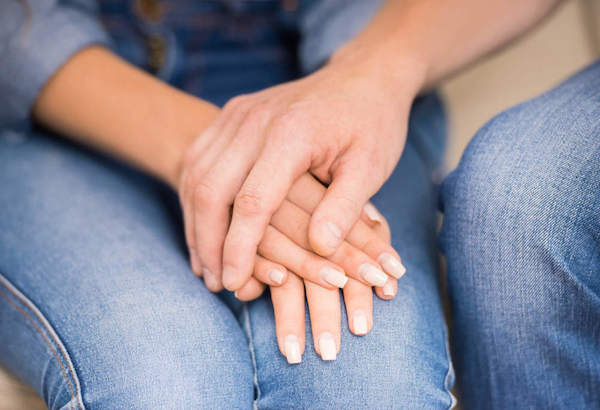 Sometimes, people feel as if they’ve got it all figured out. But unfortunately, things don’t always work out as planned. You can know exactly what you want, know what works for you, know what doesn’t, and you can even go into situations cautiously, but at the end of the day, you can’t predict the final outcome of situations, no matter how great your game plan might be. Sometimes, the only way to know if a situation will work, is to try, explore it, and see how things go.

It can become truly deflating when you put so much effort and love into going after something in life, and especially when that something is a person who you hope to be with forever. And we all know that the best method to get the great results when it comes to making a relationship work, is by putting a ton of effort and love into doing your share of things, and into being selfless and giving whenever possible. Yet still, sometimes, it doesn’t really matter how giving, selfless, or loving you might be, because you can’t change other people, make them feel the same way about you, or even turn them into the type of person who is willing to improve themselves or dare I say, put the same amount of love and effort into you and the relationship as you do. All you can really control are your own actions.

When you see that over a certain time period, things don’t seem to be working out, and especially when you’ve given a situation a genuine chance by doing your share of things, by working on improving yourself, and by doing things to better your relationship, there comes a point when you should end things if nothing seems to flow and neither one of you is happy. And if one of you is happy, while the other person feels unhappy and never satisfied in your relationship, then something obviously needs to change. The point of life is happiness, so why bother being in an unhappy relationship where only one person feels good and satisfied. Things should be fair in relationships, and both people’s wants and  needs should equally be met whenever possible.

Relationships are like a premarital phase, for couples to see just how compatible they are. And if they have hopes to get married, then it’s a great way to see if they can be happy together, without driving each other crazy, to the point where one or both people give up and want a way out, thinking that they’ll be happier apart. We should all be with our best possible match, and that’s a situation where both people will feel an adequate amount of happiness, stability, and love with one another, where even if they need a moment or a little time to themselves, it won’t necessarily mean that they’ll want to break up or end things. You see, they’ll  recognize a good thing when they see it, they won’t want out, and they’ll appreciate what they have when they have it. They’ll feel the desire to fight forward, to love hard, and to fight towards making things work in their relationship by improving things for the long-term, and not ending things if there happens to be a rough patch or if they have difficult times, which we all have by the way.

Your best possible match won’t see things as if the grass is always greener, always looking for the next best thing, and they definitely won’t keep their options open or check out of the relationship emotionally to the point where they’ll be open to connecting with someone else in a physically intimate or even in an emotionally intimate way. They’ll value their partner, they’ll know their worth, and they won’t risk losing them to see what else is out there.

You should never have to feel afraid of losing your partner because you’re going through a difficult time. And if you feel that way, and as if your partner is checking out of the relationship, and you’re afraid that your partner might peace out simply because you’re going through difficult times or because the world has thrown you certain curveballs in life, then you’re obviously with the wrong partner. The right partner will stick by your side, love you harder, and give you as much emotional support that they can in order to help get you through.

The right person doesn’t leave your side when things get difficult. Having said that, if you’ve made certain promises or haven’t kept your word, and if you haven’t been the best partner or done your share of things in your relationship, and assuming that your partner wants out of the relationship because of it, you can’t necessarily blame your partner for wanting to end things and leaving. If you feel that your partner is abandoning you during hard times or if they’re literally abandoning you, perhaps you weren’t being a good partner or keeping your end of the bargain. Like I said before, things need to be fair.

Relationships involve give and take, and they take a certain amount of love, effort, and hard work. Both people need to be equally giving, loving, and understanding in a relationship. When relationships are one-sided, where only one person is doing their share of things, the other person might want to end things despite the fact that you happen to be going through a difficult time. And you can’t necessarily blame them for wanting to leave at that particular time.

You can’t expect for someone to be a saviour or to be there for you when you need them, if you’re not going to be a good partner for them as well. And don’t get me wrong, because I’m not saying this from a vengeful place where anyone should feel bitter and want to get back at their partner for not being there for them and leaving them during hard times. I’m simply saying that if you’re not going to be a good partner and do your share of things in the relationship by being loving and supportive to your partner throughout the duration of your relationship, you can’t expect that they’ll stick around and be supportive when you’re going through hard or challenging times.

A lot of couples stay together simply because they’re going through hard times, not wanting to leave or abandon their partner until things get to a more comfortable place. Many people stick around out of a pure and loving place, desiring to be there as a backbone and good support system for their partner even when they ultimately know that they want to leave. But the problem with that is, that many people stay for too long and end up missing out on other opportunities in their own life, and because of that choice, their own lives might have a negative impact which isn’t necessarily fair, despite that some people have such pure and loving hearts.

You can’t be someone’s saviour, and it’s one thing to help someone out and to be there for them for a certain amount of time as a shoulder to lean on, as a support system, or even as a friend, but at the end of the day, we’re all responsible for our own actions and we need to deal with the consequences of the choices that we make in life on our own. You can’t blame other people for not sticking around when shit hits the fan or when things seem too hard to bear. This is why we ultimately need to be our own backbone and look out for ourselves, despite how selfless we might be at our core.

It’s one thing to be loving, giving, and selfless in your nature and when you do things for other people, but it’s another thing when others take advantage of your loving ways, never give back, and drag you down into a negative place with them. Know when it’s time to leave, and don’t feel guilty for not sticking around and being there for someone through their difficult times when they haven’t been a good partner to you. You don’t owe anyone anything, and you shouldn’t feel an ounce of guilt for leaving when someone wasn’t good to you in a relationship.

One thought on “Hard Times in Relationships” 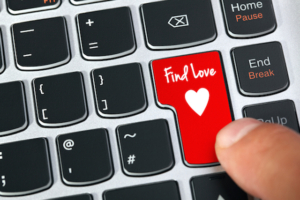 Is It Possible to Meet Your Soulmate Online?
We can find real love just about anywhere if we…