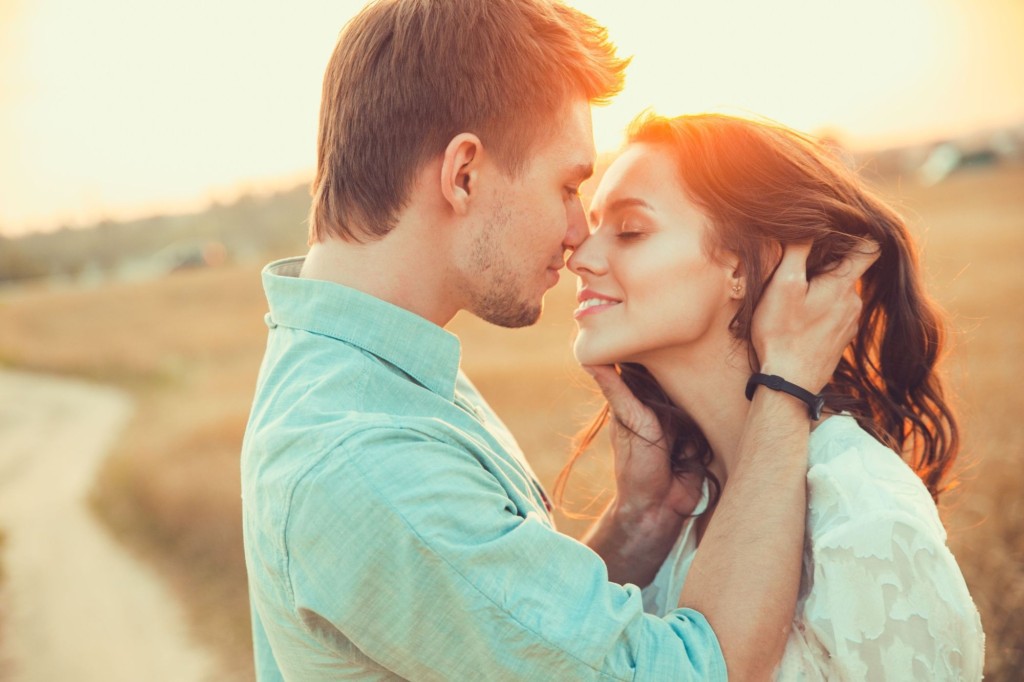 To be in love. It’s a magical feeling that many of us have been fortunate enough to experience and embrace. To love is easy when your heart is truly open, and you generally find the good in all things and people. However, to be in love with another person is something in which you feel deeply and utterly warm and complete, as if you’ve found your other half. We should all be a whole ourselves, and that’s a must when it comes to being able to love another person. At the point when you know that you’ve fallen in love with someone that brings out the best in you, that makes you feel good inside, and that brightens up every day of your life simply knowing that they’re a part of it, you’ve had the opportunity to experience love.

Many times, when we meet people, we can tell from the get-go what kind of person they are, and whether or not they’re a good match for us by the things that we ask them, and how they respond. However, at times the chemistry that you might feel with another person might be so incredibly strong that many of us brush off the fact that they’re actually not a very good match for us at all. You might even end up staying with a person and getting into an exclusive relationship with them despite not being good for one another.

Sometimes, people choose to stay with someone despite the fact that since the very moment they met, they instinctively knew that they weren’t the right match. You knew right away because your questions and their answers had only confirmed your instincts to be true. After time passes and you’ve been in an exclusive relationship with the person that you ultimately knew that you were likely a bad match with, there will most likely come a point where you have to end the relationship.

Many times people say that you can’t control who you fall in love with, and that it just happens naturally. There is some truth to that statement. However, despite the fact that you can’t control who you fall in love with, you can control letting yourself be open to developing feelings for another person by not exposing yourself to them, spending time with them, and getting to know them on a deeper level. If you spend time with someone, you’re bound to develop deeper feelings for them, and especially when you have fire and chemistry with one another. The truth is, you shouldn’t put yourself in a situation where you know you’re ultimately not going to be right for each other for different reasons. Whether those reasons are the fact that you both ultimately want different things, or if perhaps there’s another crucial reason for you not being a good match, it’s irrelevant.

Despite the reason that you know you’re not good for one another, choosing to still pursue someone or letting someone pursue you when you know they’re ultimately not good for you, is only going to hurt more in the long run if if and when things don’t work out. The longer that you’re with someone, the more time spent with someone, and the more love and effort you put into getting to know that person, the more that you’re going to develop feelings for them. It’s important not to let yourself fall in love with someone that you know you can’t be with. Many times people say, “Just have one date with me, and let’s see how we feel.” They might even say something like, “Just give things a chance and meet me.” Many times people feel, hey, it’s one date, how is that going to hurt you. But the fact of the matter is that each and every one of us develops feelings for others in different ways and at a different pace.

It’s important not to put yourself in a position where you could become weak or vulnerable, even to your own feelings. You should absolutely have an open heart and mind towards letting someone inside and embracing the opportunity to truly get to know someone, and possibly fall in love. But you shouldn’t do so, and you definitely shouldn’t be open towards getting to know someone on a deeper level when there’s ultimately no chance of you being together. The amount of heartaches that I’ve seen over the years, and the amount of pain that I’ve witnessed close friends, family, strangers, and even myself go through by choosing to explore situations and giving people a chance that never should’ve had one are too many to bear. No one should have to go through any unnecessary pain in life. Why should we open our hearts up and let ourselves fall in love with someone when there’s little to no possibility of having a future with them.

People can convince or try to convince others of why one date is not such a big deal, and to live in the moment, “the now,” and enjoy life and be a free bird. Living in the moment in such a way is plain old stupidity if you ask me. It’s important to fall in love with a person for who they are and embrace your feelings towards them. Things should naturally flow during early dating, and you should definitely be open towards developing feelings for someone. But only, when there’s a good chance that you’ll be able to ultimately be together.

We should all cherish people and not take anyone’s feelings lightly or for granted. I don’t believe in empty love, empty intimacy, or empty relationships. Many times it’s the people that are so incredibly open to having that one date with someone when they know that there’s no chance of them being together, because their intentions aren’t pure. This is why it’s imperative to have pure intentions, to know what you want, know your self-worth, and ultimately want the same things as your partner.

There are things that you should find out during early dating, like if you ultimately want the same things in your future. You should never be afraid to ask big questions. There’s a way of keeping things light and still being direct, clear, and honest in your approach while asking early dating questions. You never want to make someone feel as if they’re in an interview. But, certain things you need to know. You should find out certain important facts during a first phone call, and then you’ll have a better idea of whether you should even have that first date. During a first date, you should ask important questions as well. I’d highly recommend following the 3 Date Rule in order to tell if you’ll be the best possible match for one another, and whether or not you should pursue things further than three dates.

Remember, just because there’s fire, chemistry, and a seriously good amount of attraction with a person you’re dating, when you know that there’s no future with them, it’s important to end things sooner, rather than later. If you know after a first phone call with someone that there’s no future with one another for whatever reason, you shouldn’t go on a first date. You have to think of others opinions, and not just your own. Like I said before, people develop feelings for others differently, and at a different pace. It’s important to take other people’s feelings into consideration, and not suggest going out even for merely one date when you know that it’s unlikely you’ll end up together. No one should waste anyone’s time. We should value each and every person, and treat everyone as individuals.

If someone lets you know early on that they’re not looking for anything serious, and you’re totally okay with that, then by all means, do as you please. In scenarios as such, you already know that there’s ultimately no future, so this article doesn’t really pertain to you. However, for all others that truly hope to find a loving, meaningful, and long-lasting relationship, it’s important to be on the same page, and ultimately want the same things as a partner. Keep that in mind while exploring the dating scene, and when giving situations a chance. Make sure that when you explore a relationship with someone, you’re doing so because it has a genuine chance, and not merely to enjoy the moment. 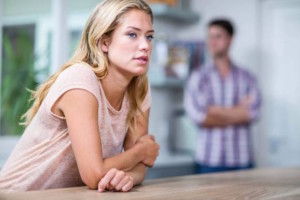 When Your Partner Acts Cold
When in doubt, stay optimistic.