Many times people show little to no self control in life, and when dealing with other people. Perhaps they explode, have outbursts, and show signs of a bad temperament. They tend to make excuses that the reason that they act this way is because of their childhood, or from bad experiences that they’ve endured throughout their life. When a person has had bad experiences or was brought up in a rocky environment in their youth, they need to work on themselves, and not use their rocky background, and troubled past as an excuse to why their behavior is not only acceptable, but excusable. If anything, the reason that their behavior is what it is, because of their past, is very understandable, yet still will be looked at as baggage, and unhealed wounds, that need to be repaired before getting into a relationship with someone.

You can’t expect to fall in love, and have a healthy, happy, and loving relationship with someone, when you have wounds that are still fresh from hard times that you’ve gone through in your past. A lot of people have had hard times growing up or have been in bad relationships, etc. Having said that, people can handle those experiences in two different ways. Either they can work on themselves, do some soul-searching, read a lot of self help books, go to therapy, have someone that they can talk with, and confide in, or they can repeat the same mistakes that have been done to them over, and over again.

If you’re someone that has gone through a rough patch, or possibly the type of person that’s had a horrible childhood even, then you likely have a lot that you need to work on. It’s important to acknowledge the things that you’ve gone through that haven’t been good in your life. As well, it’s imperative that you become a very self-aware type of person, and make a very conscious effort in your life not to repeat the same mistakes, in order to end the cycle of the turbulence, and the difficult times that you’ve gone through.

This is a tough subject to touch base upon in one mere article, because there’s different types of hardships, and different ways that people need to improve, and work on themselves. However, the main point that I’m trying to get across in this article, isn’t the types of difficulties that you’ve had, whether they were because of your childhood, the way that you were raised, or the types of people that you’ve dated, etc. I’m more so trying to get the point across that it’s important to work on yourself, before exploring a relationship, or a friendship even, until you’re healed, and ready.

Despite what you think, acknowledging the hard times that you’ve gone through isn’t enough to heal you. It might take an awful lot to fully heal, if that’s even possible for some people. What’s important is to get to a point of healing yourself, where you become self-aware enough that you won’t negatively affect the people around you in a way that will cause them pain, or discomfort by just being around you. Once you’ve gotten to that healed or self-aware state, it’s important to know that you’re no different than anyone else, and definitely no different than people that have had easier upbringings, or less heart breaks from relationships that went wrong. It’s time to stop making excuses for yourself. As well, your partner definitely won’t be helping you by making excuses for you.

Remember, chill out, get a hold of yourself, control your negative emotions, and start putting some effort into becoming more self aware, so that you realize how you’re affecting the people around you. You should know that you’re just as deserving as anyone else in this world to find happiness, true love, a healthy relationship, healthy friendships, and to have all of your dreams come true. You not only deserve true happiness, but you can attain it. But, first you need to be a whole person, before not only finding a whole, and healthy person, but in order to raise the chances of them wanting to stick around.

10 thoughts on “The Power of Being Whole” 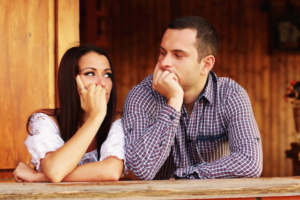