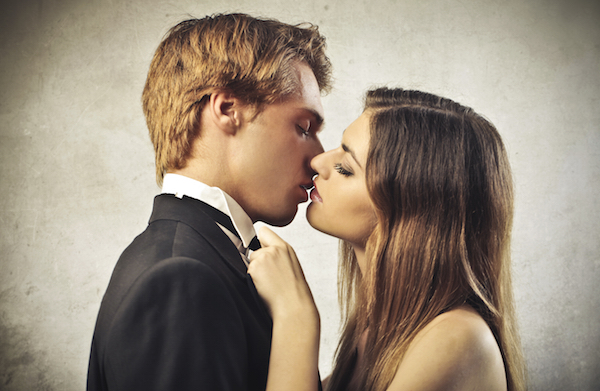 These days, the dating scene can be a seriously tough pill to swallow. It’s difficult to be single in your 20’s, 30’s, 40’s, and yeah, everything above that as well. It’s almost as if something happened after the year 2000 where all of the girls turned into princesses and all of the guys turned into doofuses. Being that I’m a girl, I decided to point out some of the flaws in the dating world from a female’s perspective.

We all want to find that one special someone that we can share our life with and call a partner, a lover, and a best friend. The problem is that many times we go about dating in a way which we’ll not only find what we’re looking for, but we’ll find just the opposite. After doing so, and when we feel the disappointment of another failed situation, we’ll naturally tend to blame the world, the guys, and other obviously delusional reasons that have nothing to do with what we might be doing wrong.

The fact is, when a person goes after the same types of people again and again, but to no avail, and the same issues and problems keep coming up, there’s something wrong with the way that we’re going about it. The only way to find success in dating after you see that you’re repeatedly going after the same types that turn out to be doofuses, you should change things up. Why don’t you try looking for the opposite of what you’ve been searching for if you see that the type you  keep going for isn’t working for you. By opposite, I mean that maybe what you think will work for you in a relationship won’t actually work for you.

One of the biggest problems in the dating scene is that people want to date and meet someone, but they don’t even know what they want or what they hope to find in a partner. Not knowing what you want is one of the biggest problems that men and women seem to have when hoping to meet someone. It’s essential to know what you want or at least have an idea of what works for you and what doesn’t in a relationship.

I’m not talking about superficial qualities like hair, height, financial status, or even what kind of job someone has. What I’m more so referring to is what makes you feel connected to another person. As well, what are certain common interests that you hope to share with a partner that you feel are must-haves. Perhaps you hope that your partner will be financially stable, and that’s a must have for you. Maybe you’d like your partner to be family oriented or be open to the idea of having children.

It’s important to know what you want before getting into a relationship, and to definitely bring the subject up during the early dating period. Surprising someone that doesn’t want kids in their future with the fact that you want them, and telling them after you’ve been together for a few months is not the best method of dating. At least, not if you’re hoping to have a long-term relationship that could possibly lead to marriage. It’s important to know what each other wants not only in the now, and today, but also down the line, and in the future.

These might seem like some obvious things to know before going into the dating scene, but unfortunately, many people don’t want to seem too intense, direct, straightforward, or even seem as if they’re putting pressure into a new and promising situation. When you bring up conversations about what someone wants in their future, it’s an intelligent thing to do, and it should definitely happen during the early dating period. My feeling is that it should happen on the first date. I personally don’t even accept a first date without knowing whether or not a person wants the same things in their future.

I don’t believing going on pointless dates, and I have no reason to get a free meal. It’s imperative that people know what they want before getting into a situation, and that they’re not afraid of speaking their mind, and being direct in their approach. You should never be afraid or ashamed to say what you ultimately want in your future. If that seems to be a turnoff to the person that you’re dating or about to date (and even more so when they state that they feel like you’re pressuring them), I would immediately end the situation. The reason that I would end the situation is because whenever a person feels pressured by the normal questions of early dating, their intentions are likely impure, and they might even be the player types.

It’s important to avoid playing mind games, and avoid the types of people that play mind games as well. This is yet another problem in the dating scene. It’s never a good thing to hurt other people, or to see how much you can get away with when dating someone. You should have pure intentions, and shouldn’t play with people’s minds or feelings in any way.

Remember, if you believe in love, and if you truly hope to find your best possible match, then you shouldn’t waste people’s time. It’s important not to waste other people’s time or your own when it comes to dating. This is why you should ask very important questions early on, and even during the first phone call. This can avoid a lot of the dating problems that happen now in 2017. 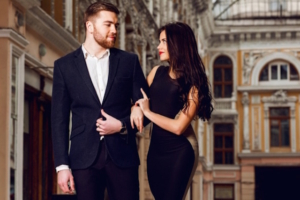 How Much Do Looks Really Matter in a Partner?
Good looks can only get you so far.