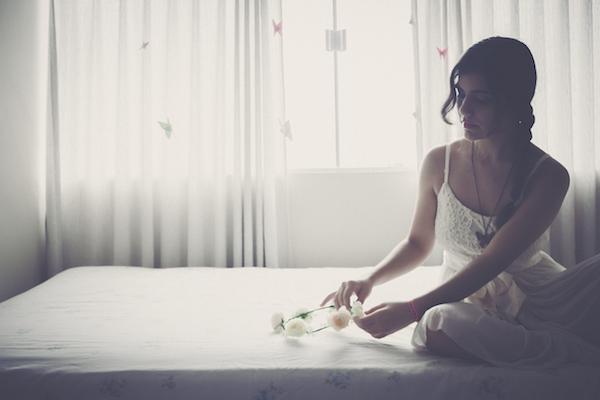 When you start dating someone new and things are going well (at least you think they are), but the other person has doubts, it can be quite uncomfortable. You may be feeling uneasy and unsure how the other person is feeling about you. You may even get that lump in your throat, if you like them enough. Let’s say they’ve been honest and open about their concerns, as far as dating you goes. There’s not much you can do to change another person’s mind, when they have doubts. If someone’s having doubts about you that are legitimate or not, you need to rethink dating this person.

Decide how much time you’re willing to put into dating a person that has these doubts about you. If you have the time to spend towards making any changes that are for the better and could improve your situation together, by all means make the changes. However, if you’re getting older and haven’t the time to spare to date this person for a long period, while they figure out whether they can date you for the long haul (even if you’re willing to make any changes) or not, you might be wasting your time. Figure out a time period that you’re willing to give this situation, if any, and decide to stay or leave. Once you’ve decided and you’re sure about that decision, let the other person know how you’re feeling, and don’t look back.

The worst thing that people can do is string others along, and not be open and honest about how they’re feeling. If you have any doubts about someone that you’re dating, let them know, so that they can make a wise decision for themselves about staying with you. Let’s say that you’ve been dating someone for a while and you’re hesitant to take things to the next level, and be in an exclusive relationship. Perhaps you’re both getting attached to each other and aren’t sure whether you should go forward together or not. How long are you willing to stay in that position for? It’s a very uncomfortable position for both people, when they haven’t made their minds up about being exclusive after a certain time period.

Let’s say you both love each other, you’re starting to get used to each other, but still haven’t made a commitment to each other. When I refer to commitment, I mean dating each other exclusively, or more. You need to set a timetable, where at a certain point, you both make a final decision and stick to it. You can’t stay in limbo for too long or you’ll both have pain and suffer in your personal lives. One of the worst things is to be in limbo. Being in a state of limbo is that in-between place of not knowing where you stand with another person.

When you’re in an unstable situation, where you’re not going forward and you’re staying in the same spot for a long time, it can drive you nuts. When you can’t figure out which path you want to take, you’re being indecisive, and it puts you and your partner in a very uncomfortable place. You can’t go back-and-forth about whether to be with this person or not for too long. You have to make up your mind and stick with your decision. Once you’ve made your decision, be happy about it.

About 7 or 8 years ago, I experienced a situation where I was dating a person that would break up with me on a daily or weekly basis. I was nearly in shock, because I’d never experienced such a thing before. Perhaps, it was because I got married at a very young age. Anyway, I figured that when someone breaks up with you, it’s over, and it’s for good. I didn’t realize that some people break up with you, because they get upset about something. How ridiculous is that! That went on for about three years and four months. There were so many reasons why that situation should’ve ended sooner or better yet, had never started to begin with. I was so naive at the time when I met him and had so much growing up to do. I decided to stay and I didn’t date anyone else throughout every one of those horrible, weekly break ups.

I let someone else put me through such unnecessary pain and discomfort. No one should have to go through that. Don’t get me wrong, I eventually didn’t “make up.” Thank G-d for that! I’ve definitely learned from that situation and I don’t break up and make up anymore, or I should say, I don’t put up with people that are immature and break up after every disagreement. I’m glad that part of my life is over, and I’m able to write about it, and try to help others going through anything similar. That can be a tough battle, and even more so, when you’re going through it alone. Just know that you’re not alone and you don’t have to put up with it. Stop pressing rewind on the tape recorder and let it play. Sometimes we have to learn from our mistakes.

I think it’s important to have a conversation regarding how you handle arguments early on, when going into a new relationship. When you start a new relationship, it’s important to realize that sometimes you’re both going to disagree on things and you won’t see eye to eye on everything. When you don’t see things the same way as your partner, sometimes you argue or fight. There’s nothing wrong with disagreeing and arguing, as long as your temperaments don’t get out of hand. I’ll address temperament and anger, etc. in another article.

Sometimes you have to take a moment to think and recoup before discussing things with your partner when there’s a disagreement. At times, you might even want to take a walk by yourself and think things out, so that you can come back and talk to your partner in a calm, loving manner. You may never see eye to eye on certain subjects with another person. But, there’s nothing wrong with that. What’s most important is knowing that it’s okay to argue and disagree sometimes. If you’re disagreeing on important matters that can make or break having a future together, then you need to reevaluate being in a relationship with the person. Just remember to think first, before breaking up.

Reconciling with someone you’ve spent a long time with can be a very good thing, especially if there are kids involved. There are some cases that when two people have spent a long enough time apart will realize that the person they broke up with, was the person they want to be with. There are situations like that and many others in which everything can work out beautifully. I’m mostly referring to people that break up as a way of dealing with an argument.

I believe we all have that one special soulmate. When we start dating someone new, we’re not sure if they’re “the one” yet. Sometimes, it takes a little time to develop stronger feelings for someone, before you know. People use the word soulmate so casually these days. There’s no way to really tell if you’re in love with your soulmate or if you even married your soulmate. The best way to know if someone is right for you is by getting in touch with your feelings.

See how you feel when you’re with the person. Are you a happier person when you’re around them or do you feel drained and miserable when they’re around? Either way, you have to decide which path you want to take and once you make that decision, you have to stick with it. You shouldn’t go back and forth in whether you want to be with someone. The turbulence and instability can cause a tremendous amount of stress in you and your partner. Having said this, I hope all of those lovers out there and early daters can become more decisive and know when it’s time to make a decision and stick to it.

3 thoughts on “Break up, Make up, and Repeat” 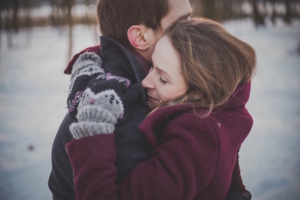