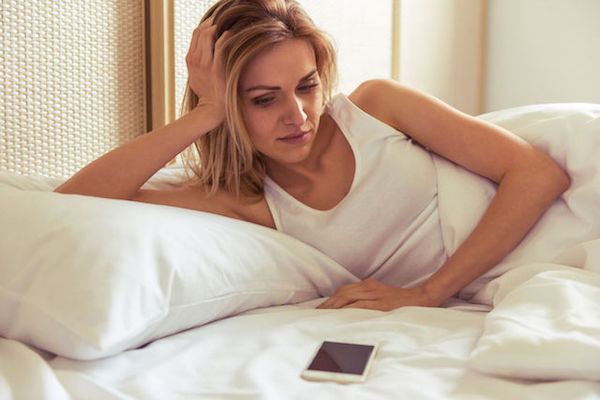 We should always have pure and honest intentions when it comes to dating others. However, as unfortunate as it is, we really can’t control what other people’s intentions are, only our own. Having said that, we can make a choice and love ourselves enough to be smart when dating, and to recognize what other’s intentions are by not only listening to what they say and believing them, but by just seeing how they act, as well as by listening to our gut instincts.

I don’t know about you in particular, but I think that I can speak for most people when I say that most of us have been ghosted at least once in our lifetime. And some of us have even ghosted others. The disappearing act is quite common in the dating scene these days. And even more so, when you’re dealing with people who you’ve met online.

Getting ghosted by others and experiencing the disappearing act isn’t necessarily the worst thing that could happen to you when someone isn’t all that interested. It’s always better to be alone, rather than with the wrong person, and rather than settle for someone that has bad intentions or ulterior motives. No one should settle for being with someone that’s not truly interested or one that has bad motives. And it’s definitely better when someone ghosts you sooner, rather than mess with your mind and emotions by lying and deceiving you.

It’s better to cut your losses short, and have someone leave when they’re not interested, and especially, if they didn’t have pure intentions. I mean think about it, wouldn’t you rather know that someone is true to their word, ultimately wants the same things as you, and is truly interested, instead of just playing with your mind and emotions? That’s what I thought! Who needs that roller coaster! It’s better to have someone leave your life and ghost you, rather than hurt you by playing with your feelings, and especially for an extended period or after using you for their own selfish pleasure.

Be happy when someone ghosts you, because it’s better to lose something before you get attached, and before you develop deeper feelings for them. No one should have the power to control your emotions or hurt you. If someone wants to leave your life, you should let them. Don’t waste your time feeling bad or wondering why someone ghosted you. Just be happy when they ghost you sooner, rather than later.

Someone might’ve even ghosted you because they felt guilty from having impure intentions, and because they knew that they couldn’t provide any sort of happiness or commitment. At times, people might even disappear quickly, because they knew all along that their intentions weren’t good, so if anything, they’re doing you a favour by leaving, and without even saying a word. When someone sees early on that they’re not interested, even if they put on a front or acted completely interested on a date with you, be happy that they left. Don’t wallow in a miserable state wondering what you did wrong, because it might not have you doing anything wrong at all. It might’ve actually been the person liking you enough, that they were drowning in guilt. Well, one can hope anyway.

So feel good the next time that you get ghosted. The right person, your best possible match, and yes, your one true love, he or she will never ghost or disappear. They will see how wonderful you are, and not only stick around, but they’ll be there to love and protect you from losers who might’ve let you down or hurt you from your past. Your match is out there, so if you’ve recently been ghosted, stop wondering why, and just realize that they did you a huge favour by making room in your life for your soulmate. 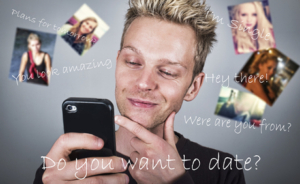 Why You Should Delete the Tinder App, If You’re Hoping to Find True Love
Why Tinder isn't the best choice for finding your soulmate.