Earwax serves a natural purpose in the human body. That is to protect your ear canal from dirt and debris. It also prevents irritation that can be caused by water. That doesn’t mean, however, that it doesn’t need to be periodically cleaned out. If left unattended, wax can impact your ear by creating blockage against your eardrum. This can result in hearing loss, acute pain, and long-term damage. While impacted earwax can often be treated at home, you need to be careful with how you approach it. Here is what you need to know when it comes to safe removal.

How to Identify Impacted Earwax

Since earwax develops slowly over time, the effect it has on your hearing is usually gradual. In fact, you may not even notice loss until it’s already well developed. Yet, if you notice a loss of hearing, a ringing sensation in your ear, or chronic ear pain, you may be suffering from earwax blockage. If that pain becomes severe or is accompanied by a fever, leakage from the ear, or a foul odor, then you may be dealing with an infection. In instances such as these, you should see your family doctor immediately for confirmation of your condition and medical advice.

As long as the volume of earwax isn’t too severe, the issue can often be treated effectively at home. Earwax normally drains out of your ear naturally without you even noticing, but when it starts to accumulate prodigiously it becomes dense and hardens. The simplest way to deal with the problem is to soften this clump of wax through irrigation so that it can drain on its own. Baby oil, mineral oil, and mild acids you can find over the counter can break down the wax at which point it can be flushed with water and a rubber-bulb syringe.

What Not to Do

Keep in mind that your eardrum is incredibly sensitive, and you need to exercise caution when trying to remove wax from around it. Trying to use a swab or Q-tip to extract the wax itself can push the earwax even further against your eardrum and potentially cause permanent damage. A Q-tip may even perforate the eardrum itself. If you don’t see results from trying to soften the wax, you should enlist the services of an ENT to fix the problem.

In more severe cases of impacted earwax, you may need to see a doctor. They employ a number of professional methods that can fix the problem without causing damage. These may include suctioning the earwax from the ear canal or using a scooped tool called a curette to scrape the excess wax free. There are also a number of prescription medicines that can be given to you in severe instances of wax buildup.

If you’re concerned about wax buildup and in-home remedies aren’t doing the job, a hearing specialist can put you on a treatment plan. Regardless of whatever pain you may be feeling, there is a solution. 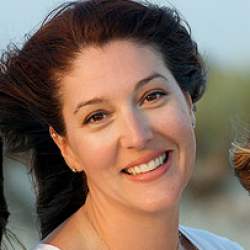 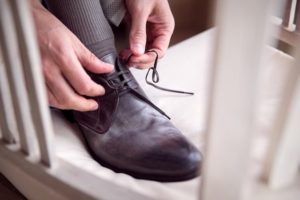