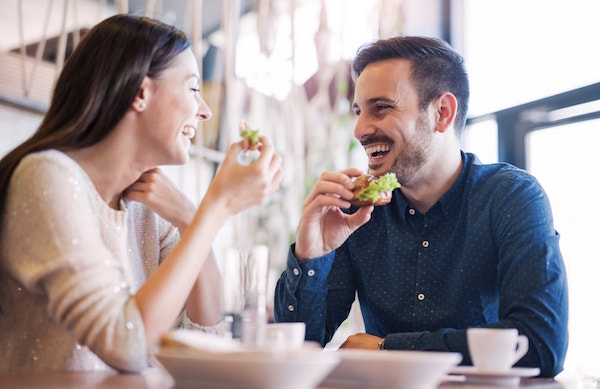 There are many easy tell signs that someone might be dating you with impure intentions. Many people will lie and manipulate you, so it’s important to be present, aware, and to pay attention to whether or not someone is more focused on the wrong or right things during early dating. Many people will date you while having ulterior motives. The following is a list of 19 ways to tell whether someone is really interested or simply has other motives. Proceed with caution when you see some of the following negative things.

1. You can tell by the questions that they ask you. If they’re interested in truly getting to know you, they’ll not only ask questions, but they’ll care about your responses. They’ll listen, and try to remember what you say. You’re not one card in a deck. Not the flavour of the week. And they won’t make you feel as such.

3. If they’re overly concerned with the place that you go on a date, think twice about dating them further. It’s about the person folks, not the place. Nearly anywhere with the right person would be amazing!

4. If they’re asking you for big favours early on. Um, no, just no.

5. If they sound materialistic early on. Bah bye.

6. If they sound superficial in any way, including being overly concerned with name brands, the car you drive, if you have your own home, where you live, and what you do for a living, etc. Next!

7. If they’re too forward, aggressive, finding ways to be close or intimate—before they know anything about you. See ya playa!

9. They order the most expensive thing on the menu, but they have no plans to contribute or pay the bill (and you can tell that they’re doing so in a selfish manner). I can’t tell you how many women have suggested I do this when a man takes me out and honestly, all I can think is, “What’s wrong with you, girl?!!” Selfish AF!

10. They only text and never call on the phone. Emotionally available? Not really interested? Too busy? No thanks.

11. You’ve been dating them for some time, yet there’s no talk of exclusivity, and you haven’t met any of their friends or family.

12. You only go on occasional dates, and rarely hear from them, let alone, on a daily basis. And how was your day?

13. One of the biggest topics of conversation is sex and intimacy. No words.

15. After three dates, they continue to date other people, instead of exploring an exclusive relationship with you.

16. When intimate, they only care about what they want and what feels good to them. Selfish in the bedroom.

17. They never share personal things with you or let you in on an emotional level. They’ll avoid emotional closeness and won’t get too personal. You likely won’t be able to connect in many ways, you’ll feel distant, and possibly, you might even feel uncomfortable at times when it comes to opening up and sharing with them. Their intention is not to get to know you on a deeper level (at least not emotionally or intellectually).

18. They’ll avoid heavy topics, drama, confrontation, or talking about anything too deep. When someone has an emotional wall or barrier up, they’re not looking for anything serious or they’re simply delusional if they think it’s even remotely possible to develop something meaningful.

19. If they pick you up and drop you off, they’ll never walk you to your door, perhaps drop you off while not even parked by the curb, but in the street instead, and never walk you to your door. Did I mention, they’ll leave before you actually get inside of your home. (They’re either rude, selfish, and inconsiderate, or they simply don’t care about you very much and it’s likely that their intentions aren’t pure). Learn to have good manners (click here). 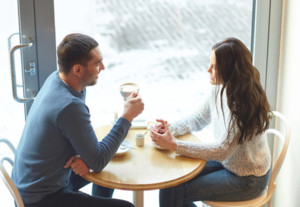 Dating Mr. Know-It-All
Have an open mind and heart towards learning about the…