Relationships are all about give-and-take, compromising, and figuring out whether or not you and your partner are truly compatible.During the early dating period, you should make sure that you are both aligned in your future goals, and what you hope to achieve in life. As well, chemistry is a must, so whether or not someone is attractive in appearance, you must be attracted on some level and feel that there’s chemistry between you.

When couples start out a new relationship, they usually end up getting to know one another on a deeper level. And because of that, they tend to find out how they differ from one another. Those differences usually end up making couples either argue or feel as if perhaps they’re not as compatible as they might’ve thought in the beginning. It’s important to realize that no one is going to be perfect, and that relationships take a certain amount of compromise. You can’t expect to find everything in one person, or to have a person have every quality that you might like. As well, you can expect that you’re both going to like or even feel the very same way about everything. And being that couples have differences, they need to come up with some type of middleground and agreement, so that they can move forward and continue their relationship in a healthy and loving manner.

The problem that many couples have, is that they hope for perfection in a relationship. But like I said, perfection doesn’t exist, so couples need to work out their issues and come to some sort of understanding, so that both of their wants and needs can be met. Relationships can never be one sided, where one person’s wants and needs are met, while the other person never gets what they want.

Couples need to resolve their issues early on, so that they won’t develop into bigger issues later on in life. When couples postpone resolving their issues, sweep things under the rug that bother them, or even avoid their issues altogether, their relationship will eventually fall apart. And you can’t expect for the honeymoon phase to last throughout a lifetime, unless you’re willing to do what it takes to make that happen. Every relationship has a honeymoon phase, but in order to maintain that love and excitement that you feel in a new relationship, you have to be willing to resolve your issues early on, as well as throughout your relationship.

Avoiding problems and concerns will only hurt you in the long run. And if you find certain differences in your partner that you simply can’t cope with, and neither one of you is willing to compromise, then you’re probably in the wrong situation. Having said that, if you both are crazy about each other, madly in love, and you really want your relationship to work, you need to resolve your issues. And it’s always better to resolve issues early on, rather than let them build up into something bigger, or even worse, to find out later on that there’s no resolution. No one likes to be in a relationship where problems get dragged on throughout their relationship, never getting issues resolved, and then end up breaking up after they’re already attached to one another. Remember, the sooner that you address your issues, the sooner that they’ll get resolved, and the sooner you can go back to being madly in love with one another.

One thought on “The Importance of Resolving Issues Early On” 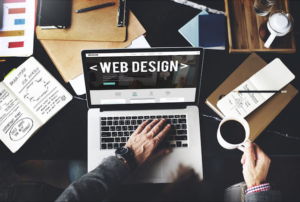 Web Design: Trial and Error
Some basic things to know when learning about web design.