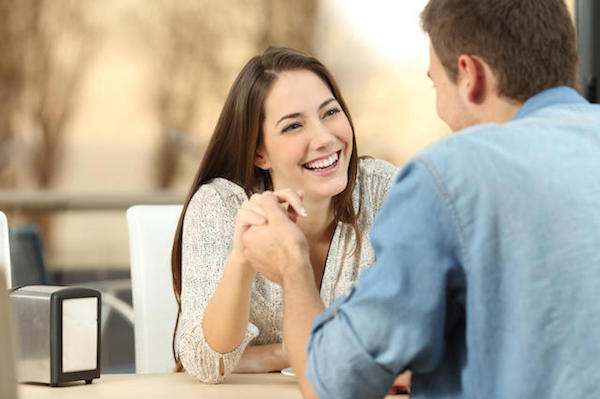 People like what they like, want what they want, and despite any red flags one person might have, another person might have a whole new set of them. Therefore, we all ask certain questions so we can find out if a person has any qualities or things about them that we’d consider red flags. No one wants to mess up those first dating questions, but many times it’s those first dating questions that are the hardest to answer.

When it comes to getting to know someone, many times people ask certain questions early on, and even on a first date at times that many people would find difficult to answer. Sometimes, it’s not even that the questions are so difficult to answer, but more so, the responses that are hard to digest. Judging others is never a good thing, so we all could use a little pep talk once in awhile and some type of reminder why not to talk without thinking, and why not to judge people, even if it’s only in our minds.

Many times, people judge others from their responses in a way that makes people afraid to open up more, or even to open up to anyone in their future. They develop a sense of being on eggshells, feeling as if people won’t accept them, despite how great they are today, and simply because of their past. We shouldn’t judge people for what they share, where they came from, or even horrible experiences that they’ve gone through. A lot of times people actually learn from their past, and that’s what pushes them to be great. As well, many mistakes that people might’ve made from their past, and are willing to share those experiences with someone, have learned from those experiences.

We’ve all had different upbringings, and we’ve all gone through different experiences. Some people have had more of the smooth sailing type of childhood and past, whereas others, not so much. It’s important to understand that all people are different. You’re never going to know what to expect in response to the dating questions that you might ask. You basically have to prepare yourself for any type of response, yet still remaining composed, and nonjudgmental.

Most people judge others based on their responses to the questions that they get asked. Even those that think that they don’t judge others, they’re more than likely judging, but more so, on the inside, and keeping it to themselves. Some past experiences from people and even their upbringings are quite sad and unfortunate.

It’s important to know that when you meet someone new, the questions that you ask shouldn’t be too deep, but more so, they should graze on the subject matters. You should definitely be able to talk about certain issues and things that are important for you to have in a partner. But early on, and even more so on the first date, it’s important to get to know the person, but without digging into their past by wanting heavy details. The past is irrelevant, because it’s dead and gone. As well, you should be more focused on right now, today, and where the person sees themselves in their future.

When you meet someone new, you’ll know right away whether or not you have chemistry and good communication. Things should naturally flow in the early stages of meeting someone new, and even during the first few dates. In all honesty, there should be a sense of flow throughout your relationship, your marriage, and your life with someone when it’s right. But during the early dating period, if you make yourself aware as to whether or not things are flowing, you might just save yourself a lot of time.

Other than chemistry and attraction, and even having the sense of flow to your conversation and to how things play out, you should also ask a lot of questions, as long as they’re not too heavy. When you meet someone new, you need to ask the right types of questions, and not make small talk too much. Otherwise, you’re going to end up having more than a first date with someone that’s not your best match. You might as well ask the right questions on the first phone call, and even more so, on that first date. Save yourself the trouble, the time, and even the money, if that could be an issue.

When it comes to those that ask certain questions that aren’t necessarily heavy, but more so about where a person was from and how they got to where they are, for some people, those are loaded questions, and frankly, they’re just not all that easy to answer. Like I said earlier, some people have more of a turbulent and unfortunate past or upbringing, and it’s going to be harder for some people to answer even the lightest of questions.

Being that some people struggle to answer the light questions from their past or even have intense, sob-stories that they share, many people would define that as a red flag. WRONG! Having a bad past is NOT a red flag. The red flag would be that the person needs to develop a small filter so to speak. Although people need to be open book so that you can truly get to know them on a deeper level, sometimes, the first date is the wrong place to pour it out, and especially with all of those intense details.

If something’s a red flag for you, like hearing about a person’s past, then you’re likely with the wrong person. You need to be able to handle and be more than okay with a person’s past and where they came from, before bringing them into your world. That doesn’t mean that you should pry into someone’s past or even have to dig for that matter. Some people prefer their privacy, and to some extent, they should have it. Like I said, it’s all about getting to know who a person is right now, and if your hopes and dreams are somewhat aligned and compatible.

If someone can’t handle a person’s past, they’re not the right match for them, and they should find someone else that’s not only okay about where they came from, but they’re supportive, understanding, empathetic, and they can see any signs of resilience and struggle that one might’ve gone through, see what a beautiful package they are now, and they might even be proud of the person for being so strong and resilient.

For those that have had heavy pasts, you know who you are now. You can’t expect that all people won’t judge you or view your past as a red flag. Just stay confident, because the right person will appreciate your honesty and open book mentality. As well, they’ll see who you are as they get to know you, and they’ll love you, despite anything you might’ve experienced. Don’t be afraid to open up, despite how some people will react or respond to what you share. Just remember not to say TOO MUCH, too soon. It’s more than okay to give an idea about what you’ve gone through, but to share too much could be unfortunately misinterpreted and I’m sorry to say, but people will judge.

One thought on “Judging Others During the Early Dating Period” 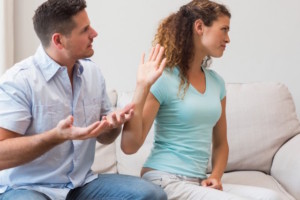 Pretending Everything’s All Right, When It Isn’t
Here's what you should do instead.