When it comes to new situations, dating someone new, or even exploring a new relationship with someone, it’s important to be honest and an open book as much as possible. But being an open book now, today, and after having met someone, isn’t the same as being an open book about your entire past and upbringing. Getting to know someone on a deeper level takes time, and doesn’t have to be forced or something where anyone should have to spill or pour out every little detail about their past.

We all grow as individuals the older that we get, and hopefully we grow towards becoming a better person, a better version of ourselves, and more enlightened in every way. Having said that, not everyone has the best past or has had the best upbringing, and therefore, not everyone wants to talk about it or even think about it during the honeymoon phase of their relationship.

The honeymoon phase is a time where you meet someone and things should be blissful, easy-going, and there should be a sense of flow to a situation. When you’re dating someone new or exploring a new relationship, things should pretty much flow for the most part, and nothing should be too intense. Drama or arguing early on is not a good sign. This is why it’s imperative not to dig into someone’s past or bring up negative emotions or things that could provoke negative emotions early on. There are some people out there who you’ll meet, who couldn’t care less about your past as long as you’re a good person now and today. They’ll view the past as dead and gone, and they’ll feel as if who you are now is what’s most important. And then there are other types of people who will view your past as important to know, and they’ll desire or even worse, dig, pry, and ask endless questions until they know every little detail about it, and then possibly even judge you based on your past, rather than who you are now and today.

When it comes to learning all about another person, it’s important to be kind, to have a good listening ear, and an open mind, as well as an open heart towards finding out all about a person and getting to know them on a deeper level. But if we’re judgmental or dissecting every little detail about someone’s past, they likely won’t desire to open up further, and because of that, we won’t get to know them on a deeper level. They might close up, build an emotional wall, and feel hurt because you were digging and prying, instead of letting things naturally happen. Again, this usually only tends to happen when or if you act judgmental based on what someone shares.

Like I said before, it’s imperative to be an open book and to be able to share with one another so that you can become close and best friends even. But if you’re going to be judging each other based on what you share, one or both of you is bound to close up and stop sharing, and I’m sure that’s the last thing that anyone wants. Be kind and open to learning all about your partner (or partner to be). Have an open heart, and know that just because someone might’ve had a troubled past or upbringing, it doesn’t define who they are now, and doesn’t mean that they should be punished for how they were raised, or for past decisions that they’ve made, or things that have happened to them in their life.

It’s important to remember not to judge others before you actually know them. Give someone the benefit of the doubt unless they have a track record or history of messing up in a big way. We shouldn’t assume the worst, and especially when someone doesn’t have a track record. And never, and I mean never judge someone based on their past, because none of us are perfect people, we’ve all made mistakes, we’ve all had different upbringings, and hopefully and for the most part, we’ve all learned from making mistakes.

Some people were raised in environments that were stable, loving, warm, family oriented, and with good all-around authoritative parenting, filled with unconditional love. But others weren’t raised with that same type of unconditional love, kindness, understanding, stability, and what not. Therefore, many people handle turbulence, instability, hardship, and how they were raised in different ways. Some people handle difficult situations with strength and resilience, learning from the mistakes of others as well as their own, while others don’t handle difficult situations or challenging times in such a positive or enlightened manner. They’ll repeat the same mistakes that they’ve seen or that they’ve done themselves, rather than learning and growing from them.

This is why it’s imperative to judge a person after you truly get to know them, after learning all about them, seeing their depth, and the beauty within their soul. I could say that you should never judge people, but the reality is, we all judge people to some extent whether we’d all like to admit it or not. But what’s important to remember, is not to judge people too early, or by their cover alone. In other words, don’t judge a person by their past, but judge them for who they are today.

Don’t judge a person for how they portray themselves, but instead, judge them after you get to know them on a deeper level, where you see their core values and beliefs, and where you watch their actions and make sure that they’re aligned with their words. Get to know the beauty within a person’s soul, rather than knowing their exterior beauty and how they appear in their presence. In the same manner in which someone can display either a book filled with empty pages or a book filled with words that make absolutely no sense, warmed by the most beautiful and elaborate book cover, we as individuals must work on ourselves, become the best version of who we are in our core, and not merely dress up our exterior, leaving a messy or empty shell inside.

In the same manner in which we look for another person who doesn’t have a lot of baggage or issues from their past, we need to work on ourselves, be a whole person, and be that type of package in which we hope to find. In the same manner that we don’t want to be judged by others in a negative way for our past mistakes or our upbringing, etc., we need to remember not to judge others. You know, as The Good Book says, “Do unto others….” No one has lived a perfect life or hasn’t made any mistakes throughout their journey, and none of us will in our future. There is no perfect soul. However, don’t be so harsh or critical when meeting someone new. Be willing to get to know someone on a deeper level by having an open heart, a kind heart, and have an understanding of the fact that we were all brought up differently, have lived different lives, and have all made mistakes. Sometimes digging up Pandora’s box isn’t the best idea, and especially early on in a situation. Don’t pry into someone’s past or dig up things that you don’t really need to know early on. Let someone open up to you as much as they feel comfortable and at a pace that they’re comfortable with sharing. We should never make others feel uncomfortable to open up or share things from their past, if that’s something that they desire to do. But to dig up someone’s history without getting to know who they are now and today, is not truly giving a situation a genuine chance. It’s imperative to give promising situations a chance, and in order to do so, you need to have an open heart and an open mind.

Many of us have made peace with our past, worked on our issues, and have acknowledged and overcome different mistakes or hardships that we might’ve gone through in our lives. But despite having worked through difficult times, and despite having overcome many of those difficult issues or situations, and regardless of being in a good place in life today, many people simply don’t want to talk about their past, but would much rather talk about who they are now, today, and where they hope to be in their future, as far as goals and future aspirations. At the end of the day, kindness and acceptance is what’s most important when getting to know someone new.

One thought on “Dating: Judging People Too Soon” 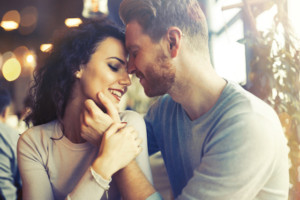