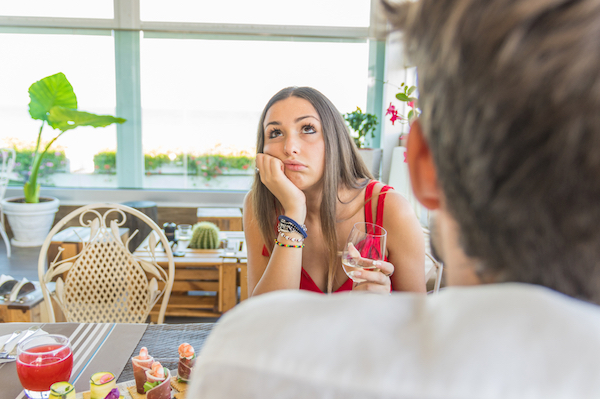 Most people have red flags and know what they don’t like when it comes to someone they date. As well, people usually have an idea of what works for them and what doesn’t, and when it comes to things that they just won’t put up with. Some red flags are unanimous and most people would view them as deal breakers, while some red flags are more personal and they’re simply red flags for some people, while for others, they’re merely preferences. It’s time that we all start seeing the difference between things that we’d like to have from things that we must have in a partner.

Have you ever noticed that when you’re with the right person or someone who you really like, some of the things that you’ve been viewing as red flags don’t seem like such a big deal? For most people, when they’re with a person who they really like, and especially when they really, really like them and see a lot of potential, they let things slide, they tone down their red flags (or don’t even acknowledge them), and they pick and choose their battles a bit more. Now having said that, it’s important to remember, that despite how much we might like someone, we need to recognize the difference between what would be a unanimous and genuine red flag and what are simply our preferences.

Picking and choosing your battles is essential for any healthy relationship, and yes, even when it comes to dating. But we also need to pick and choose what we consider deal breakers. There’s a difference between being picky and knowing what you want, from being too picky. You shouldn’t make little things such a big deal, or create drama, when it’s simply unnecessary. There’s a big difference between sweeping things under the rug, avoiding confrontation or drama, from letting things slide when they’re really that big of a deal. Everything can’t be a big deal, and you can’t have everything that you want all of the time. We need to be aware that there’s no perfect person or perfect situation, and it’s never about winning or losing, or at least it shouldn’t be.

The truth of the matter is, we all have different preferences and things that we don’t like and that annoy us. But there’s no such thing as perfection and we need to remember that. You can’t find every single thing that you want in one person, despite how hard you try to find it. As well, you should never try to change a person when you see that they’re almost perfect for you, but if they’d just change one or two things, you’d be a better match. You should never try to change someone into being your best possible match. We need to learn how to compromise and accept people for who they are, instead of trying to change them. With anyone that you date, you need to accept the good with the bad, and not even view the bad as being so bad—especially when the bad things that you’re viewing are merely your preferences, rather than serious issues or what one would consider a genuine red flag.

We should all be careful that we don’t sabotage promising situations, simply because we’re looking for perfection. Unfortunately, many people do this because they’re looking for that perfect person and situation. Again, I can’t stress this enough—you have to accept the good and the bad in every situation and you can’t expect perfection. This is one big reason why many people stay single and have become so picky in the dating scene. Everyone seems to feel as if they’re settling because they can’t find someone who’s perfect and lacks flaws. Wake up singles! Perfection doesn’t exist, we all have flaws, and you shouldn’t change people into being your best possible match. We’re all imperfect, and although many of us might strive for perfection, it’s something that we’ll never achieve.

When we’re with someone who we really like, we tend to let things go, let things slide, and not make them such a big deal, because we actually like the person and want things to work out. We need to give the same type of respect and chance to any promising situation when we’re dating someone new. And instead of viewing things as a red flag or a deal breaker, we need to realize that they’re simply just preferences. It’s important to get to know the person who you’re dating on a deeper level, and to see that when you weigh out the good and the bad, the things that you view as good overpower the bad.

Every promising situation deserves a genuine chance by not only having a clean slate and by not bringing in any unresolved issues from your past, but also by not nitpicking, over-analyzing, and dissecting every little thing that you might not like. Remember, if you’re truly tired of being single and you want to find your best possible match, don’t be mean or overly critical. And don’t treat people as if they have to live up to some higher level of unattainable perfection that meets your insanely high standards. It’s imperative to have reasonable expectations and to give promising situations a chance by being optimistic, and by accepting some of the things that you might not like, especially, when you see so much in someone that you do like or love. 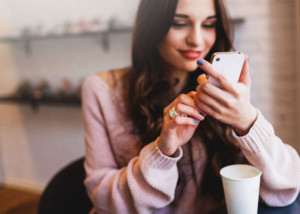 Stop Texting With People – When You’re Not Interested
Stop wasting your time!