You’ve been scrolling through all of those dating profiles for years, or at least it feels like years. You’ve gone on so many first dates that you wish you hadn’t gone on. You’ve kissed a handful of frogs, then flew away faster than a fly. The dating scene has been a major disaster for you. But wait, there’s finally hope, because you’ve made it past the three date mark with someone that you met online, and you really like them. You like this person so much, and you can’t wait until the fourth date! You took my advice and followed the “three date rule” and are now ready to be exclusive.

If you’re the guy, this is when you ask the girl to be your girlfriend and date each other exclusively. Is three dates too early to be exclusive? Um no, it’s not. When your intentions are pure, you want the same things ultimately, and you’ve gone about the first three dates in the way that I’ve mentioned in my previous article about the “three date rule,” you should be more than ready to be exclusive, or at least to turn off your dating sites. In this article, I’m going to go over when the appropriate time is to turn off your dating site profiles.

So now that we’ve established that you met someone and want to date them exclusively, there’s a process that only takes a couple of minutes, but it’s absolutely necessary. The process is having the conversation where the guy asks the girl to be his girlfriend and date each other exclusively. That conversation needs to be a very clear and direct conversation, which I’d definitely recommend having in person. Once you have that conversation or before the conversation, it’s mandatory and essential that you turn off your dating site profiles.

For those people who don’t know how to turn off their dating site profiles or haven’t done it before, it’s quite simple. Every dating site has a different method for deactivating a profile, but it’s pretty universal, and I’m sure that you can easily figure it out. It takes little to no effort and you can always ask your future partner for assistance. Just in case it’s a concern to you: You can reactivate your dating site profile at any time, if by some chance your new relationship doesn’t work out as planned. It takes merely a second. You’re not deleting your profile after three dates. You’re merely deactivating and hiding them. Some people find many excuses why they want to keep their profiles up, but it’s a no-no in my book. Actually, I believe that’s a universal no-no.

By deactivating and hiding your profiles, it makes it so that you can give your relationship a real chance, without any distractions from new possible love interests, whether you’ve already been in contact with them or not. When you’re in an exclusive relationship you shouldn’t be communicating with people of the opposite sex, unless it’s friendly and your intentions are pure. There’s no need to keep in contact with people that you’ve dated, were considering dating, or people that are desiring to date you.

2 thoughts on “Online Dating: When Is It Appropriate to Deactivate Profiles?” 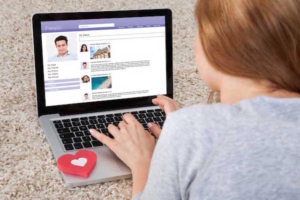 10 Things NOT to Write on a Dating Site
Some great tips for writing online dating profiles.