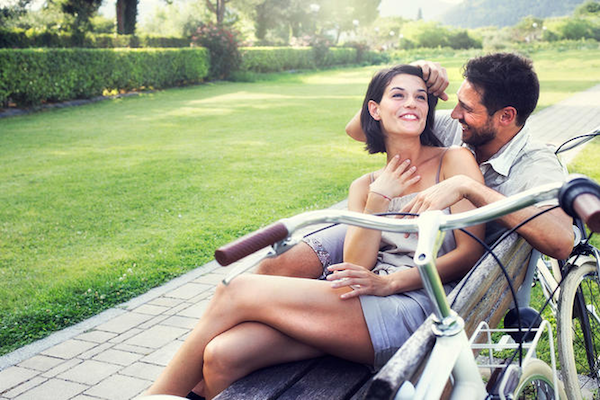 There are so many reasons why some couples work out and some don’t. It takes effort, love, and hard work to make any relationship work and last. However, there are a few things that can prevent people from breaking up. But even more so, from even exploring a relationship altogether when you might not be the right match in the first place. Think about it, you can’t and shouldn’t give every situation a chance just because of a little attraction or chemistry. You have to use your heart but also your logic when you consider exploring an exclusive relationship. A little dating time is definitely a good idea for starters, and it really doesn’t take all that many dates to figure out if you should pursue a situation. At least not when you follow the three date rule. Having said that, in this article, I wanted to talk about three things that are essential when considering becoming exclusive with someone, and why maybe you should think twice before doing so.

I could list so many things that you should know before deciding to be exclusive with someone. But in this article I’m only listing three of them, especially being that I’ve covered most of the others in different articles on ACW. The three things are compatibility, long-term goals including having the same timeframe, as well as using your logic and not just your heart. I always talk about how important it is to have pure intentions, to know what you want, and to be a whole person and ready to date. But what I haven’t elaborated on are these things because, for one, I figured people logically knew that when they see things aren’t aligned and they’re incompatible, they end things, and hopefully sooner, rather than later. However, I’ve seen things a bit differently happening in today’s world, and honestly, I’m hoping that this article will shed a bit of light and wisdom on why these three things are so important to know before becoming exclusive.

1. Make sure that you’re compatible.

As well, when you see that you don’t vibe nicely together and you’re bickering early on, and clearly incompatible, don’t invest in the situation. Don’t put your thoughts, effort, or heart into something you know ultimately won’t work out. Especially, when you see that without a doubt everything feels like a struggle, you don’t see eye to eye, and you don’t get along. You can’t force things to work when they don’t. A healthy relationship that’s right for you should make you both feel happy and at ease for the most part. Sharing your life and having a new partner and best friend can and should be a beautiful thing when it’s right. And there should definitely be a honeymoon type of feeling early on, or that’s a pretty clear sign not to pursue. But also, relationships should flow and things should feel natural, not as if you’re pulling teeth in order to be compatible and get along, or as if it’s a big challenge to even make plans and get together. You simply need to follow your instincts to some extent and use your logic, not your heart when it comes to seeing things for how they are.

2. You need to have a similar timeframe for what you want.

You have to realize that when you want different things than someone in the long run, there’s no sense in exploring a relationship. Therefore, you have to ask each other early on during those first few dates what they’re looking for but also where they hope to be in life down the line, what they want out of life, what their goals are and what not. Make sure that you’re both aligned as far as future desires and goals. You have to be on the same page and want things around the same timeframe.

3. Use your logic, not just your heart.

The truth is, you don’t really know someone until you’ve spent a lot of time with them, communicated with them regularly, and have seen them at their worst. You have to know how someone handles confrontation, see if they’ll be supportive during hard times and work through issues, and see if your chemistry and attraction grows, rather than diminishes from loss of interest in a person. However, you can’t expect to know someone on a deeper level or know any of these things as well as many other essential important factors until you’ve exclusive. Having said that, you can prevent exploring a situation that will likely be doomed to fail if you don’t open your minds up a bit and use your logic. You have to be open to seeing things for how they actually are, rather than how you’d like them to be. 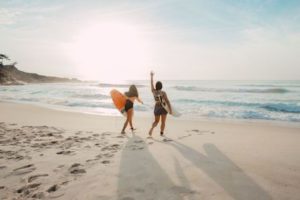