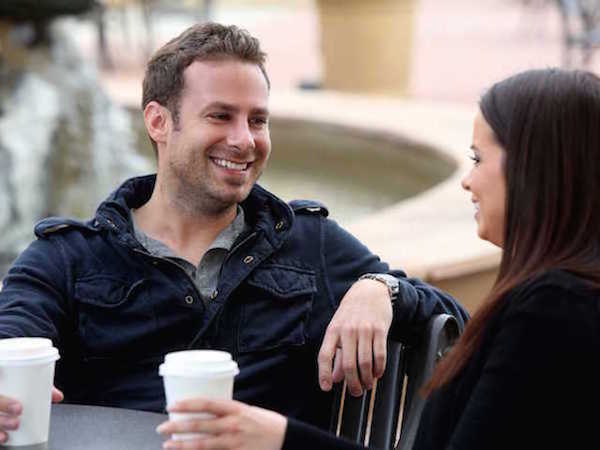 Many times when people go on first dates, they act as if they’re truly enjoying the other person’s company, and that they really like them. They feel that the other person is asking them a lot of questions, and there seems to be a healthy balance between talking, listening, and sharing. When you go on first dates, you’re supposed to ask the right kinds of questions in order to get to know the other person. By asking the right questions, you should be able to see if you have any common interests, ultimately want the same things in the future, and whether or not you’ll be the best possible match. People usually get a good sense while on a first date as to whether or not they’d like to see a person again.

If people have good and pure intentions, then they shouldn’t be using the date as a tool for a free meal, or simply just to be out and about, and enjoying life. When people do such a thing, they’re taking advantage of the other person, and blatantly using them for their own selfish benefit. But, when it comes to how people act on first dates, it’s important to be genuine, and be the real you, as opposed to some version of you that you’d like be perceived as.

If you don’t act as your true self, there’s no way of knowing if someone will be with you because of how you acted, or if they actually like you for you. People should never put on an act or try to impress the other person so much, and to the point where they go overboard. I definitely feel that less is more during early dating. As far as where you go, how you dress, and how much effort you put into a first date, you should always try to make a good first impression. Having said that, part of making a good first impression is being yourself.

During early dating, I believe that a man should take the lead. But down the line, I feel that there should be a healthy balance between couples, where both people are equally giving to one another, and where they both put in an adequate amount of love, time, and effort into making things work.

So let’s say that you’ve both had a great time, a fabulous date, with lots of laughs, and great conversation. You both agree that you’d like to see each other once again. Let’s assume that you’d even closed the date off with a sweet good night kiss. Even if there wasn’t a good night kiss, let’s assume that you both had an amazing time together, and agreed to see each other once again. But what happens when you don’t hear from the guy? After all, he acted as if he had such an amazing time with you, and he even told you that he’d love nothing more than to take you out again. However, after you said goodnight, and even after he possibly texted you that very evening, you never heard from him again.

Should you call or text him?

Should you remind him that you exist or that you’re waiting?

The answer to the question is no, no, and no. I’ve written before about the power of being whole, having a great self-esteem, and loving yourself fully and completely. I’ve mentioned previously that you need to love yourself, before you’re even capable of loving another person. If you love yourself enough, then you must comprehend what I’m about to tell you. There will always be excuses and reasons that people will have (or give you) as to why they never contacted you. There will always be reasons why they didn’t want to see you again, even when they say that they did during a first date. The truth is, who cares! Maybe they didn’t like the kiss. Maybe they didn’t like the fact that there wasn’t a kiss. So what! Do you really need to know why? No! Frankly, why stress yourself about it. When in reality, it won’t change anything.

The fact of the matter is, when someone wants to be with someone else, they won’t risk losing them, let alone avoid them or ignore them. When someone truly wants to be around another person or date them again, they’ll make it happen, and they won’t let an opportunity as such pass them by. If someone values you as a person, wants your company, and would like nothing more than to see you again, they won’t play games, and they’ll go after you as soon as possible.

One of the best ways to tell that someone is interested in you after a first date is how promptly they try to pin you down for a second date. If someone doesn’t try to make a second date with you while on a first date, or if they don’t at least try to set up a second date somewhat soon after a first date, they’re either not that serious, emotionally unavailable, commitment phobic, playing the field, or they might simply not be all that interested in you. Think about it. Do you really want to be with someone that really wasn’t all that into you on your first date? Hmmm. No, right? Exactly.

Despite what someone might’ve said on a first date to you or how interested they might’ve seemed, if you don’t hear from them, they’re not interested. You don’t need to pursue someone, for them to pursue you. Like I said, men should take the lead during early dating, and he doesn’t need any help from the woman to remind him that she exists. You should never have to remind someone that you’re alive. If someone isn’t interested in you or isn’t giving you the type of attention that you want and desire, then it’s best that you move on, and find someone else that will.

You should never have to beg for someone’s love or time. If someone is interested in you, despite how busy they are, they’ll make the time, because they’ll value you as not only important, but as a priority. This especially goes for when someone is in a healthy place mentally, emotionally, and when they have their priorities straight. When someone has a truly balanced life, they know and realize that having a love life is part of having true balance. Especially, when they value relationships, marriage, and possibly even having children as something of importance.

If you’re wondering why you haven’t heard from someone after a first date, you can put those thoughts to rest, and realize that they weren’t the right person for you. Love yourself enough to view not hearing from someone after a first date as a blessing. The right person won’t hesitate to contact you when they’re interested. As well, the right person will recognize something so valuable as you, and try to attain your love, get off of the playing field (if they’re on one), and pursue you without hesitance, excuses, or limitations.

When it comes to dating, and finding that one special person to share our lives with, we should all do our part as far as being genuine, acting as ourselves, and keeping things real. Putting on a show or acting fake in any way won’t get you far if that’s your routine, and it definitely won’t be appealing to your date. A successful first date will be more than words and a good time for one date, but it will lead to the actual second date. Anyone can say that they’re interested or that they’d love to see you again, because they’re just words. But, if we all do our part, then we shouldn’t mislead other people by saying that we’d love to see them again, when that’s truly not the case.

Be genuine, and keep it real when it comes to not getting someone’s hopes up. If you’re not interested in someone, there’s a delicate and kind way of acting on a first date. There’s no need to burn a bridge with anyone in life, unless they’re toxic and negative people. In other words, it’s better to say goodnight and thank them for the date and their time, as opposed to misleading them when you’re not interested, by falsely telling them that you’d love to see them again. Either way, be strong, and love yourself enough to understand that not hearing from someone after a first date (despite whether or not they said that you would), is not the end of the world. When you meet someone, and the energy and feelings are mutual, and everything flows in a healthy manner, you’ll hear from the person, and you’ll get that second date. 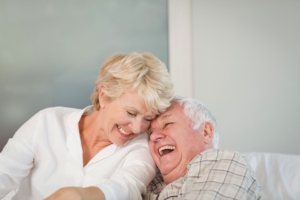