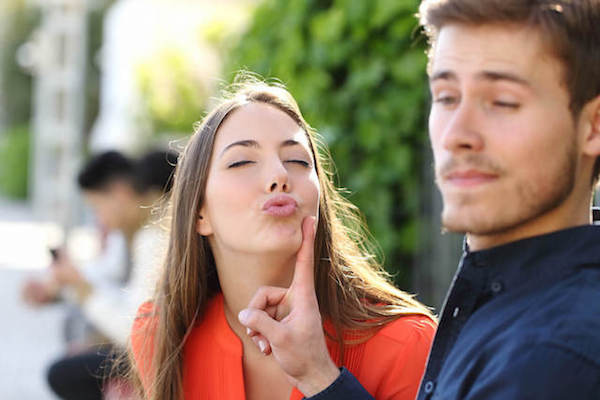 Sometimes it’s hard to keep a guy interested. Some of us may wonder why I would even say such a thing, because they might think that when someone is the right match for you, and when they’re really into you, they simply won’t lose interest, and they definitely won’t feel smothered by you spending a lot of time with them. But the reality is, that even your best possible match might lose interest when they feel smothered or if they feel that you have no life outside of your relationship. It’s one thing when a woman makes a man a priority, but it’s another thing when she loses herself in her relationship and has no sense of independence.

Many times, women become clingy, less independent, and entirely consumed with their man, to the point where they lose sense of who they are. And to top that off, many women forget to maintain balance in their lives, and they focus all of their attention on their man and on their relationship. Many people might consider that type of woman to be one that is putting effort, and love into her relationship, and treating her man as a priority. And sure, that’s a wonderful thing, but the problem is, that when a woman gets so tangled up and consumed with her man, as well as in her relationship, she ends up clinging onto him so tightly, that he might not only get smothered, but he may also become bored with her and lose interest.

I don’t believe that a woman should play mind games with her man, or that she should have do anything in order to keep a man’s interest. However, being independent and maintaining balance in her life, simply isn’t the same thing as playing games. You see, when a woman is being independent and doing her own thing once in awhile, she’s doing something that will benefit her relationship. Having a certain amount of independence is very healthy in a relationship, and it’s definitely not the same thing as playing mind games or having any type of ulterior motive of making him want her more. Having said that, it doesn’t hurt to be independent to a certain extent, because a man will naturally yearn, desire, and crave his woman more while they’re apart. A little bit of distance truly does provoke longing.

If anything, women should do their own thing once in awhile, because it will give them many interesting things to talk about, as well as things that they’ll be able to share with their man when they see him again. I’m sure he’ll miss you while you’re away and vice versa, and what better thing to bring to the table than some new interesting topics and conversations from experiences that you’ve had while you were apart. And this rule even applies to married couples, because they shouldn’t need to do every little thing together with their partners in order to feel satisfied. Once in awhile, we should all be independent, and do things on our own. Besides, that’s one of the best ways to keep things spicy and interesting when you’re in a long term commitment.

Folks, this isn’t game playing! The honest to goodness reality is simply that when a woman is busier and less available or not constantly at a man’s beck and call, he tends to desire her more. Many people might think that this is playing games, but like I said before, the reality is that it’s not. Healthy relationships where couples are entirely consumed with one another can be great, as long as they keep a sense of independence in their lives when they’re apart. You can be totally crazy in love and obsessed with your partner, and you can be entirely devoted as well, but when you start getting so consumed to the point where you don’t enjoy your life without your partner right there by your side, you simply end up clinging on a little bit too tight.

Holding onto something too tightly is never a good thing. People usually hold on too tight, when they fear losing what they have, when they fear being alone, or when they lose part of themselves by embracing their partner and their partner’s life to an extreme extent. There should be a healthy balance between how much time you spend with your partner while in a relationship, and how much time you spend striving towards your goals, having friends of your own, spending time with family, and even embracing a little alone time once in awhile.

And if you’re the type who prefers to spend most of your time with your partner, as long as you’re both O.K. with that, there’s nothing wrong with it. Just don’t get so overly consumed with one another, to the point where one of you ends up feeling smothered, or annoyed, because at some point, it might get on one of your nerves. And the one who ends up feeling annoyed or agitated by being overly smothered, might end up leaving their partner feeling as if they’re losing interest, when in fact, you might just need a little breathing room.

Last but not least, if you’re a smart woman, remember not to lose yourself in your relationship, and to keep your independence. According to many men, one of the most attractive and appealing qualities in a woman, is her inner strength, so remember not to lose who you are at your core by being too giving or by making your partner too much of a priority. Everything is better in moderation, and just because you make someone a priority in your life, doesn’t mean that you should forget about your other priorities. No man wants a clingy woman or to feel smothered by anyone, even when that man is crazy about you. 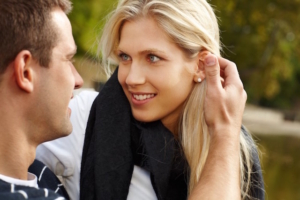 What It Takes to Handle Being with a Strong Woman
Not every man is up for the challenge.