There’s nothing worse than people that take advantage of others. Whether it’s in work, business, dating, relationships, or hooking up. People can be cruel and put themselves over others, no matter what pain or heartache it could cause to the other person. It’s unfortunate that people get “played” in business and relationships, etc. But the fact of the matter is, it’s something that happens. What does it mean to get played?

Getting played means getting taken advantage of. It means getting what you want from another person, for your own selfish benefit. It means a person is willing to go to great lengths to get what they want, despite who it hurts along the way or what consequences could arise. Nothing is worse than a player. A player is manipulative, calculating, and selfish. Try not to fall for a player’s game. Even better, try not to fall in love with one. The emotional wounds you could get from a player could be intense and truly painful. Remember, don’t be afraid of getting hurt while dating, but go in cautiously. If you want to be in a relationship, but a person is direct and tells you that they don’t want a relationship with you, but they want to hook up (be intimate) with you, you need to leave and not see them again. You clearly want two different things. This person will never change their mind about what they want with you. If anything, they may try to take advantage of you, if not now, then later. If you’re not okay with just hooking up, there’s no point in seeing this person again. This is merely one random example. You have to remember to be strong and know your self worth.

Sometimes, it’s hard to know if there’s a chance that someone will change their mind in that type of situation, and possibly grow feelings for you, and want a relationship later. For example, if the person changes their mind a lot and is very wishy-washy, you’ll never know what to expect. You may stick around, hoping that they’ll change their mind about “just hooking up,” and they’ll want more. You may be wasting your time and energy on this person. A person is capable of “playing” someone for years, and then leaving abruptly, with no remorse for using you. Like I said before, the best thing to do is be on the same page, be very direct, and be honest with each other about your intentions. People who are wishy-washy with their emotions have a lot of work to do on themselves. When someone acts wishy-washy and indecisive about their feelings for you or what they want with you, they shouldn’t be dating you or anyone. You definitely shouldn’t be dating them! You should know your self-worth and not put up with someone who will be unpredictable with their feelings towards you, and whether they want you or not.

This person is clearly playing with you, your emotions, and it’s probably taking a toll on the both of you. Either they’re very immature and don’t realize the damage that they’re causing or they know better, and simply don’t care. It could be either reason. That kind of behavior is very toxic and can be truly draining on the soul. Buyers beware, don’t fall for the wishy-washy man/woman. Have a direct conversation early on while dating, to make sure you’re both on the same page and want to same things ultimately.

Within moments of meeting a person, you can usually tell if they see you in their life for the long-term. People can tell if they see you as marriage material early on, whether you’re a guy or a girl. If a person sees you as just a possible, new hook up, then that’s all you’re going to be, if you let it. You should know what you want in another person and what you’re willing to put up with or not. Be strong, know your self worth, and don’t put up with fools that try to break you on your path to finding your true love. Don’t fall for any lines or things people will tell you, because they will tell you what they think you want to hear, and say and do anything in order to achieve their goal. Playing with and hurting other people will never do someone justice in the long run. It’s always nice to have a good friend, family member, or someone you trust, that can be there for you and have your back, during those times when someone tries to take advantage of you. It can be truly devastating on the person that gets taken advantage of, when they handle the aftereffects all on their own. Sometimes, friends or someone that you trust can be that strength, when they suspect you’re getting taken advantage of. Hopefully, a friend or someone can be there for guidance, when they see the red flags, if you happen to miss them, and before it’s too late.

There are many ways that people can take advantage of you. This is why it’s so important to be clear with your intentions when you meet someone new. As far as dating, make sure you both have the same intentions with each other and make sure you’re both aware of them. If not, one of you is bound to get hurt. It’s incredibly unfair to the other person, when one of you doesn’t know the other person’s intentions and they turn out to be different than yours. It’s even worse, when someone lies about their intentions and manipulates you in order to get what they want.

I hope that one day, all of the playing and hurting others will come to a stop. But, that might just be wishful thinking. Be kind to others. You never know who the person is that you’re about to hurt. The consequences of hurting people physically, emotionally, or psychologically, can be devastating to you or someone that you care for. I hope you and your loved ones never have to go through a situation where you get played by someone in business, love, dating, or relationships. G-d Bless you all. I hope you all enjoy the rest of your weekend.

One thought on “Falling for the Player” 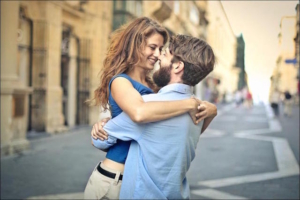 True Agape Love
What real love is all about.