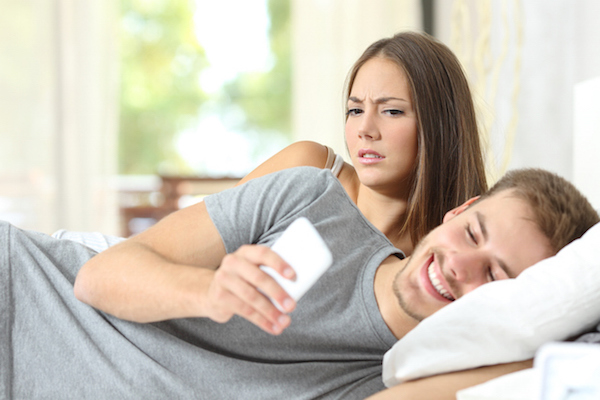 I can’t speak for everyone, but I can tell that most people want to find love. You know, that one special person who they will call a lover, a best friend, and a partner. However, sometimes it can be hard to tell if someone is viewing you as a love interest or a hook up. Many people are merely out for themselves and for their selfish desire to be with someone for the conquest of building their trust, simply to leave them right afterwards. Many people will lie, manipulate, and play mind games. They will even go to the lowest of levels by making you believe that their intentions are pure. It’s important to be very weary of these types of players, users, and well, how do I put this nicely—losers.

1. He hides his phone. He not only hides it but he’s glued to it, and he might even be the type to take it with him to the bathroom.

2. He makes promises, but never keeps them.

3. He says he loves you, but never does anything to back it up. This one is tricky, because he may or may not even say “I love you.” But if he does, make sure that his actions are aligned with his words.

4. He never makes time for you, unless he wants something.

5. He doesn’t introduce you to friends.

6. He doesn’t introduce you to family.

7. There’s no sign of you being an item on social media. He might be hiding you, so be cautious. However, if this is your only red flag, and nothing else on this list is an issue, you might be in the clear.

8. He doesn’t make you a priority. He treats you like you’re an option.

9. He doesn’t like labels or any type of relationship status.

10. He avoids being in pictures together or at least gets uncomfortable with it.

11. He only calls or texts you at late hours of the night. He clearly doesn’t respect you. Usually those calls will be after 10pm. If it’s even later, and he’s calling for the first time ofthe day, watch out ladies, you have a player on your hands!

12. He only wants to see you late at night, usually with hopes of intimacy.

13. He refuses to turn off his dating sites after a few dates, and especially when he claims that you have good potential and a special connection with one another.

14. Intimately, he comes on very strong and early on. You might even feel pressured by his forward and fast paced approach. Don’t fall for his dreamy eyes—He bites! As well, if he sees that you’re too hard to get or not moving fast enough for him on an intimate level, he might even ghost you altogether. He won’t want to waste his time. You know, being that some girls give themselves away so freely.

15. If he’s older and still hasn’t had any long term committed relationships.

16. He calls you his “wife” early on. He wants to build your trust, but watch out ladies, because once he gets you to trust him, he might quickly take advantage of your trust, and it all goes downhill from there!

17. He calls you “babe” and other nicknames way too early on. What’s wrong, he can’t remember your name? Next!

18. He’s always one foot out the door (wishy-washy galore). He can’t commit. Well, at least his intention is not to, and definitely not with you if he’s avoiding exclusivity, or any talk of the future.

19. He rarely ever calls. It’s almost as if you have a texting relationship.

20. He doesn’t put effort in anything that he does for you. That is, if he doesn’t anything at all. Not dates, not gifts, not picking you up, not anything! What’s easiest and most convenient is what to expect when dating a player.

21. He acts distant or completely disappears around the holidays and special occasions. Don’t expect romantic gestures, Birthday gifts, cards, poems, flowers, or even that you will be spending time together during special occasions when he isn’t serious about you.

22. Your gut instinct tells you that he’s a player. Sometimes, well, most of the time, and without being too pessimistic, you should listen to them.

23. He will always makes excuses for why he’s not doing what he should. Especially, when her expectations are normal or low.

24. He doesn’t invest in you at all financially. We all work hard for our money. But when a man is really into a woman, he will court her, do sweet gestures, and do many things to make her feel special. Even when a man has a lower budget, he will put in the effort and invest in her to some degree.

25. He tells lies, hides things, and keeps you in the dark. He’ll only share things that will either build your trust, or give you “the sense” that he’s being open.

26. He never waits for you to be safely inside your home after dropping you off. He will simply drive off.

27. He avoids talking about anything related to commitment or the future. And he definitely won’t include you in the latter.

28. If you’re already intimate, sleep overs may or may not happen, but a man’s desire or effort towards giving a woman warmth and closeness afterwards will speak loud and clear as to his intentions. When there’s NO cuddling whatsoever, beware! He’s not only a player and in it for his own selfish needs for instant gratification, but he’s also not “the one.” It’s not love ladies, it’s lust!

29. He won’t make or accept phone calls in front of you.

30. He will make plans with you that are only convenient to him. 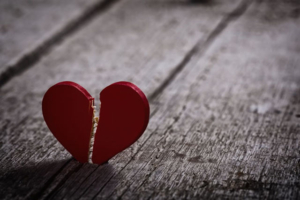 When a Man’s Word Means Nothing
Respect yourself enough to walk away.