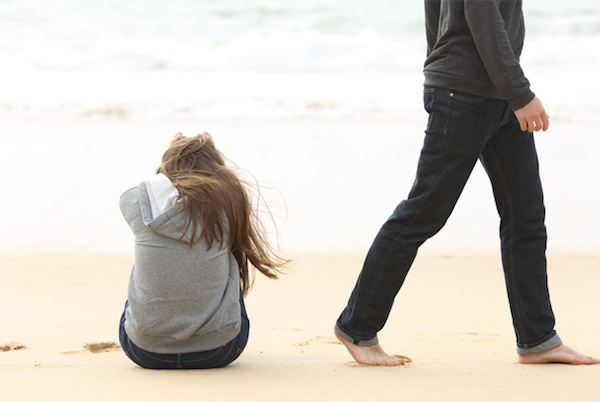 When someone has the fear of commitment, relationships, marriage, or getting emotionally close, they’re considered to be commitment-phobic. People who are commitment-phobic are so to different extents. Many times, people who are afraid of commitment will still be able to enjoy and experience a committed relationship. But, it will usually be difficult, if not impossible to turn that relationship into anything that will last. Even more so, it tends to be nearly impossible for someone who’s afraid of commitment to get engaged or married. I decided to write a list of some of the things that are telling signs for commitment-phobes. Keep in mind that not every person who has commitment phobia will do all of the following. But many times, they’ll do some of them, if not all of them.

Commitment Issues? Here Are 13 Tell Signs About People Who Have Commitment Phobia.

Emotionally unavailable people don’t want to have to answer to anyone. They avoid communicating when there are feelings involved. If something seems like too much drama or too intense, they’ll peace out of the situation, or at least until they feel that the intensity or drama has subsided to some extent. They disappear when they sense drama.

2. They Usually Only Make Last-Minute Plans.

An emotionally unavailable person doesn’t commit to plans in advance. But more so, they usually accept plans that are last-minute. They can’t commit to any plans that are made in advance for the same reason that they have a hard time committing to anything for the long term. They also tend to cancel at the last minute if they have any fears. Sometimes those fears are related to things being too real, too intense, too emotional, too much drama, or even if they suspect any feelings of commitment that could be attached to a person or situation.

3. They Won’t Settle, but They Also Won’t Commit.

They tend to be perfectionists to an extreme extent. As far as relationships, they want things to be the way they want them, and they usually won’t be open to compromise. They might say that they won’t settle for just anyone. But truth be told, they’re looking for someone that’s perfect to the “t.” They’re afraid of commitment, so they won’t be in an exclusive relationship. At least not for very long.

People that are commitment-phobic usually tend to avoid romantic relationships altogether out of fear. Their fears vary in many ways. Some of their fears are from the unknown, or from making mistakes and regretting things later. But ultimately, their fear is of commitment. Whenever they do explore relationships, they usually tend to be the ones to break up. Although, they might possibly make up again over time. However, the saga will continue, and they’ll keep making up and breaking up.

They might go to bed at night wanting to be in a relationship with someone and wake up the next morning feeling that they’ve made a mistake. They tend to flake, cancel, and not commit to plans that are too far in advance like I said previously. But also, the plans that they do accept, they tend to cancel, and many times, even at the last minute. They go back-and-forth when it comes to making decisions, and definitely when it comes to things like being in a relationship or out of one. They’re wishy-washy, which basically means that they can’t make up their minds. One day they’re in, and the next day they’re out. Many times, their in and out pattern repeats.

6. They’ll Keep You at a Distance.

They won’t bring you in close. They don’t involve you with their family, friends, or include you when they’re invited to different events or functions. They feel that there’s a sense of commitment attached to bringing someone with them or including them to important events. They might even avoid talking about their family, let alone including you or inviting you to meet them.

They avoid talking about marriage. They avoid the conversation of marriage, engagements, and weddings to the extent where they might not even bring up other special moments when they get invited. If you have children from a previous situation, they likely try to keep themselves distant from them to a certain extent. They’re the ones with children from a previous situation, then they’ll tend to avoid introducing you or bringing you in too close.

Emotionally unavailable people will make excuses not to do certain things. Many times, their excuses will be completely ludicrous – to the point where they themselves will even realize that they make no sense.

It’s true what they say, tears and laughter come from the same place. Someone who’s commitment-phobic truly struggles from within. They might realize that they’re causing discomfort, pain, and turbulence to your relationship, but they don’t know how to change how they feel, and what they fear. They might laugh at odd moments, whether you’re in tears, complaining, or even if you’re trying to communicate your feelings to them.

People with commitment phobia tend to avoid feelings, emotions, and anything that could cause them possible discomfort or pain. They don’t communicate their feelings freely and openly. But they also won’t be down to hear someone else’s feelings. They might even view others as being too emotional, crazy, or too dramatic, when a person is simply expressing themselves and how they feel. This even goes for when someone is expressing themselves in a calm, loving, peaceful, and poised manner. They simply can’t handle connecting to their own emotions, let alone anyone else’s.

11. They’ll Have the Desire to Settle Down, but Won’t.

Many times, people that are commitment phobia are also emotionally unavailable. People that are commitment-phobic are disconnected emotionally. This is why they tend to be players and many times they’re just looking for a hookup or a one night stand. They desire to have relationships where there’s little to no emotion involved. Many times people that have commitment phobia actually have that urge and desire to settle down, get married, and even have children.

The problem is that they don’t know how to get to that point on an emotional level where they’re even able to have a stable committed relationship. This is why many people that a commitment-phobic will lie, cheat, or manipulate you with different mind games. Many times they’ll tell you what you will need to hear in order so that you’ll let go intimately. People with commitment phobia like anyone else want to feel warmth and closeness. The problem is that they can’t control their fears to the point where they can feel that warmth and closeness for a long duration without wanting to get up and leave.

When someone is commitment-phobic, they’re almost always emotionally unavailable as well. This means that they tend to avoid intense emotions and feelings whenever they can. When things seem to get too intense or emotional, they’ll tend to disappear, ghost, or become distant. They create distance at times when everything is at it’s best, and when things seem like too much work or struggle, they’ll tend to close the door, and end situations.

They’ll tend to act very distant, elusive, cold, and “busy” when it comes to being included for special events. They might even disappear during certain, if not many special occasions. Those occasions can be anything from Birthdays, Valentine’s Day, anniversaries, holidays, or anything else where feelings, emotions, and closeness would normally be present.

6 thoughts on “13 Facts About People with Commitment Phobia” 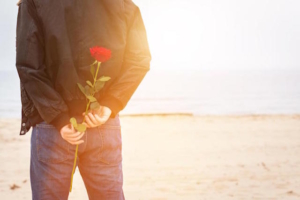 Honesty and Loyalty Go Hand in Hand
My take on a "Ryan's Roses" call.