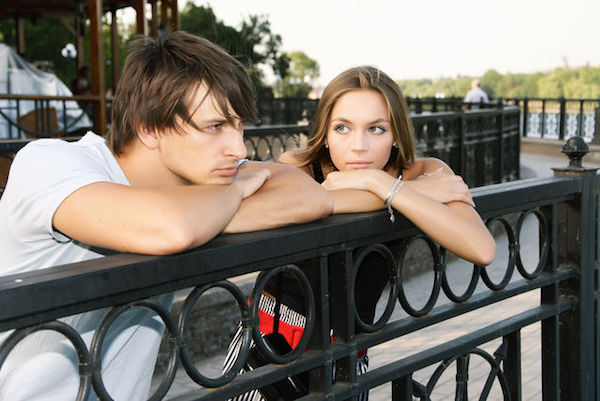 Not only don’t other people like to be compared to someone’s ex, but you likely don’t like to be compared to someone’s ex either. Everyone wants to feel like they’re your very first love, and that your relationship with them tops all others that you might’ve experienced in your past. Having said that, those are pretty high expectations, so it’s important not to get caught up with so many comparisons, because either you or your partner isn’t going to be brutally honest about it, or it might even cloud your mind with confusion as to, “Well what the hell am I doing with this person, being that my last relationship and partner were so much better!”

We don’t need to cloud our minds with toxic, pessimistic, or negative thoughts that will end up getting us nowhere. It’s true, many times we question ourselves and the situation that we’re in when things are actually pretty darn good. Our past and our exes are usually in the past, because the person wasn’t right for us or for whatever other reasons.

The past should remain in the past, and if you’re in a new relationship, then it’s important to give that new person a genuine chance and a fresh clean slate, without bringing in baggage of comparisons from what you’ve experienced in your past. You should never compare the person that you’re dating or in a relationship with to anyone from your past, and for many reasons.

The sole reason isn’t just because it might cloud up your mind with confusion or doubts towards who you’re with right now. But even more so, it could bring drama and turbulence to your current relationship. It’s more than a good idea to prevent the unnecessary drama of asking your partner too many deep questions about who they’ve dated, why their relationships didn’t work out, and to the point of wanting fine detail.

It’s really all irrelevant why someone’s past relationships didn’t work out, at least to some extent. Don’t get me wrong, because if you were in a very long relationship or even more so – a marriage, and things didn’t work out, the person that you’re starting something new with might ask you why things didn’t work out, and you should give them a direct and honest reason. But again, going into such fine detail to the point where they might question your love for them is just too much. There’s no need to provoke a healthy relationship by digging into someone’s past, and asking them unnecessary and undesirable questions that might only bring added, unwanted tension that.

Many times because of our past, and because of what we’ve learned from it, we become such amazing, strong, and enlightened individuals. Having said that, if you have a lot of baggage that you’re carrying around from previous relationships which include wounds, heartache, and things of the sort that have made you into the type of person where you’ve built emotional walls, where you don’t trust others, and you don’t give people a clean slate, then you’re likely not even in a place that you should be dating at all.

If that sounds like you, then I’d rethink being in the dating scene or staying in your current relationship altogether, and at least let your partner know why you’re not ready, because that’s a pretty darn good reason to break up. It’s important to be emotionally available when dating someone new, and in order to give a new situation a genuine chance. It’s imperative to have an open heart, and to give each new situation a clean slate without bringing in any wounds from your past which would make you want to compare your new partner and your new relationship to your ex even more.

Remember, comparing your current love to your past love won’t do you any good, and your partner likely won’t be pleased about it either, and neither would you if they were the one’s doing the comparing. There’s never a good reason to open up Pandora’s box, or to even dig into someone’s past to the point where it could bring up negative feelings and issues for your current relationship.

Life is about happiness, and when it comes to building a new relationship with someone, you should do so in a loving and happy manner where you concentrate on who you and your partner are today, and how you’d like to go forward in life, as well as seeing if your partner’s hopes, dreams, and desires are aligned with yours.

Last but not least, if you’re the type of person that keeps comparing your current man or woman to an ex to the point where it affects you or them, then you might actually be with the wrong person. Unless of course, it’s in a positive manner where you’re stunned and to the point of feeling ecstatic because your new partner is so damn incredible, and you feel that nothing in this world has ever even remotely compared to him or her. Then it’s okay.

3 thoughts on “The Mistake of Comparing Someone to an Ex” 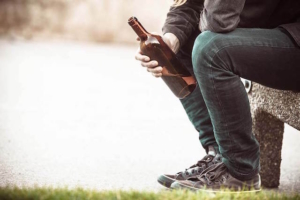 When People Cause Their Own Misery
We're usually the cause for our own destruction.