I wanted to write an article about one of the worst forms of toxic people. This particular form of a toxic person is one that unfortunately doesn’t get as much attention as it deserves. The toxic person that I’m referring to is “the provoker.” The provoker is someone that provokes someone in order to get a response or some type of reaction. Whether someone knows that they’re a provoker or even if it’s on some hidden subconscious level, they’re capable of just as much damage as someone that’s abusive. The reason being is that provoking is a form of abuse. You see provokers are actually bullies.

People that are generally good at provoking people unfortunately, tend to be more of the intelligent types because they have a way of manipulating people, and at times, without even realizing what they’re doing. Like I said before, many times the provoker doesn’t even realize the power that they hold within themselves when they’re provoking others.

Here are a some examples of a provoker:

Have you ever given someone the middle finger when driving or even seen someone else do it? Well, that’s a reaction but, it’s also emotionally provoking. Now taking that action to the next level…

In response to receiving the middle finger at someone for whatever reason, if you smile at the person, as if you’re happy that they’re angry to the point of giving you the finger, that’s even more destructive. You see that’s playing mind games, and enjoying the misery and agony in another person, and even worse than that, you’re letting them see that you enjoy seeing their pain. That will likely provoke them to an even higher level of anger.

Another example would be simply enjoying the pain in others, and smiling at them while you’re aware of their suffering, knowing that that particular type of (evil) smile will cause them even more misery. Another form would be bullying someone or purposely annoying them to a point where they want to react. When it comes to relationships, one very common act of a provoker is when a person intentionally provokes their partner knowing what triggers them to feel anger or hurt, and uses it to their advantage.

Some people might even be so selfish that they don’t realize how they’re provoking others around them.

We all have our own issues that we need to work on in life. Some of us have more issues than others. But, we all have our own issues, and we can all work on self-improvement. People should spend much more time in the self-help section than they do in any other section of the library or bookstore. It’s imperative to work on ourselves as beings and strive towards becoming better and more enlightened people. It’s unfortunate that many times we end up in bad relationships where we feel nothing but misery and unhappiness. Many times, in those relationships, we even feel a struggle to leave, because we get so used to a person, and even when they’re toxic, we stay.

It’s important to regain control over our lives, and remember that the goal in life is happiness. We need to be happy in all of our relationships, including our friendships, and our family relationships as well. Relationships should bring more happiness, not less, and it’s imperative to surround ourselves with people that bring more joy into our lives, instead of creating more misery and turbulence for us.

Nothing is worse than when someone acts cruel, heartless, insensitive, and says mean things just to trigger you. We all have trigger words, and things that we know we shouldn’t say. If you don’t realize that your partner has certain trigger words that you shouldn’t say, then you need to spend more time getting to know your partner. It’s important to know who you’re dating, in a relationship with, and even more so, who you’re married to. You can’t expect to have a happy and healthy relationship for the long term if you don’t really know who your partner is, and what triggers them.

When you find out what triggers your partner, you should avoid saying or doing those things. This doesn’t mean that you’re avoiding walking on eggshells. On the contrary, it’s all about having common courtesy, being a decent human being, and most of all, having a little common sense. When you know something hurts another person, it’s simple, and you don’t do it. No one should walk around being on eggshells, afraid to talk, speak their mind, or give their opinions.

Everything you say and do in life should have a pure, good, and positive motive behind it. No one deserves to be treated poorly by anyone. If someone uses trigger words, and says hurtful things in arguments to you or simply to provoke some type of reaction in you, they’re basically using emotional weapons to battle in your relationship, and that’s completely toxic. You should never stay in an unhealthy relationship. Depending on the situation and on how bad things are, it’s always important to communicate your feelings first, and foremost before doing anything drastic like ending a relationship.

Keep in mind that communication is everything in relationships, and sometimes your partner might not even realize that they’re triggering you or that they’re provoking you on any level. It’s important to address all issues early on, and when you see them starting to develop, before they turn into something that might be harder to fix down the line. It’s always good to nip things in the bud when the issues are just detected, and new.

Anytime you find yourself in a relationship where your partner triggers you or provokes you to react in different ways like becoming angry, upset, or feeling any type of pain, remember that their actions are toxic, and you need to address the issue to them as soon as possible. Nothing’s worse than being in a relationship with someone that provokes you on a daily basis, and no happiness can come of it. On a last note, and perhaps most importantly, although we’re all just human, and we all have a tipping point, it’s important to have enough self control and inner strength when dealing with the provoker not to negatively respond. But instead, to view them as toxic people doing toxic actions.

Now, if you’d ask me, I’d have to say that thriving on drama is a clear and obvious indication that someone has issues and is completely toxic. This goes for when they’re aware of what they’re doing or whether it’s on a subconscious level. When people provoke others to get a reaction, it’s not only toxic, but it’s also completely self-destructive. We all need to take responsibility for our actions. We can always work on becoming more self-aware so that we’re less destructive in our relationships.

9 thoughts on “One of the Worst Types of Toxic People” 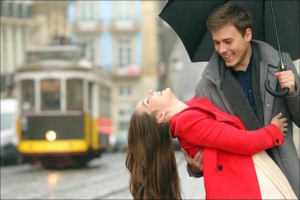 Why Physical Attraction Is Not Enough
Get to know the depth of a person's soul.