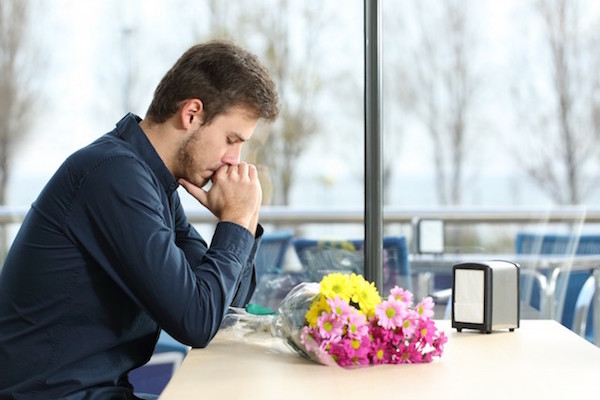 I’m sure that at some point in life, we’re all bound to get let down. At least, once in awhile. I mean after all, nothing ever goes perfectly smooth. And as far as relationships go, of course things should definitely flow for the most part, but when you’re dating someone new, and nothing flows or goes smoothly, there comes a point when you should say, “enough is enough.”

The right match for you might mess up once in awhile, because they’re not going to be perfect. And you shouldn’t unrealistically expect for someone to be perfect. I mean, come on, even YOU are not perfect! Having said that, when someone stands you up, flakes on you at the last minute, acts wishy-washy, changes their mind a lot about just being with you, makes promises that they don’t keep, lies to you, and isn’t a man or woman of their word, you should truly give that situation some deep thought, and consider saying goodbye.

Nothing feels worse than getting let down. Especially, when it’s by someone that you’ve developed feelings for, someone that you love, and someone that you trust. And you might be more of a sensitive type like me, where even a random stranger could hurt your feelings by saying something cruel, even when you know that there’s no truth to what they’re saying. But when someone that you know on a deeper level lets you down, it can be very hurtful, and sometimes hard or even impossible to recover from.

This is one of the reasons why it’s so imperative to go into new situations with caution. You should never be afraid to let your guard down, to develop feelings for someone, or even to fall in love. You’ll never experience or be able to embrace the joy and feelings that come with falling in love, if your guard is up, and if you have emotional barriers surrounding your beautiful soul to protect you. When protective, emotional barriers are up, no one can get to know you on a deeper level, and no one will find out who “the real you” is. But more than anything, you’ll never be able to fall in love with someone.

When someone lets you down once, depending on what it was, you have to figure out whether or not you will give that person a second chance, and whether or not they even deserve one. And if you’re dating someone that stood you up for a date, an event, a party, or even worse, a planned trip, depending on the extent of how they stood you up, you should rethink continuing dating that person.

Anyone that lets you down or stands you up after making definite plans with you, and especially when it’s at the last second, isn’t someone that cares about your feelings, and isn’t someone that you can ever truly depend on. You need to be able to depend on a partner in life. So, if you’re dating someone new, and they stand you up, you shouldn’t just let it go, and especially not without having a very serious talk about it.

People only treat you as bad as you let them treat you. And as far as love, a person that loves you will be selfless and care how they make you feel. Having said that, unless someone has an emergency—G-d forbid, or some type of logical excuse that absolutely and without a doubt is not only excusable, but understandable, then there’s really no excuse to let someone down at the last second. And the same thing goes for holidays, birthdays, anniversaries, and things like Valentine’s Day or even New Year’s Eve.

There are certain occasions that you shouldn’t be stood up for, and where someone never deserves to have a second chance. And unless someone has one of those incredibly understandable excuses, no one should put up with someone that treats them as an option, instead of a priority. You should never let someone take advantage of you that way, or coequal stay with someone who makes you feel that you and your feelings aren’t important.

We need to value ourselves more, and remind ourselves on a daily basis that we are a priority, that we should be treated like one, and will be treated like one by the right match. No one should settle for someone who makes them feel bad, or lets them down at the last second. And if you’re willing to stay with someone who stood you up, make sure that you at least have a serious conversation with the person that let you down, because they should not only be apologetic and remorseful, but they should reassure you that it won’t happen again. 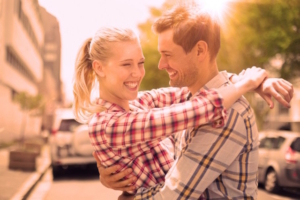 5 Ways to Bring Back the Love After Arguments
When the love is there, making up can be loads…