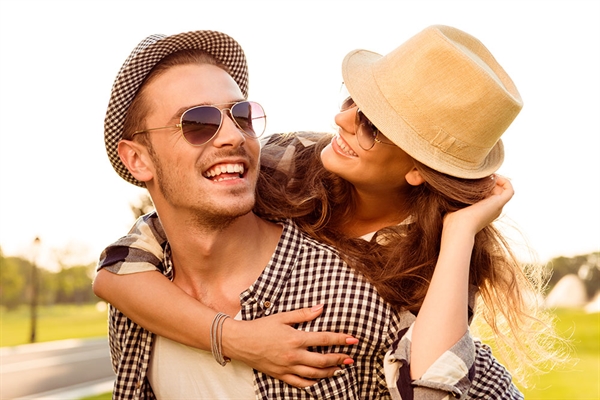 It’s always important to be on the same page as your partner. As well, when exploring a new relationship, it’s important to discuss your future goals and a timeframe for things that you’d prefer things to happen in your lives. You should feel comfortable enough to freely speak your mind and you should agree upon a certain timeframe, whereas, if your relationship goes well and you want to take things to the next level, you’ll be more prepared and have an idea of what to expect. You need to go at a pace that’s comfortable for you and your partner, where you’ll both feel at ease and know that you’re on the same page. These types of things should be agreed on early on, and even before exploring a relationship together.

One problem that some couples run into when they’re already in a relationship and things seem to be going well, is that one person might change their feelings about what they’re comfortable with, and they might even change the agreed-upon timeframe. When a person changes the timeframe that they agreed upon, stalls taking things to the next level, doesn’t keep their word, and break their promises, it can be a real let down to the other person. In a scenario as such, the other person might feel as if their partner’s intentions weren’t pure, and that perhaps they had some type of ulterior motive.

When a couple explores a relationship with one another, they’re putting their trust into their partner, letting down their guard, and making themselves vulnerable enough to develop feelings for them, and even becoming closer on an intimate level. When someone changes the timeframe that they agreed upon early on in regards to taking things to the next level, or completely stalls things, breaks promises, or acts as if they’re scared, not ready, commitment phobic, or makes any type of excuse as to why they can’t move forward, it can be quite tormenting to the other person.

In a situation like that, it’s important to communicate your feelings with one another, because if you’re going to stay together, you need to be on the same page, even if your timeframe has changed. Having said that, when one person has changes their mind and decides that they’re unable to keep their word or not ready to move things forward in their relationship, or completely changes their mind in any way, the other person needs to make up their mind as to whether to stay and fight forward, agreeing to their partner’s new pace and time frame, or they need to move on, and terminate the relationship.

It’s important to be honest from the very get-go. Part of being honest is having pure intentions, and keeping your promises. It’s unfortunate for the person who changed their mind, backed out, or broke their promises and agreed-upon timeframe, because sometimes the other person will end up breaking up with them, and breaking their heart in the process. You see, what they once agreed upon when they first started out was changed. And rather than feeling stuck or as if they need to change what they want simply because their partner had a change of heart, etc., isn’t fair to them. And just because their partner changes their mind, that change might not work for them. However, despite the fact that the person who changes their mind might end up being heartbroken because their partner left them, they need to own up to the fact that it was their own fault, their own doing, and accept the consequences for changing their mind.

It’s important to be fair in a relationship, and being on the same page is a must. So when someone changes their mind on a major issue like what pace or time frame you agreed upon, then it might mess up your future plans and goals. You should be on the same page as far as what you’re both comfortable with, and how you feel in regards to your future when it comes to things like work, marriage, and having children, etc. Not many people will stand to be toyed with, having their emotions played with, or being with a partner who completely changes their mind, and selfishly, no longer cares how they feel about it and how it might affect them.

Remember, when you’re looking for certain things in a relationship, you need to let your partner know just how important they are to you, and what time frame and pace you’re comfortable with. Otherwise, you might end up being one of those couples saying that the main reason for why they broke up was all in regards to timing, and blame it on that. Having an excuse like “the timing was off,” is not a good excuse, when you were clear about your intentions, and you openly discussed the pace and timeframe that you were both comfortable with in the beginning. It’s imperative to be on the same page when you’re in a relationship so that things flow, and so that issues like these don’t come up.

Last but not least, one unfortunate thing that tends to happen in the dating scene, is that people will tell you that they have pure intentions, and they’ll tell you that they want similar or even the same things in life and in the future as you do, and they might even agree to a certain timeframe and pace that you’re comfortable with. But at the end of the day, many people will ulterior motives, and they’ll lie and use others until they get what they want, not caring who they hurt in the process. It’s important to be cautious when going into any new relationship, and to look out for any red flags where someone might be misleading you, and especially if they have a track record of lying or breaking promises.

Many people will tell you what you want to hear, and what they feel you’ll need to hear in order to get what they want. But remember that words can only get people so far, so make sure that your partner’s actions and words are both aligned, because anyone can give you lip service. But the right person, and by right, I mean your soulmate and your best possible match, won’t give you lip service, have bad intentions, ulterior motives, or be selfish enough to break their promises. And yes, sometimes people will have a change of heart, and unintentionally hurt others by having a change of heart or wanting different things a later point, but because of that, they need to deal with the consequence, which might be the loss of their relationship. 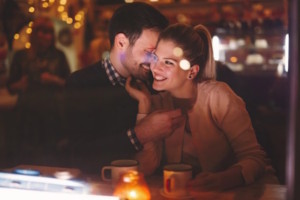 Empty Intimacy, Fake Love, Rebounds, and Transitional Relationships
Make sure that you're intentions are pure, and that you're…