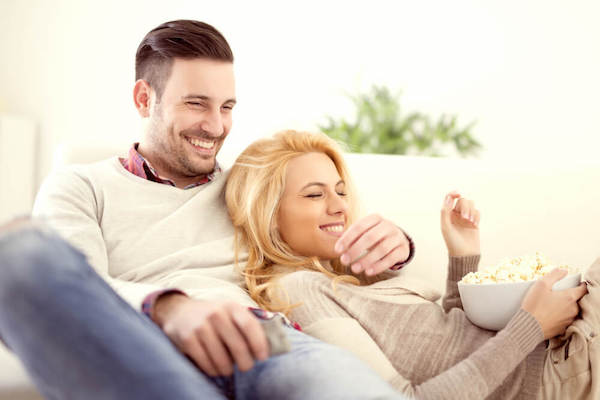 When people have been in the dating scene for over a certain amount of time, a few things happen to them. For one, they tend to get used to doing things a certain way, and that way is usually their way. As well, making the change from being completely independent and on your own, to being with someone, whether in a relationship or even more so, when living with someone or getting married, it can be quite a change. It’s so utterly important to understand that to gain a person in your life who will hopefully become your best friend, a partner, and everything you’ve likely been dreaming of, you have to make the appropriate changes that go along with gaining such a treasure, and that takes being mentally prepared for what’s to come.

When you’re single and living alone, you tend to be more independent, where you set the rules, and you make all of the decisions. When you get into a relationship with someone, and obviously more so when you’re living together or married, you have to get used to a whole new lifestyle where listening, communicating, sharing, giving, being selfless, and being considerate are all things that you’ll have to get accustomed to.

When you’re single, you don’t have to answer to anyone and can make decisions on your own, without having to consult with anyone or ask anyone’s opinions. This is something that comes with the package of enjoying and embracing a life with someone. If you’re making a change in your life where considering to take the next step and live with someone or get married, you need to start concentrating on all of the positives that you’ll have together, instead of what you’ll be giving up.

As we grow in life, we’re constantly changing. As we change, we need to learn how to adjust to new and different situations in which things might not always be the way that we want or prefer them to be. For some people changing is hard, and although it can be difficult to alter your habits and ways that you’re likely quite used to, it’s something that you must do when you decide to be in a relationship, live with someone, or get married.

No one should have to change who they are as a person, but more so, the little things. You’ll learn and adapt to certain changes and differences. And you’ll do so by compromising and with time, mostly by learning and listening through good communication. The closer that a couple gets in a relationship, the more they need to be considerate of the other person’s feelings, opinions, likes and dislikes. When you’re in a relationship, you can no longer think only for yourself and be as selfish as you might be when you’re single and living alone.

When you’re living with someone or married, you need to take your partner’s feelings into much consideration for nearly everything. This is why many people these days have considered the unorthodox, unconventional idea of moving in together before marriage. That’s a personal preference, and I’m not saying whether that’s good or bad. I’m merely stating that many people feel that it’s easier to truly get to know someone to the maximum extent when they see them on a day to day, and nightly basis. I personally don’t think it’s necessary to live together before marriage, because when a couple spends enough time together, asks enough questions, and genuinely acts as themselves, they can get to know one another just as well.

No two people will ever be exactly alike, despite how many common interests they have or even if they agree on most things. Each and every person is an individual and tends to do things their own way. We all get used to doing things certain ways by how we’re raised, what we’ve seen, from watching our role models, or even by learning and growing from education, and reading. As well, many times people simply use their logic when it comes to doing things in certain ways. Despite how we’ve all learned to do things or why we do them for that matter, we get used to our ways, and more so, we find it harder to change the longer that we’re single adults.

It’s imperative that we all realize that change is not necessarily a bad thing, despite how hard it may be for some of us. Every moment, every day, every year, and with every experience that we go through in life, we grow and learn. To grow and learn is to change, and to change can be a beautiful thing when it’s something for the better. Remember, if you’re exploring a new relationship or deciding to get closer with someone by living with them or getting married, you need to not only expect to change certain things about your daily lives, but you should embrace those changes, and be open to them as well.

If you want anything bad enough in life like to be with someone or get married, you need to alter your daily habits and ways of doing things so that your relationship and life together will provide mutual comfort and happiness. In order to do so, it takes give and take in the relationship. Couples need to always and consistently concentrate on maintaining their state of happiness as a team. Balanced relationships usually involve two people having to adjust and alter certain aspects of how they were, and develop an openness to growth and change in order to make things work, and enhance their lives together as a couple. 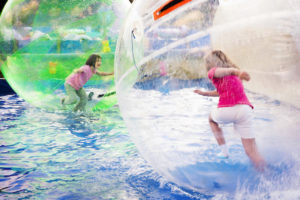 In a Rut? 4 New Recreational Activities to Try This Spring
Some very fun and creative things to do this Spring.