When it comes to dating, it’s important to ask a lot of questions and truly get to know who a person is, and what they’re all about. Small talk is always good. But there should never really be very many uncomfortable silences during early dating. Things should generally flow during early dating and while getting to know someone new.

There are many, upon many endless questions that you can ask the person that you’re dating. It’s important to be a good conversationalist or at least strive to be one. Having said that, you should be weary of bringing up uncomfortable subjects or even prying into personal matters when you feel that the person you’re dating is getting uncomfortable or uneasy by their expressions or from what they say.

You should never have to force someone to open up to you in any way. For some people, it takes a bit of time to open up to a certain extent or to the level that you may desire. But if you’re patient, in time the right person will open up to you if they’re emotionally available, and when they’re ready. There are many types of people that will literally tell you to ask them anything that you want, and refer to themselves as being an open book. In cases as such, you can be more open to asking certain questions, and not feel as if you’re prying too soon.

One thing that people should definitely avoid doing during early dating is talking about themselves too much. It’s a big sign of being selfish and self absorbed. Try to be conscious of whether or not you’re doing this, and go out of your way not to if you feel that you’re the type that tends to get carried away, and do most of the talking. Part of being a great conversationalist, as well as being great company is being a good listener.

Even if the person that you’re dating tells you to open up, share with them, and tell them about yourself, it’s important not to go overboard. You have to be patient in order for people to develop a certain comfort level in which they’ll naturally want to open up to you. You should never go overboard during early dating or while getting to know one another. Having said that, I still believe that asking important questions early on is imperative so that you can both figure out if you’re the best possible match sooner, rather than later.

You should never stretch out dating a person for a long duration or avoid asking certain questions that are essential in figuring out whether or not you’re a good match for one another. You should definitely try to figure out during the first three dates whether or not you both ultimately want the same things in your future. As well, it’s important to find out whether you have any common interests or view certain matters in the same way. In addition, we should all have a must-have list, and try to see during those first few dates whether or not the person you’re dating has any of those qualities.

Lastly, one thing that’s important to remember during early dating is to have fun and enjoy the moment. Many times people turn early dating into a feeling of nonstop questions, where the other person feels as if they’re on an interview. I’ve heard so many stories in which people feel as if the dating scene has turned into a type of job interview so to speak. No one wants to feel as if they’re going to an interview when they’re dating. Dating should be fun and exciting, and the whole point is to get to know one another, and to see if you’re a good match or not.

Like I said, if you go about dating in the right manner, you’ll find out sooner, rather than later whether or not you’re the best possible match by the questions that you ask, and how well you communicate with one another. So the next time that you go on a date, keep these tips in mind, and watch your dating and romantic life drastically improve. 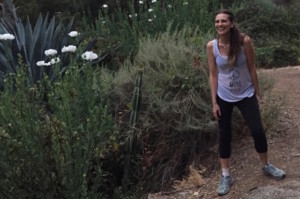 Saying Goodbye to Toxic Relationships
Use your logic, and find the inner strength to recognize…