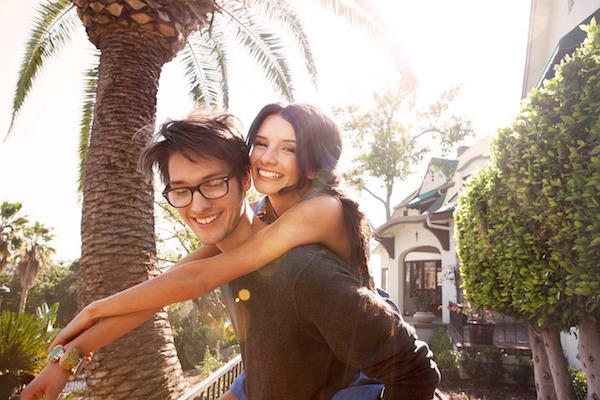 These days, in this dating site world, people are getting so easily replaced. How did we all become so easily replaceable. It seems like we’re all easy come, easy go. Many people seem to have a mind frame of, “I don’t like this one thing about you, so peace out!” Are there that many beautiful and amazing people out there, like me? Seriously though, how do people just leave so easily? It’s almost as if everyone has so many people knocking down their doors or there’s a line at their front door or something.

I’m not sure if it’s an LA thing or if it’s a general 2017 thing. But, it seems that if you’re dating someone, you both have feelings for each other, but you have a little argument, the person leaves and you never hear from them again. Someone once told me a piece of advice that I’ve used to this day. Actually, I might’ve read it in one of Rabbi Zelig Pliskin’s books. He said that once you make a final decision like marriage, you should concentrate on all of the positive and happy things that are good in your marriage. In other words, don’t complain about what you don’t have in your marriage, but concentrate on what you do have, and what’s so great about it. This rule only applies to married people.

This brings me to this point I’m about to make. When you’re dating someone or if you’re in a relationship, you need to appreciate the good, but acknowledge the bad and definitely, acknowledge the red flags. Once you make a decision as serious as marriage, you’re supposed to concentrate on all of the good so much so that you won’t want to leave when things get hard. If you concentrate on the bad things and where the marriage is lacking, you’ll always be unhappy and want to leave. When you’re dating, it’s so imperative that you look at the good and the bad between the two of you, and make a healthy decision about being with the person.

I’ve already written an article specifically about acknowledging red flags. What that article didn’t say, was that when you’re married and you start to see a red flag, too late!! You’ve made a decision about marriage, which is supposed to be for forever. When you’re dating, you need to concentrate on the bad, more than the good. I’m not saying to be a negative person, and not to appreciate the good things in the relationship. What I’m saying is to acknowledge the ways that you’re incompatible with this person, and get to the point to where if you see that you can’t be with this person long-term, then you should leave.

Having said that, when everything is good in a relationship, people still argue sometimes. People argue and fight at times, because no two people are coming from the same upbringing. We’ve all learned to do things in a different manner. Everyone was taught things in a different way, by different parents. Even if you have a lot in common with another person, you still don’t agree on everything. Some people are more passionate than others and express themselves in a more intense way. People handle disagreements in different ways. Some people get very quiet when they get angry and some people fight it out. In this article, I’m not going to judge or specify what I think is better as far as ways of arguing.

When we find that special someone, and we know we want to be with them for the long-term, we stick around. Once you get to that point, where you weigh out the good and the bad in the relationship, and you decide to be with them, you need to make it work. There will be moments you’ll disagree and argue, but to figure a way to make it through the hard times, is everything. What we all need is to find the person who’s going to stick around with us through thick and thin. We need to find that partner in life that won’t leave when things get rocky. There will always be bumps in the road, which we didn’t expect, but we need to remain committed to the other person. When you know a person won’t leave, and you have that security where a fight or an argument won’t end the relationship, your relationship develops a backbone. The point is to find someone that will stick around and fight it out.

Many of us were raised in a stable, loving environment, with lots of security, and nothing but unconditional love from our families. Unfortunately, some of us weren’t raised with that security of knowing our families loved us unconditionally. I’m not saying that you should bring in issues from your past that are unresolved. I think it goes without saying, that many of us need that security in knowing that someone won’t easily walk out the door and leave, when things get rough. Have you ever heard the song, “When The Going Gets Tough, The Tough Get Going,” by Billy Ocean?

I feel that everyone would be more comfortable and some people would even thrive in an environment where they know they’re allowed to be themselves. There will be times when we all get upset. After all, who wants to be surprised after you’re married, that the other person has a horrible temper or something. Can you imagine, if you didn’t know your spouse had such an awful temperament? Imagine if they couldn’t express themselves, because they were afraid you’d leave. It’s so important that we express ourselves in a healthy manner. I don’t think it’s good to hold things in and let it build up, because you’re asking for an explosion later. The best advice I would say would be to nip things in the bud.

When you plant good seeds now, beautiful fruit grows later. When you plant bad seeds now, you get ugly fruit. It’s as simple as that. If you put love and effort into your relationship now, you get to enjoy the beautiful things in life together later. If you don’t take care of each other, develop bad communication, and have unresolved pain from one another, it’s going to be much worse later. Remember, if you’re looking for a perfect relationship, where there’s never any fights or disagreements, you’ll never find it. You’ll never find it, because it doesn’t exist.

The point is to find the best possible match for you and to develop a healthy way of handling disagreements together. A healthy relationship takes effort from both people. A healthy, loving relationship takes time, effort, and dedication. It doesn’t just happen overnight. People aren’t just born perfect for each other, even if they consider each other to be their soulmates. Relationships and marriage both take work. Plant good seeds now, and enjoy the delicious fruit later. 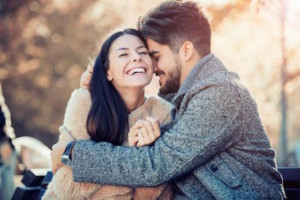