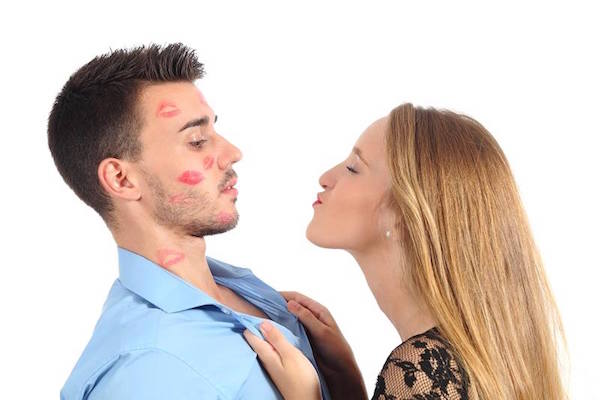 There are many different ways in which people are emotionally unavailable (EU), so I felt the need to separate some of the different ways into different articles. One of the ways that people act in an emotionally unavailable way is by wanting what they can’t have. There are many ways that people display this act. In this article, I wanted to go over some of the ways that people display this particular act, and why they’re doing it. As well, I’d like to help people become more self-aware, and recognize the damage and pain it can cause to themselves, and to others. In addition, I wrote this for those who are emotionally unavailable and wanting what they can’t have – because they can’t have it. I’m hoping that this will open their eyes, make them more self-aware, and start to see how it can delay them, and others from finding their one true love.

Sometimes people want what they can’t have because they thrive on the chase. Being that men are predominantly the aggressors as far as dating and relationships go, they’re usually the ones that tend to chase more. Men that take “the chase” to an extreme level usually fall into the category of being emotionally unavailable. The reason that those types fall into the class of being EU is that once the chase is over, they no longer want what they were chasing. People like this usually only want to know that they can attain something, and aren’t necessarily in it for the long run. Now don’t get me wrong, being emotionally unavailable doesn’t define anyone as being a bad person. It merely defines someone as being emotionally unavailable, not very self-aware, and definitely, not in a place to be dating anyone. When someone thrives on the chase to the extreme, they usually get bored and lose interest once they attain what they wanted.

When someone is emotionally unavailable (EU), they’re not ready to date, be in a relationship, and definitely, not ready to get married. There are many reasons that a person becomes emotionally unavailable. A person could be a widow, recently had gone through a heartbreak, recently out of a long-term relationship, they were raised in an unhealthy environment, they don’t have pure intentions, or they’re just looking to hook up or “have fun,” as well as many other possible reasons. When you find out that the person you’re dating is emotionally unavailable, you need to get out of that situation as soon as possible. There’s no sense in getting attached to someone who will never get attached to you as well. Why put yourself through the heartache.

When we’re talking specifically about the type of person who wants what they can’t have, we’re dealing with a person who’s completely disconnected from their emotions. Well, maybe not 100% completely, but they’re pretty far up there. Many times, people start dating someone, and possibly for a while, but the emotionally unavailable person finds things wrong with the person or the situation, and why it’s not right for them. They may put the blame on the other person, saying that they have certain issues that they simply can’t deal with, or find reasons that they’re not a good match (which to you, never really seem like very logical reasons), or they might even put the blame on themselves. Sometimes, when an emotionally unavailable person tells you, “it’s not you, it’s me,” they’re not referring to the Seinfeld episode that we all know and love. They’re more so referring to the fact that they realize that they’re unable to let themselves love you. As well, they’re also aware that they’re incapable of opening their heart up to you and letting you in. They can’t commit to you, and either realize that they have a problem, or are in complete denial of it.

One very common thing that emotionally unavailable people do is let the person who they’re dating go for this and that reason. They don’t usually have logical reasons for letting them go, but they could. And if they don’t have very logical reasons, they might just start throwing out reasons that they think will make sense to you (especially, if you’re dating a smart or intellectual type of emotionally unavailable person). Once the EUP lets someone they’ve dated go, and after having set them free, they might hear of, or notice that the very person that they’d dated has moved on, and found someone else. This does wonder for the emotionally unavailable person! Suddenly, that very same person that they’d turned down and set free becomes more appealing to them, seeing them with someone else. This is an example of when an EUP wants what’s unavailable to them because it’s unavailable.

When a person can’t connect to their emotions, they’re usually unable to fall in love with you, or at least, they’re unable to have that love be real and genuine. The reason that an emotionally unavailable person doesn’t “truly” love the person that’s suddenly unavailable to them, is because an EUP usually tends to want what they can’t have. As well, once they have it, they likely won’t want it anymore, unless they’ve truly worked on being more of an emotionally available person. An emotionally unavailable person likes the chase more than anyone else, which adds to them liking the game of playing “hard to get.” The only way to obtain the love of an EUP, is by playing hard to get, but that doesn’t mean that there won’t be problems down the line. And in the long run, if you do end up with them, it will be very likely that problems could arise.

Unless an emotionally unavailable person works on themselves, recognizes that they have a problem, and learns to completely open up their heart to others, they will never find true happiness in love or in life. Being emotionally unavailable isn’t something permanent, and can be worked on. Having said that, no one should be dating or let themselves get attached to someone who they can already tell is emotionally unavailable. An EUP can heal, have an open heart, and love someone, just like anyone else. But first, they must recognize that they have a problem, understand that they’re not ready to date or get into a new relationship, and know the consequences that it could bring to others and to themselves when they date and so on, before being ready.

Sometimes it takes more than just “time” to heal, for a person who’s emotionally unavailable into becoming emotionally available. Sometimes it takes reading a lot of self-help books, going to therapy, confiding in someone who’s more of the wise or inspirational type of being, perhaps a Rabbi, a Priest, a family member, or a really good friend who you trust. Either way, whomever the EUP decides to confide in, if at all, it’s going to take a lot of work, time, effort, and knowledge before being able to fall in love again. The only thing that will be holding them back if they don’t change, is themselves. 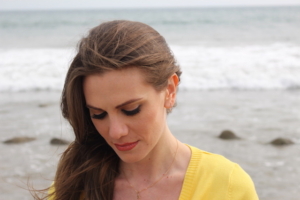 Why We Go After the Same Types of People Again, and Again
You attract what's familiar. Be cautious that you're not attracted…