When you become a parent, there are a lot of people who will offer you advice. One of those pieces of advice is to be a team when it comes to raising the children. This means being by each other’s side and backing each other up when your child misbehaves, having agreed upon a plan of action ahead of time instead of each wanting to implement a different punishment and arguing about it in front of your child. It is best to be a united front with children so they have stability and aren’t getting mixed messages from the two of you.

The advice to treat your relationship as a team effort isn’t just good for parenting, it is great for relationships in general. Even when you don’t have children, you do have people watching you, some almost voyeuristically waiting for you to make a mistake and give their two cents on your relationship, whether in public or private.

Here are 5 ways to achieve the goal of being a team couple!

Does your spouse have a pet project they like to work on? My husband and I both do (multiple projects, really), but we struggle with finding the time to work on them with our busy schedules. This dilemma is the perfect opportunity to find out how to support your spouse. Ask each other how you can help accomplish each other’s goals and then follow through!

For me, getting time away from my toddler for a breather and a rest is what helps the most, then I plan on working on writing or household duties during part of the time I am given. My husband needs time alone outside of the house because that is where he feels mentally free to write and work on projects. We rotate fulfilling these needs so that we both have the ability to work on things each week.

Part of being a team couple is being each other’s biggest fans. Encourage your spouse, even when they don’t believe in themselves or what they are working on. My husband and I both go through periods where we think everything we write is trash (all of my most popular posts are, in my opinion, not my best work). I can say with great certainty that this is not true for him, and he says the same about what I write. Be each other’s #1 fans and give gentle nudges in the right direction when one of you is having doubts.

3. Remind Each Other to Rest

Everyone needs a breather, but sometimes we need a reminder. My husband does this with me often because I have a habit of committing to too many obligations until I get to the point of exhaustion and want to quit content creation completely. He reminds me of the priorities (household and family first, then commitments in the order they were agreed to) and tells me to make sure I am eating and drinking enough, and taking naps when our toddler does when I need them. It is frustrating for me to not be able to do it all, but my husband keeps me from getting overwhelmed by helping me set boundaries with commitments and my time.

Since I am a parent, and I spoke about this in my opening paragraph, the best analogy I can give for this point is a story about my son.

My son is almost two and is a squeezie (our word for portable baby food pouches) addict. He generally only wants to eat the fruit squeezies if he knows they are available, so when it is just us at home, I hide the fruit squeezies until he has eaten two vegetable squeezies and some meat. When my husband is home, he is more likely to get fruit squeezies because my husband likes to spoil him, though he won’t give him any if I have said not to.

Just this past week I told my son he couldn’t have another fruit squeezie, so naturally, he goes to my husband in a different room and asks him to open the squeezie, vigorously shouting, “Okay!”, which is his way of giving himself permission for things. Thankfully my husband knew what was up and asked rather loudly if I had said he could have it. We had a good laugh about it and my son ending up eating some chicken instead, which is infinitely better of an outcome than a toddler hyped up on sugar.

Presenting a united front in a relationship also applies to things like social media. Allowing people a window into your relationship isn’t all bad, but you shouldn’t involve Facebook in your personal fights. It is unhealthy and disrespectful to your partner.

I’m not saying you should pretend to be perfect, but I am saying you shouldn’t allow people the ability to gossip and pass judgment on your private affairs because you deemed it necessary to put up something derogatory, rude or intentionally harmful about your spouse when you were angry during an argument.

5. Play Off Each Others Strengths and Weaknesses

This is about practicality, really. I pay bills in our household because it stresses my husband out to even think about them. He puts the dishes up on the higher shelves because I’m too short to reach them. I chase the toddler around all day because I’m better at keeping calm over long periods of time with a little human that could easily pass as drunk. My husband kills the spiders in this house, because obviously.

We operate our household by each of us doing the chores we are better at and delegating the ones we aren’t to the other person. It is an effective way to keep the household affairs less stressful and running smoothly.

Some great ways to improve your memory and feel great! 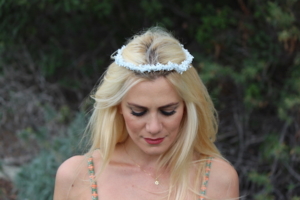 Are You Too Sensitive?
Or are others not sensitive enough.