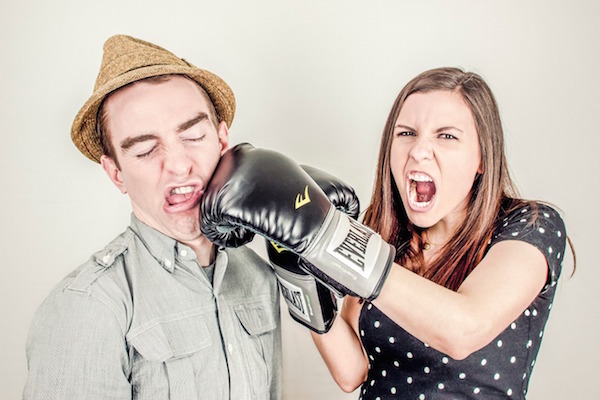 I write a lot about the importance of having pure intentions while dating. It’s always good to be on the same page as the other person. Being on the same page means that you’re going into a situation with the knowledge that you both want the same thing. It means that you’re going towards that thing or status at the same pace. If you’re both just having fun, then you should both be well aware that you’re just having fun. If you’re just looking for friendship, or if you’re hoping to get into a relationship, make sure you talk about it, so you can get on the same page. It means that if you’re dating with marital intentions, then you should both know that.

Regardless of what you’re looking for, you should be on the same page as the other person. It’s important to be honest and upfront about your intentions with each other. Having said that, some people’s intentions aren’t pure. Some people put themselves before others and don’t care who they hurt, in order to get what they want. I decided to write an article to help people figure out whether a person’s intentions are pure or not.

Not everyone out there is honest and it’s good to be cautious while dating. Once again, I said cautious, not scared. When somebody is scared of getting hurt while dating, their heart is not open to falling in love. Your heart should be open when you want to meet someone new, but you should be cautious. It’s always good to look for the signs or red flags that someone gives off (if there are any), when their intentions aren’t good. This article is for the playas!

We’ve all either known someone that’s been played by someone, you’ve been played by someone, or you’ve played someone yourself. Woman and men can play each other in different ways. For those of you who don’t know what it means to play someone, I’ll explain. When I say that a person can “play” someone else, I’m basically saying that a person can take advantage of someone else by being dishonest in order to get what they want. I don’t know about you, but I don’t want to be someone’s, “flavour of the week.” I always try to be cautious of those players out there that have ulterior motives.

Many people say and do anything to try to get what they want. It’s quite common these days actually for people to take advantage of others. Many people have forgotten what life is really all about. Life is about love, kindness, and evolving into better people. We can never really change the way other people go about their lives or try to change the way others think. But, what we can do is make good choices for ourselves, and teach good morals and values to our children.

I wrote this list for men and women. Some things on the list are for men, some are for women, and some may seem gender specific, but they’re for both. To all of the players out there, beware! I’m about to write a list of all of your secrets!

1. They’re all talk, no action. They say they will do this and that, but never get around to it (or never make the time). Endless promises but nothing to take to the bank.

2. They try to hook up with you within a short period of dating. It seems like they’re in a rush for intimacy and you feel pressured.

3. They pry into your finances and seem overly concerned with material things.

4. They act awkward when you ask appropriate early dating questions. They try to avoid talking about anything meaningful or serious, like family, kids, or any subject with heartfelt emotions.

5. They avoid romantic feelings. They definitely can’t say “I love you,” so don’t lose sleep wondering when that’s coming! It’s almost as if it’s not part of their vocabulary.

6. They don’t want to date you exclusively. After more than 2-3 months of dating, they still want to fish around and see what’s out there. They want to keep their options open, even though they still want you.

7. If they’re on dating sites and they refuse to deactivate them (after more than a few weeks of dating), or come up with excuses why they are still active, get out while you can. People should naturally want to turn their dating profiles off on their own, when interested in someone. Also, If a man’s not wearing a shirt in any of his pictures, swipe left or click on the next profile.

9. He drops you off at home, but drives away before you’re safely inside.

10. He calls you babe, sweetie, or baby, before knowing you (well enough to know that you hate it).

11. He rarely calls/texts you. He claims he’s too busy.

14. He asks you to go away with him the first week of meeting (no brainer). Here’s a piece of advice: Never travel with someone before being exclusive.

15. He stops dating you after a few dates of “not” hooking up (aka. making out).

16. He asks you out last minute, all of the time. He never plans dates in advance with you. And when it’s a woman, she only accepts last minute plans.

19. After she finds out that you don’t make a lot of money, she peaces out and does the disappearing act.

20. After 2-3 weeks, they still see you only once a week. If the fourth week passes and nothing’s changed, it’s time to peace out. Trust me, you’re not the only one they’re dating. 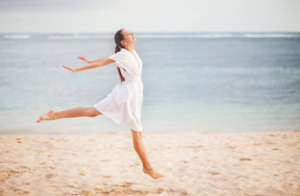